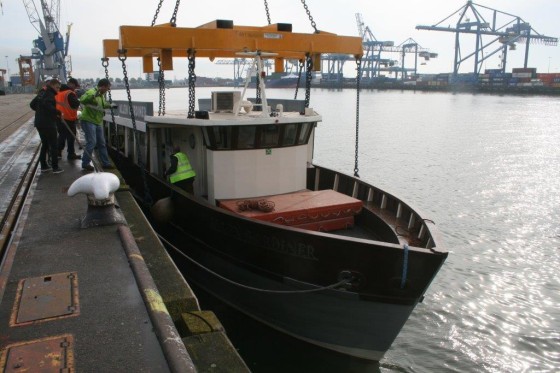 The excitement of the Allen Gardiner’s arrival in Rotterdam in the hold of the Blue Master ll was short-lived.

In the early morning darkness of Wednesday 16th October, the giant hatches of the Blue Master ll were raised and work commenced cutting away the welds where the cradle holding the Allen Gardiner had been welded to the ship’s deck. She was then lifted ashore for a Customs inspection. Customs sent four vehicles, ten men and a dog, and she was duly cleared. She was then lifted into the water and floated free of the cradle, which could then be lifted ashore. 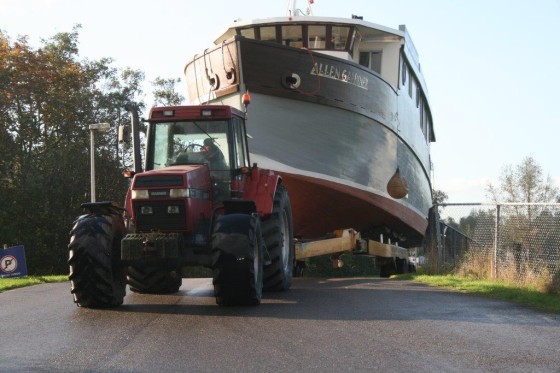 ALAS, the spreader to which the cradle is connected by four chains could not clear the forward mast, which had been cut to reduce the overall height of the vessel to 7.4 metres. The unloading gang therefore decided to float her off the cradle pulling her forwards. However, the lowest part of the vessel is the two propellers, and the 3.7 ton cradle pulled against these, bending a blade on each, unseen below the water. 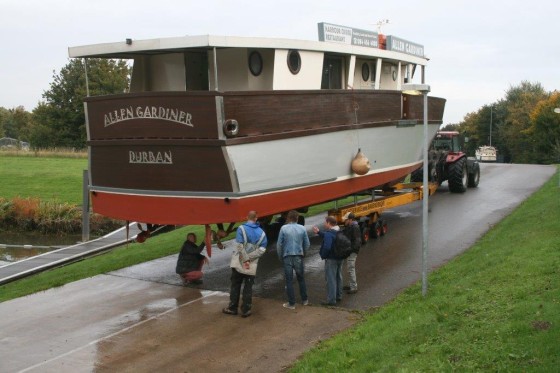 The net result was to limp around to a marina at Barendrecht, lift the Allen Gardiner once again, and repair the propellers, finally testing the vessel on the Oude Maas river on Wednesday 30th October two weeks later. Expensive and time consuming.

Since then, we have been waiting for a window of calm weather to sail the Allen Gardiner across the North Sea and into Ipswich. We hope to have her here around 25th November 2013. 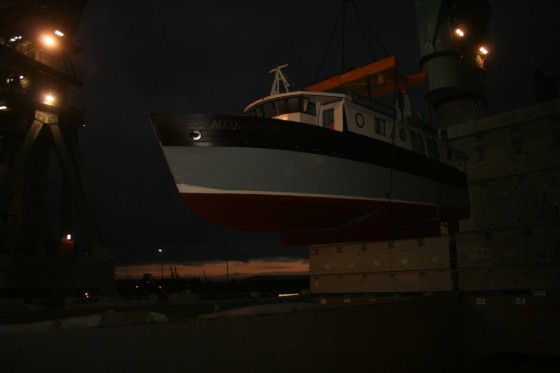 Always wanted to learn a martial art?
It’s never too late… Come and Try Taekwon-do at Beccles Taekwon-do Club
and bring the children, we will teach you all at the same time!!