BEING TOMMY COOPER, will visit the Marina Theatre, Lowestoft 9-10 May 2013 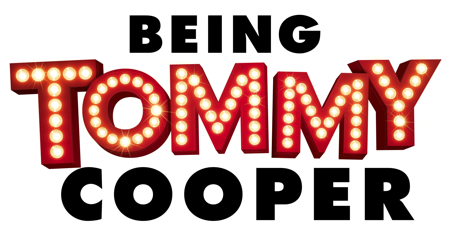 A NEW PLAY BY TOM GREEN

PLAYING AT THE MARINA THEATRE, LOWESTOFT

Las Vegas, 1954. In a small hotel room the up-and-coming Tommy Cooper faces the prospect of his first big failure. With the show closing and a warring relationship with his manager, Tommy finds an offer on the table and a drink in his hand. Powerful, provocative, painfully funny and true, Tom Green’s astonishing play celebrates the brilliance in Britain’s most famous comic and explores the pressures and loneliness of fame. The man who could make you laugh just by walking on to stage comes vividly alive in this confrontational new play.

Tommy Cooper is one of Britain’s best-loved comedians. After his television debut on the BBC in 1948, Tommy went on to star in many variety shows in a career that spanned four decades, most notably on London Weekend Television from 1968 to 1972 and on Thames Television from 1973 to 1980. By the mid 1970’s he was one of the most successful and recognizable comedians in the world. Tommy died in 1984, famously collapsing from a heart attack on live television in front of millions of viewers during his act on variety show “Live From Her Majesty’s”. 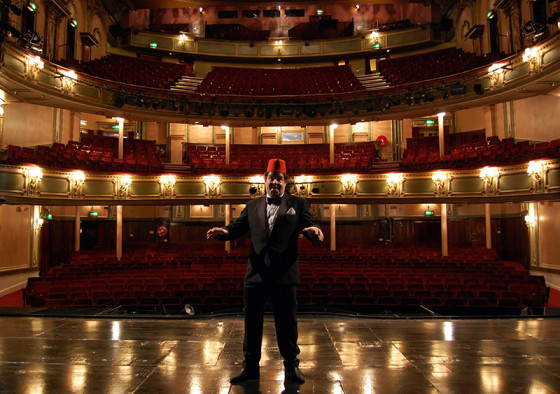 Damian Williams is no stranger to Lowestoft, having performed at the Marina Theatre on countless occasions, starring in shows including “Up Pompeii”, “Bed full of Foreigners”, “My Dog’s Got No Nose”, “Kissing Sid James” and “Hi-de-hi!”. Damian is also well known to television audiences as the presenter of “Damian’s Are You Smarter Than Your 10 Year Old” on Sky One. Other television credits include ‘Ginger Gahagan’ in “Billy Webb” and “Alfonzo Bonzo” for CBBC, ‘Lumpy’ in “Spatz” for CITV and ‘Ian’ in ITV’s “The Bill”. On stage Damian is well known as resident Dame at the Sheffield Lyceum theatre, a role he has played for the last five years. He has also appeared in repertory seasons all over the country in roles including ‘Bernard’ in “Don’t Dress For Dinner”, ‘Reece’ in “Communicating Doors”, ‘Hugo’ in “Spider’s Web”, ‘Gerald Thornton’ in “Time And The Conways”, ‘Michael’ in “Dancing At Lughnasa” and ‘Frank’ in “Educating Rita”.

Morgan Deare’s many theatre credits includes “Rocket to the Moon”, “August: Osage County” and “Buried Child” at the National Theatre, “Little Shop Of Horrors”, “Whistle Down the Wind”, “A Streetcar Named Desire, “Copacabana”, “South Pacific” and “Killing Jessica” in the West End, and UK Tours of “Carousel”, “Fiddler on the Roof”, “Little Shop of Horrors”, “42nd Street”, “South Pacific”, “A View From the Bridge” and “Annie”. Other recent work includes “Floyd Collins” at the Southwark Playhouse and “Sweet Smell of Success” at the Arcola Theatre.

Halcro Johnston has appeared in the West End as ‘Mr. Fezziwig’ in “Scrooge” at the London Palladium, ‘Mr Bumble’ in “Oliver!” at the London Palladium, in “Evita” at the Adelphi Theatre, “South Pacific” at the Prince of Wales theatre, “Les Misérables” at the Palace Theatre and “Beauty and the Beast” at the Dominion Theatre. UK Touring credits include ‘Lazar Wolf’ in “Fiddler on the Roof”, ‘Abner Dillon’ in “42nd Street”, ‘General Bellowes’ in “Doctor Dolittle” and ‘Annas’ in “Jesus Christ Superstar”. Television credits include “Doctor Who”, “EastEnders” and “The Bill”.

Rebecca Thorn has appeared in “The Devil’s Disciple” and “Fair Ladies at a Game of Poem Cards” at the National Theatre, “Harold Pinter in Havana” at The Print Room, “The Kitchen” at the Royal Court, “The Deep Blue Sea” at Theatre Royal Bath, “An Ideal Husband” at the Albery Theatre, “Under The Doctor” at the Harold Pinter Theatre, “Drive Ride Walk” and “Momo” at Greenwich Theatre and “One Dark Night” at Riverside Studios. Recent television work includes “Wallander”, “The Old Guys”, “Casualty”, “Prime Suspect” and “The Bill”.

Tom Green‘s plays include “Talking In Bed” at Theatre503, “The Death Of Margaret Thatcher” at the Courtyard Theatre and “Antigua” at the Finborough Theatre. Radio plays include “For Ever England” and “The Tent,” both for BBC Radio 4. Being Tommy Cooper will be directed by Cecily Boys, whose credits include “The Church of IfEyeHad” at the Bush Theatre, “Talking in Bed” at Theatre503, “Bed”, “Pinter…esque”, “Hang Up”, “Waiting for Godot” and “Oleanna” at the Old Bomb Theatre at York Theatre Royal and “The Merchant of Venice” and “As You Like It” for York Shakespeare Company. Work as Assistant Director includes the UK Tour of “Yes, Prime Minister”, “Three Days In May” at Trafalgar Studios and “Lysistrata” at the Rose Theatre, Kingston. 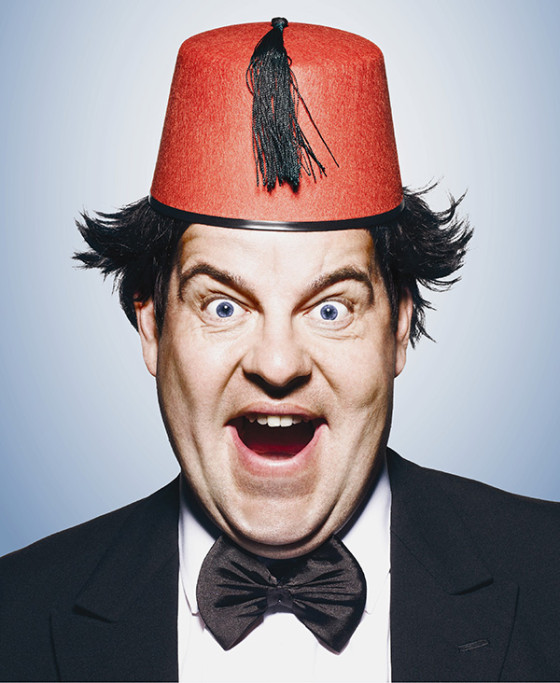 The UK National Tour of BEING TOMMY COOPER is written by Tom Green and directed by Cecily Boys, with scenic design by Susannah Henry, lighting design by Simeon Miller and sound design by Max Pappenheim.