Foreign, Independent and Classic Films at the Fisher Theatre

One of the big winners on BAFTA night last week was AMOUR, the French film which was awarded Best Foreign Film and Best Actress for 85 year old Emmanuelle Riva’s extraordinary performance. Many of you have been asking if the Bungay Film Club will be screening AMOUR. We’ve booked a screening for Monday 10 June.

ARGO, the winner of three awards including Best Film and Best Director, is a tense, exciting, and often darkly comic drama. Screening on Monday 20 May, the film chronicles the life-or-death covert operation to rescue six Americans which unfolded behind the scenes of the Iran hostage crisis in 1979. Directed by and starring Ben Affleck, ARGO boasts a terrific supporting cast and a well constructed script, with a sense of humour and a relish for period detail..

The latest Bond, SKYFALL, needs no introduction. Winner of Outstanding British Film and Best Original Film Music, and coming to the Fisher on Friday 1 March.

Anne Hathaway received the Best Supporting Actress award for her moving portrayal as Fantine in LES MISERABLES, one of four BAFTAs for this stirring adaptation of the successful stage musical. Coming to the Fisher from Thursday 23 to Saturday 25 May (to be confirmed). 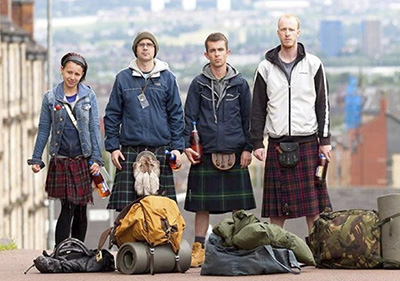 A heist movie with a difference from the acclaimed British director of KES. Glaswegian young offender Robbie narrowly escapes a prison sentence but finds the going tough when he attempts to reform and be a good father to his new baby. While carrying out his Community Service he hatches a plan to carry out the perfect, victimless crime. Joyful and frequently hilarious comedy tempered with the director’s trademark realism.

This is British comedy at its warmest and most pleasurable; cask strength, unfiltered and neat.

Robbie Collin in The Daily Telegraph 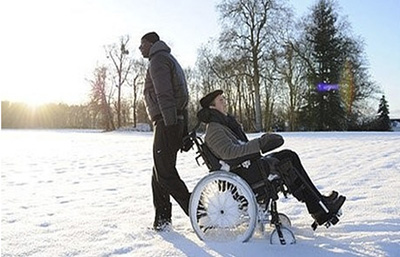 Life-affirming French comedy based on the real life friendship between a rich quadriplegic aristocrat (Francois Cluzet) and his streetwise ex-con carer (Omar Sy). UNTOUCHABLE depicts a camaraderie rooted in honesty and humour between two people who would seem to have nothing in common. Bittersweet, moving and with a wicked sense of humour.

Believe the hype – this irreverent take on disability is charming and uplifting.

Dalya Alberge in The Guardian.

Superbly executed historical drama set at the Danish court in the 1760s. English born Princess Caroline is sent to marry the mentally ill King Christian VII, a man she has never met. Isolated and lonely after her marriage, she is drawn into a relationship with a fellow outsider, Struensee, the King’s reformist and influential German doctor. Together they influence the king to enact social reforms. Absorbing and visually exquisite, this is as much a conspiracy thriller as a romance.

Arcel gives this true story the shape and bite of a well-crafted fiction, and its political themes are every bit as stirring as the romance. Robbie Collin in The Daily Telegraph.

Join the Bungay Film Club for £10 and see all our films for half price. Membership and tickets available from the Fisher Theatre Box Office.