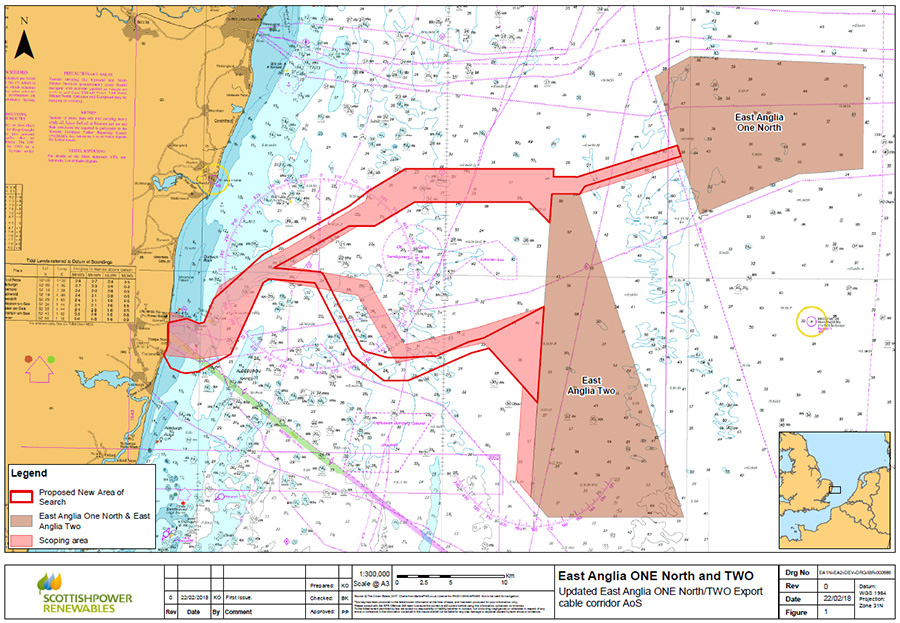 ScottishPower Renewables has announced that it is extending the current consultation phase for the East Anglia TWO and East Anglia ONE North offshore windfarm projects.

Consultation Phase 3.5, which began on the 29th of September and was originally set to end on the 29th of October, has been extended by a further two weeks and will now conclude on the 12th November 2018.

The consultation phase covers the potential of locating the onshore substations for the projects on the Sizewell Estate land (known as Broom Covert, Sizewell), as an alternative to the site north of Friston (known as Grove Wood, Friston). As part of Phase 3.5, ScottishPower Renewables has hosted public meetings throughout October, as well as sharing consultation documents with local residents and stakeholders through mail drops and at public buildings across the region. The extension will allow extra time for stakeholders and local communities to provide feedback on the proposals.

David Walker, Development Director at ScottishPower Renewables, said: “After listening to feedback from local authorities and residents, we have decided to extend the Phase 3.5 consultation period by a further two weeks, to the 12th of November 2018. As a responsible developer, we go above and beyond statutory requirements, carrying out effective stakeholder engagement to ensure we obtain and consider as much feedback as possible.

“During this phase of consultation, we have hosted four public meetings, posted consultation documents and feedback forms to 16,000 homes across the onshore search area and made documents available at a range of public buildings. We hope that through extending the consultation period as many people as possible will provide feedback on the proposals, which will be fully considered in the assessment process.”

The consultation documents and the Statement of Community Consultation (SoCC) for the projects can be viewed on:

Hard copies of the consultation documents can be viewed at the following locations: