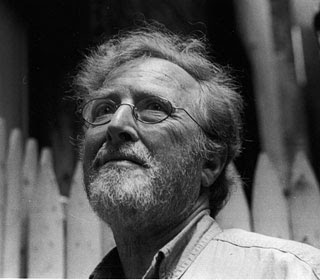 Acclaimed figurehead of American culture, John Cohen, will be answering questions after a special showing of his films at Cinema City on Monday 16 November at 8.30pm. Amongst the films will be The Ballad and the Source, a portrait of ballad singer Walter Pardon, who lived at Knapton, near North Walsham, in Norfolk. The evening forms part of the Sainsbury Centre’s Rural Life Season at Cinema City. It has been programmed to accompany The East Anglians, the Centre’s autumn exhibition of photographs by Justin Partyka, which runs until Sunday 13 December 2009.

“It was in July 1981 that I visited Knapton, Norfolk…in search of a ballad singer who still carried on music in family tradition. I wanted to film this before it was gone. I wondered if there was anyone remaining who hadn’t learned their history from the folk music revival. Walter Pardon fitted the bill and he had a beautiful, poised voice. I only had a short time with him…but his songs and stories conveyed an eternity. My film is called The Ballad And The Source and returning to show it in Norfolk after so many years produces an anxiety of anticipation: how can my work speak to the present?”
– John Cohen. 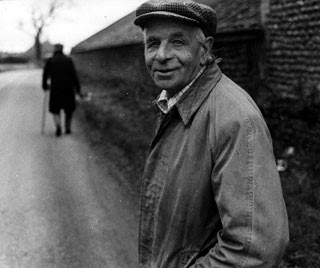 Walter Pardon from The Ballad and the Source, England, 1983 – John Cohen

Beginning in the 1950s, Cohen combined his talents as a folklorist, ethnographer, photographer, writer, record producer, filmmaker, artist and musician, to create an important and fascinating body of work. Amongst his many achievements were forming the old-time music band the New Lost City Ramblers (NCLR) in 1958 which made 25 recordings over their 40 years as a group. More recently he has published two books, one of which features pictures of the young Bob Dylan when he was still largely unknown (Powerhouse Books). He travelled extensively to record, photograph and film music cultures and has made 15 films about traditional music.

John Cohen started to make films in 1962 in order to bring folk music and images together. Filmmaking provided a way to present traditional musicians in their home setting, to reveal the environment in which music happens, and suggests how music functions within its community. His earliest films were about Appalachian music in Kentucky, North Carolina and Virginia. He later surveyed a wide spectrum of American music in Musical Holdouts including black children in the Carolina Sea Islands, old time and bluegrass in Appalachia, cowboys in Arkansas, Indians in Oklahoma, and the counter-culture street musicians in Berkeley, California and New York.

The three films being shown at Cinema City on 16 November 2009 are:

The Ballad and the Source (PG)
The tradition of unaccompanied ballad singing has a long history in Great Britain. This musical portrait profiles the life and art of Norfolk resident Walter Pardon.

Walter Pardon (1914 – 1996) was one of the finest traditional English ballad singers, yet, outside his family no one knew of his ballad singing until he was 59 years old. He was never a pub singer, preferring to sing at family parties and for his own amusement. He was ‘discovered’ by the folk-song revival in the 1970s after a relative heard him sing at a party and persuaded him to make a tape of 20 of his songs. Walter Pardon went on to release 5 albums of his songs as well as recording his full-repertoire for archive.

The High Lonesome Sound (PG)
The poignant songs of church-goers, miners, and farmers of eastern Kentucky express the joys and sorrows of life among the rural poor. This classic and universally praised documentary evocatively illustrates how music and religion help Appalachians maintain their dignity and traditions in the face of change and hardship. The film features the noted Appalachian banjo picker Roscoe Holcomb and places him firmly in the context of the land and the people with whom he spent his life.

The End of an Old Song (PG)
Filmed in the mountains of North Carolina, this acclaimed documentary revisits the region where English folklorist Cecil Sharp collected British ballads in the early 1900s. The film contrasts the nature of the ballad singers with the presence of the juke box: although the lyrical tradition has changed, the singing style continues. The film features Dillard Chandler, who sings with rare intensity and style.

For more information about John Cohen and his work visit www.johncohenworks.com. 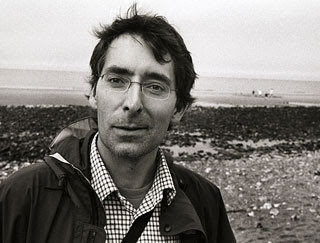 Justin Partyka cites John Cohen as an inspiration for his work and felt was very important to bring him to Norwich as part of The East Anglians season of events.

“I wanted to bring John Cohen to Norwich during The East Anglians to present his work and help people understand the aesthetic and tradition which my own work comes from. I have always felt it is important to point out one’s influences, nobody works in complete isolation. I also think it is a great thing that Cohen, who has produced some of the most important recordings and documents of American folk music, also came to Norfolk and made his short film about Walter Pardon. He brought the knowledge of his experiences in New York and the Kentucky mountains and trips to the Andes in Peru and applied them to rural Norfolk. It’s my world, that’s a big deal, and I think it also made me realise that if Norfolk is important enough for Cohen to visit, there’s something special here”
– Justin Partyka.

Justin Partyka discovered the work of John Cohen whilst studying at American Studies at Brunel University. He had a long-standing interest in folk and grassroots music and was inspired by an album he bought while he was student. The album which included Cohen’s field recordings, Mountain Music of Kentucky, was accompanied by detailed written notes about the music, the people and the places in which they lived, together with a photographic portfolio.

“This combination of sound recordings, text, and photographs could be seen as the first examples of multi-media. It made me see how all these things could be brought together to create a document of place. Central to all of this was the aesthetic of it all – both Cohen’s and the musicians he recorded. From this discovery I went to study folklore in Canadian province of Newfoundland”
– Justin Partyka.

In 2002, Justin Partyka met John Cohen at an American Society annual meeting and the conversation they had influenced him to pursue the project that led to The East Anglians exhibition:

“I discovered then that Cohen had been to Norfolk and he knew all about the photographs of P. H. Emerson and George Ewart Evans oral history work and he encouraged me that I should continue this kind of work in the region. I had already done my MA dissertation about the Norfolk rabbit catcher, so this discussion with Cohen was crucial in inspiring me to continue working in East Anglia, and the result has been The East Anglians”
– Justin Partyka.

The East Anglians runs until Sunday 13 December. The exhibition comprises 58 colour photographs featuring people harvesting and working the land using traditional methods, farmhouses and farms where time appears to have stood still, and other skilled rural workers such as reed cutters and rabbit catchers. Other images such as those of farm sales, abandoned buildings and deteriorating machinery together tell a familiar story of rural decline.

For more information about other Sainsbury Centre films at Cinema City visit www.scva.ac.uk/whatson/special_events

John Cohen and Justin Partyka – In conversation at The Late Shift
Wednesday 18 November
5pm – 8pm
The LateShift is a regular Sainsbury Centre event featuring live art, music, poetry, dance, film, installation, interactive projects and new media by established and emerging artists. John and Justin will be contributing to the evening.

John Cohen at the King of Hearts, Norwich
Friday 20 November
7.30pm
A special evening of music, film, photography and conversation with John Cohen.