Farming Life – Then and Now

Farming Life – Then and Now

We are told there is confident feeling that the latest outbreak of Foot and Mouth disease has been contained although no one has yet found out how it started. Farmers are constantly under pressure of some sort and it always seems to be exacerbated by the media.

There used to be Gentlemen Farmers who employed managers to run their Estates and look after their Dairy herd. 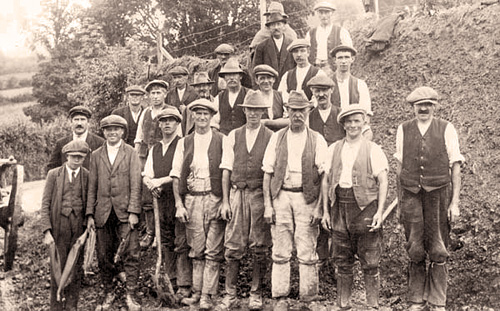 However, before the last World War most farms were much smaller and were often passed down from father to son. Each stocked a small number of cows as well as other livestock like pigs, chickens, ducks and geese. They didn’t often breed pigs, they would buy them when they were about six weeks and fatten them up to sell at the market. 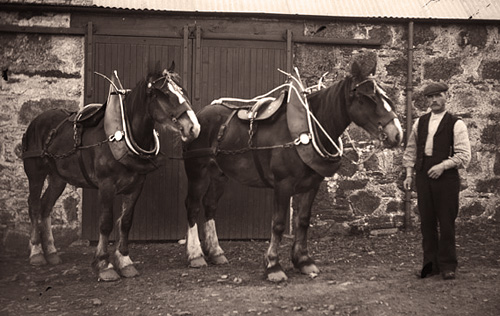 Not many could afford to keep a bull and had to buy this service from one of the larger estates. Depending on the size of the farm, it was essential to have horses to work the land and pull a tumbrel and carts. With arable as well as pasture fields, cereals and crops such as beet, kale, swedes, turnips etc. were grown. There was always a lot to be done and in those days many men were employed on the land. 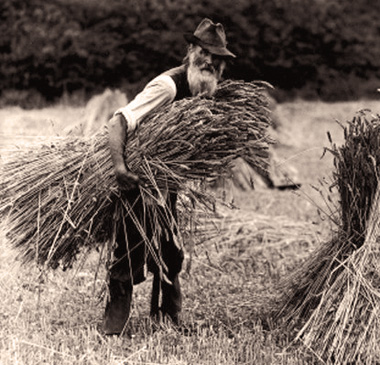 Every Farmer had to produce the food for his own livestock as well as for market. Although still important, the weather played a much bigger part then than it does today. When the hay was cut and carted for stacking it had to be really dry. The stack was built on a bed of faggots to allow the air under it and the top was thatched with straw to keep the rain out. In spite of all the precautions stack fires were a common occurrence.

Sunshine was a must at harvest time and although it was hard work with much having to be done manually, it was a time everyone looked forward to. Extra men were usually taken on and they worked from dawn to dusk. It was most enjoyable to the people who positioned themselves round the edge of a field when it was being cut with a gun or cudgel in their hand waiting for the rabbits to take fright and make a dash for safety. In a lot of households, rabbit in pies, baked or in stews was always the dish of the day for a week or two. 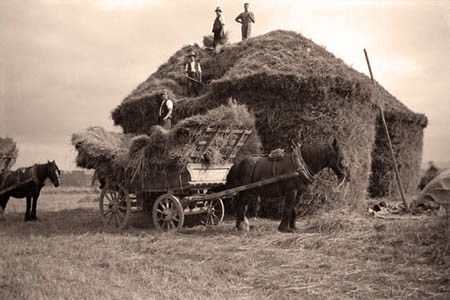 After harvesting the corn had to be thrashed and carted to the mill and the straw baled up. When the Farmer had taken what he needed for himself the rest was sold.

Many Farmers had their own daily milk rounds with a cart delivering to houses in the Towns and Villages. People who lived near enough went to the farmhouse to get it, sometimes twice a day if they wanted it really fresh. They took their own jug or can and the milk was tipped into it using a pint or half pint measure. Eggs, butter and some vegetables in season could usually be bought at the same time.

Whatever Farmers produced they had to dispose of themselves in such a way they made a profit. Many of them struggled to make a living and some farms changed hands quite frequently. 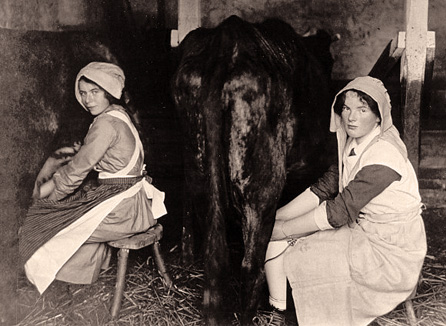 In and around Market Towns there were always a number of Smallholders who kept four or five cows, pigs and chickens and depended largely on their milk sales for survival. It was a full time job and the daily routine was much the same for all of them. No matter how small their stock might be they still needed feeding and clean bedding put down. All cows had to be brought in twice a day for milking. Food was put in the mangers and each animal would go straight to it’s own stall and wait for its turn to be milked.

Farming today is very different. It is no longer as labour intensive. Although in days gone by the so called labourers had to be knowledgeable and skilful those that remain to work the land and tend the animals now require much more technical ability.

Although still very important to the Country, the role of the Farmer has changed a lot during the last fifty years. There was a time when they were urged to plough up and plant every piece of available land. A world surplus of grain followed soon after and Governments didn’t know what to do with it. Farmers were then encouraged to leave fields uncultivated. Many had been merged with hedgerows taken out and ditches filled to make them larger and easier for the tractors to work. Of the ditches that are still there many are rarely, if ever, cleaned out. 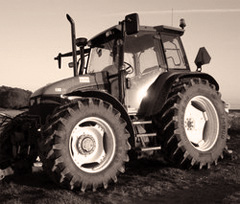 Today Farmers have to specialise and farms are generally very much larger than they used to be. Methods of pig and sheep farming have changed significantly. Incidentally, you can no longer buy mutton at the Butchers, it’s all lamb now!!

Dairy Farmers too have changed. There are many reasons why it would be impossible for them to operate as they did in the past and sell their milk straight to the public. 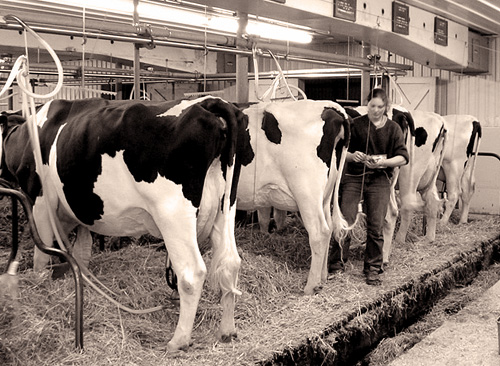 Cereal farmers generally have no livestock. Fully mechanised they only require a small skilled workforce now compared to the number of men they employed when they were dependent on horses and manpower. Many different kinds of farming were once undertaken on a single farm but today with modern techniques and husbandry it’s less likely to be a viable proposition.

Now we can only read and look at pictures as we try to recall a tranquil evening scene: – The wind gently rustling the leaves in the trees as the horses are unharnessed, groomed, fed and watered before being bedded down for the night. 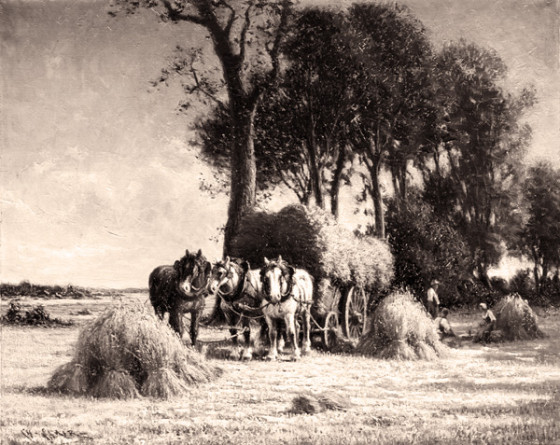 Chickens squabbling as they go to roost after scratching round the yard all day and the ducks quacking in protest when the horses step into the pond to take a well earned drink. 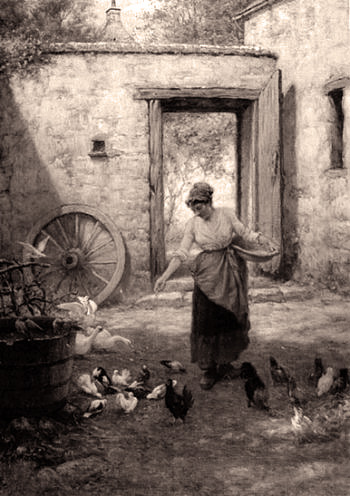 All the familiar noises fit into the background to create an atmosphere of peaceful solitude. Even the occasional crowing of a cockerel or the clump of a shod hoof hitting the brick stable floor when one of the horses transfers its weight from one leg to another can disturb the still calm.

Such a serene setting would be very hard to find anywhere nowadays.