Fireworks – spectacular in promise and deed

Fireworks – spectacular in promise and deed

Last Friday’s Fireworks Spectacular certainly lived up to its name and I thank everyone who attended and all members who helped before and on the night with the organisation. I also thank the organising committee under the chairmanship of James Smith for putting on a fine show. We had the biggest attendance (and bonfire!) for some years which means that all three groups represented on the committee, i.e. Harleston Lions, Scouts and Magpies, have received a cheque for £1500. A meeting has already been held to start the planning of next year’s event!

Congratulations to the following:
Laura and Paul Schultheiss on the birth of Tom.

Carl Sitch on being selected for the England U18 assessment squad.

Ali Wardale (Norwich City HC) on winning the Coach of the Year section of the Norfolk Sports Awards and Leigh Sitch on being runner-up.

The Club’s fund raising and social committee invites you to the following event:

This Saturday (10 November) sees the long awaited clash between the Men’s 1sts and St Albans when at Clarence Park, St Albans (3.30pm) at least one 100% record will be shattered. Last Saturday the 1sts maintained their fine record with a hard earned win over Ipswich 2nds and having survived this potential banana skin game the team can look forward with some confidence against opponents who were relegated from the national league at the end of last season and who have made a good start at getting back at the first attempt.

If the match against Ipswich 2nds was eventful (and unfortunately not always for the right reasons) Sunday’s match between the Men’s Veterans and Slough Veterans was at least equally so with, as on the previous day, three yellow cards waved at our visitors (with one of the chaps seeing the sight twice!) and they could have no complaints. The Veterans, captained by Jerry Blackmore, thoroughly deserved their 5-1 victory with goals by Roger Kent (2), Philip Cobbald (2) and Phil Alexander. Phil’s shot come cross was missing the goal until to his surprise the keeper somehow managed to push the ball into his own net! The team is now away to Bishop’s Stortford in the next round of the EH Cup on Sunday 2 December.

I was very pleased but not surprised how our players conducted themselves in the two matches referred to above but I have heard language from HMHC players in other games at Weybread this season which I associate with other sports and would prefer not to hear again in our sport of hockey. I’ll not name names but as the saying goes “If the cap fits please wear it”!

The ginger tom & the Gocats
(the ‘Rock/Pop/60’s to present day’ group which includes HMHC members Tracy Baker, Roy Goodwin and Neville Chubbock)
Will be playing at Wortwell Community Centre
on Saturday 17 November
– Happy Hour 7.30 – 8.30pm
The group is well worth a listen – and I’m not their agent!

With kind regards and best wishes to all members, supporters and friends of the Club. 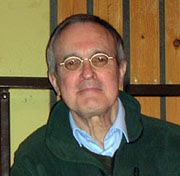