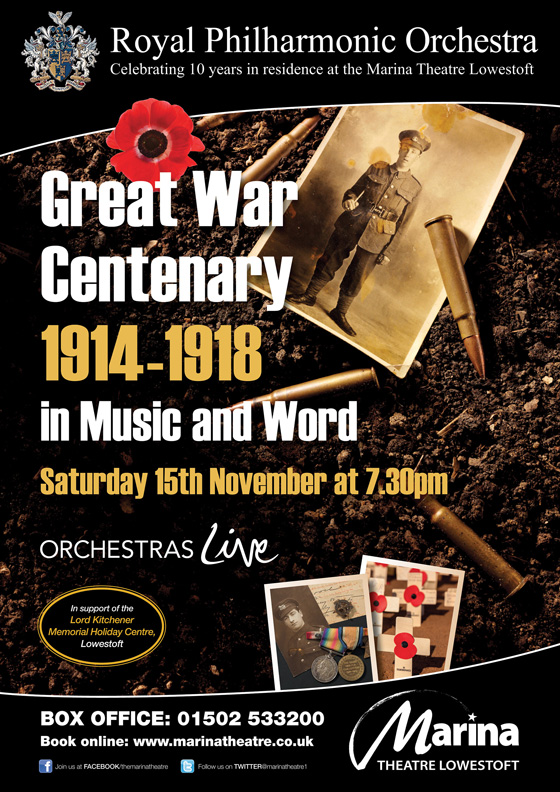 Great War Centenary to be marked by special concert this Saturday

With the nation recently marking both Armistice Day and the Centenary of the outbreak of the First World War, a special concert by the Royal Philharmonic Orchestra at the Marina Theatre in Lowestoft on Saturday has been specially commissioned to include music primarily composed between 1914 & 1918 along with readings from the era and two famous, yet more contemporary pieces.

Two aspiring young local actors have also been given the prestigious honour of performing special readings from the era during the event. Darryl Crusoe from Gorleston & Callum Walker from Bradwell were selected from hundreds of local students to take part. Darryl, 15 recently played Seymour Krelborn in Little Shop of Horrors and Callum, 14 recently played the lead role of The Boy in Roald Dahl’s The Witches. Both train at the Gorleston based performing arts academy, DPA.

The creator and writer of television’s Downton Abbey, Lord Julian Fellowes has also given his support to the concert. The management at the Marina Theatre has given east coast military charity, Lord Kitchener Memorial Holiday Centre the opportunity to highlight their work during the evening in the hope of raising much needed funds and Lord Fellowes, whose wife Lady Emma Kitchener-Fellowes is Patron of the centre, has sent a message of support;

“It feels wonderfully appropriate that a concert to commemorate the Centenary for the First World War by the Royal Philharmonic Orchestra, should be raising support for the Lord Kitchener Memorial Holiday Centre in Lowestoft, of which my wife is Patron, and we congratulate the Marina Theatre for hosting such a marvellous evening. Naturally, for me, the choice of the Downton Abbey Suite as an item on the programme is the icing on the cake. We wish everyone involved the most tremendous success.”

Michael Sims of the Kitchener’s Home said, “The Lord Kitchener Memorial Holiday Centre, Lowestoft’s very own military charity which has been supporting ex-service personnel since 1919, is delighted to receive support for their work from the Marina Theatre and those attending what is anticipated to be a very moving concert by the Royal Philharmonic Orchestra.”

Marina Chief Executive, Martin Halliday added, “We are thrilled that both Lord and Lady Kitchener-Fellowes are supporting Saturday’s concert which marks the Centenary of the First World War and aims to support the great work of the Lord Kitchener’s Memorial Holiday Centre here in Lowestoft.”

The concert commences at 7.30 and at the time of going to press there were just a few seats still available from the Box Office by calling 01502 533200 or online at www.marinatheatre.co.uk 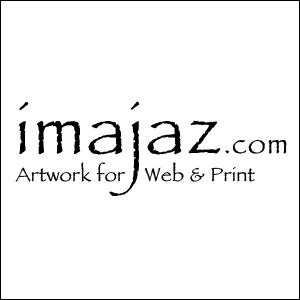