Magpies went into this Investec Women’s O35s Trophy Final at the Lee Valley Sports Centre in confident mood after their impressive semi-final away win over Jersey and they dominated the game from the first whistle.

Cheered on by their forty-strong band of supporters they went ahead after five minutes when Lucy Field and Angie Wheelhouse combined to give Anouska Stott the easiest of tap-ins and this trio continued to cause severe problems for the Timperley defence throughout the game with Angie in the form reminiscent of her free-scoring first team days. After spurning penalty corner opportunities Magpies scored their second midway through the first half after good work by Charlie Harrison and Anouska was finished off by Angie.

Rachel Small was in outstanding in goal for Timperley but she was powerless to stop Anouska and Angie scoring again before half time with Debbie Francis dominating the midfield with the support of Charlie Harrison, Rachel Goodson, Becky Baker and Laura Betts. Meanwhile Kath Johnson, captain Louisa Greenacre, Charlotte Rourke-Beasley and Plum Sweet were as reliable as ever in defence on the rare occasions they were troubled by the hard working Timperley team who never let their spirits drop. But Magpies were grateful for a smart save by goalkeeper Karen Fletcher early in the second half.

Despite their comfortable lead Magpies continued to take the game to their opponents and they went further ahead when after a trademark fast break down the left Lucy found Angie unmarked in the circle for her third goal. Shortly afterwards and to the biggest cheer of the day Treacle Griffin came on and with her first hit of the game scored from left edge of the circle into the far corner to the delight of the Magpies’ supporters and her team-mates.

The seventh goal was scored by Jose Tibbenham to a similar reception and this was a fitting reward for all the hard work put in by Jose during the campaign and especially with all the organising involved with the semi-final trip to Jersey.

The squad’s final goal was the equal of or even better than the others when Plum fired a ball from defence straight down the middle of the pitch for Anouska to collect before crashing the ball into the net in typically exciting style for her twelve goal of the competition.

Congratulations to the squad, including manager Shirley McAllen, coach Nick McAllen and physio Rachel Baynes, on this splendid win rounding off in the best possible way the squad’s debut season in this national event. A game to remember! 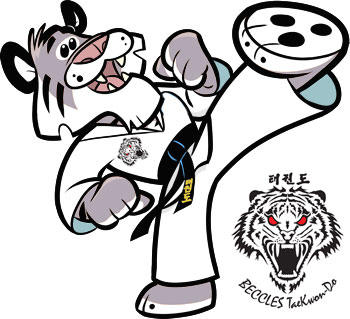 We teach little Tigers too!