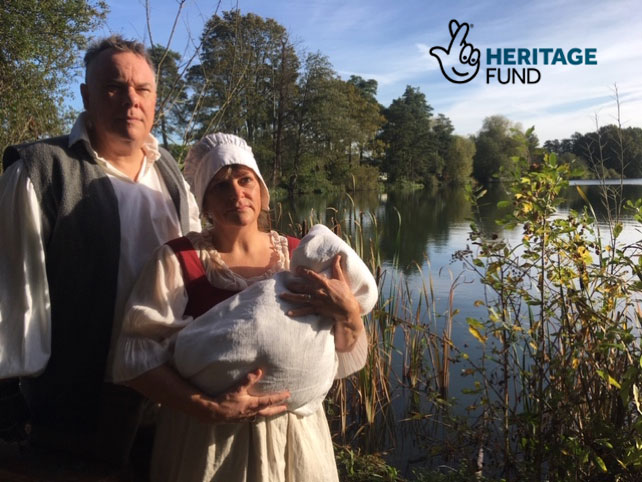 Harleston Players have received a National Lottery Heritage Fund grant of £9,800 for an exciting heritage project, 1620: A New World Odyssey, which will take place in the town. Made possible by money raised by National Lottery players, the project will focus on Harleston in the 1620s and the town’s link with the founding of America through the Fuller family.

Supported through The National Lottery Heritage Fund, the project will enable local people to discover the history of the town and get involved in a wide variety of ways. The organisers are looking for anyone who would like to have a go at researching local history from ancient documents, acting or singing, helping to make costumes, banners and props, assisting backstage or with event organisation.

This community-wide project sets out to explore and celebrate the story of Edward and Samuel Fuller who, with family members, sailed on the Mayflower in 1620 to establish a new life and a new colony in America. It was a difficult and dangerous journey into the unknown and they faced numerous challenges.

A new play, written especially for this 400th anniversary by local writer Eileen Ryan, will bring this story to life. Alongside that local people will be researching the stories of other Harleston townsfolk from this period for ‘living history’ enactments to take place around the town centre next July, and be shared through a new publication and on www.visitharleston.org. In the process they will find out how to translate and transcribe original documents and piece together fascinating stories from the past.

Harleston Players is a very well established community theatre group that plays a significant part in the cultural life of the area. It works with adults and young people and enjoys creating one-off projects that give new people an opportunity to get involved in collaborative community activities.

Commenting on the award, Cathy Edwards Gill, Chair of Harleston Players, said: “We are absolutely thrilled to have received this support thanks to National Lottery players and are looking forward to creating a community project that will bring this fascinating period of history to life.” 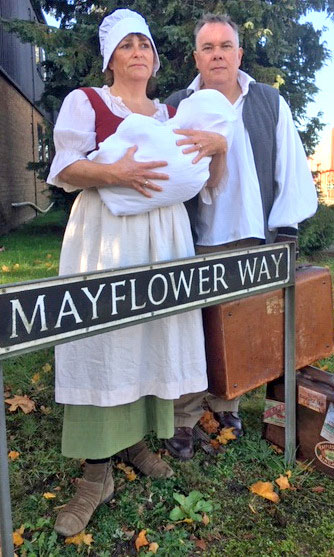 Harleston Players is a long-established and award-winning amateur community theatre group, founded in 1927. Our aims are to inspire, educate, entertain and delight, by producing outstanding theatre for this under-served rural area.

We are passionate about producing high quality theatre and providing opportunities for local people to join in the creative process. We are friendly, creative and dynamic, and typically produce three productions a year, including comedies, dramas, thrillers and musicals. The group has a pool of skilled directors, actors, costume designers and makers, prop makers and set builders, and we warmly invite new members to join, and to learn new skills. We also have a thriving youth theatre – an entry point for budding actors, singers, directors and stage technicians – who themselves put on two productions every year.

We thrive on large-scale community productions such as the very successful Friar Bacon and Friar Bungay and outdoor Shakespeare productions. We also like to champion local writers and give them the opportunity to see their work performed.

About Harleston and Mayflower 400 Celebrations

2020 marks the 400 year anniversary of the sailing of the Mayflower to America. Celebrations are taking place in major towns and cities across England that are linked to the event to commemorate the occasion.

​There were a mere 102 passengers on board the Mayflower ship, and four of them came from Harleston. There were only 41 signatories to the legal document, created to establish their rules of governance. This was called the ‘Compact’ and was influential in the concept of the American Constitution. Two of those signatories were from Harleston, Samuel and Edward Fuller who were baptised at Redenhall church.

​The town has devised a year-long programme of activities to coincide with the international celebrations and to promote Harleston as a place to visit and live. The celebrations began with a launch event involving local school children on 28th November for Thanksgiving, and will run until Thanksgiving 2020. See https://www.visitharleston.org.uk/mayflower-400.

​About The National Lottery Heritage Fund

Using money raised by the National Lottery, we Inspire, lead and resource the UK’s heritage to create positive and lasting change for people and communities, now and in the future. www.heritagefund.org.uk.

Join our Port Health Team at the Port of Felixstowe - the UK's biggest and busiest container port! 🚢