If two together are sitting on a privy …

If two together are sitting on a privy …

Well there’s a phrase I don’t expect you thought you’d see in this blog!

It comes from a book that has been published recently, the proceeds from which are being donated to three charities of which the BRPS is one. 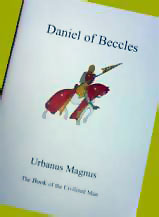 The book is ‘Daniel of Beccles – Urbanus Magnus The Book of the Civilized Man’. Based on a translation of a 12th century document setting out protocols, manners and morals for society.

The line in my title comes from this excerpt ….

“… Eventually, it would be time for the inferior to wait on the lord as he went to bed.

” … When he sits on the privy in the usual way, take in your hands hay or straw, pick up two bigs wads of hay in your fingers and press them well together. You should prepare to give them to your patron when he wants them. Let the wads be given to him as you stand, not bending the knee. If two together are sitting on a privy, one should not get up while the other is emptying himself. (1266-79)”

The book covers a whole host of issues, and much of the content is as relevant now as it was then. You can read most of the foreword to the book by clicking the link below to continue this post.

To give you a taster, the foreword reads as follows:

“Whatever the motive, whether snobbery, etiquette, social acceptability, custom, parental guidance or simple courtesy, sensitivity, or awareness of the other how to behave has ever been at the centre of society. Manners and morals have reflected as well as created civilisations and social classes. What people do and how they do it has been at the heart of human life and indicative of the powers and relationships within it. In the 12th century, political power was not only with the monarch but also the church. The latter possessed huge lands, was the main provider of education, and ecclesiastics were often holders of high secular office. Society reflected these facts.

“It is possible that Urbanus Magnus was written both for novices as well as boys and men seeking to be accepted in higher society. It seems to want an ordered society knowing good manners and Christian morals and acting by them. A postscript asks that Daniel of Beccles enjoy the joy of heaven: secular and religious combined.

” … What is certain is that Urbanus Magnus is a ’stonking good poem’ fascinating to historians, scholars, the curious, and very relevant to us today. There is sound advice as to how we should behave let alone those of nine centuries ago.

” In this book we have a ‘feast of fat things’. Help yourself and be sufficiently intrigued …. to continue the hunt for the man and the manners of Daniel of Beccles. I am sure he did not ‘excavate his nostrils by twisting his fingers’. 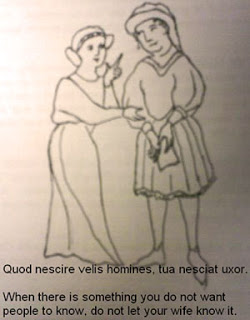 “While food is hidden in your mouth, let your tongue not minister to words”

“Sitting at table as a guest, you should not put your elbows on the table”

You can buy the book, which would make a great fun Christmas gift, by calling or emailing The Gazette Bookshop, [email protected], 01502 712688.

All profits are to be donated to three charities of which BRPS is one.

Bristol Blenheim Mark IV, R3600, of No. 110 Squadron RAF, undergoes an elaborate servicing for the photographer at RAF Wattisham, Suffolk. Armourers unload 250lb GP bombs and Small Bomb Containers (SBCs) of incendiaries from a trolley, while other ground-crew refuel the aircraft and attend to the engines, the cockpit and the gun-turret, accompanied by a pet dog on the engine cowling. June 1940

No 110 Squadron's R3600 is here being armed with 250 lb HE bombs and SBCs (small bomb containers) of 416 incendiaries at Wattisham in June 1940. Apparently it is being refuelled at the same time, ground crew attention is more numerous than usual and included is a squadron pet—all of which suggests a special display for the photographer. This aircraft survived until 6 May the following year when it was shot down while attacking a convoy.

During the spring and summer of 1940 it was the Blenheims of No 2 Group which sustained the heaviest losses—nearly 6 per cent of sorties flown. Operating chiefly by day, they were used to support the withdrawal of British forces from France and then to harass ports where an invasion fleet might be assembled. In June their operations were extended to Germany with the intention of preventing the deployment of some Luftwaffe fighter units to the Channel coast. Maximum bomb load was 1,000 lb for a 600-mile radius of action. (airpages.ru)

James Paget University Hospital have asked for some items.

Crochet is accepted but only if there are no holes in the design, as holes can get babies fingers caught.

Please include a note to say you’re knitting for the Warm Baby Project!💜 ... See MoreSee Less

Timeline PhotosWe're delighted that Asda, Bury St Edmunds has chosen us to be part of their green token scheme until end of March, in support of our Brave Art programme! Why not pop into the store, take a green token at the end of your shop and choose us as your charity. Brave Art Asda ... See MoreSee Less

Timeline PhotosWe are super excited to welcome Fressingfield Scouts group to the studio in March for 🌷 Mother’s Day gift painting 🤗 If you run a social club and looking to fulfil your badges 🏅 or simply run an event - get in touch! Group discounts apply for whole studio bookings 👩‍🎨 ... See MoreSee Less