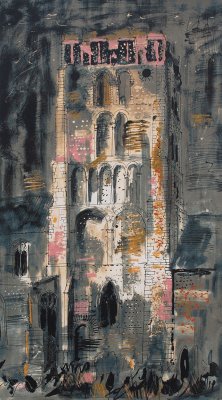 The sixth annual exhibition at Narborough Hall, Narborough, Norfolk opens on Sunday 3 August. A selection of paintings, watercolours, lithographs and tapestries by John Piper (1903–1992), one of the best-loved British artists of the 20th century, will be on display in the house.

The exhibition is co-curated by the distinguished art historian Professor Frances Spalding of Newcastle University, who has just completed a book on the artist, and the Robert Sandelson Gallery, London.

The show will focus mainly on Piper’s work of the 1930s and 40s as well as his love of East Anglian subjects. A dedicated space will showcase the many different artistic techniques Piper employed. The exhibition will include a number of works drawn from private collections that have rarely – if ever – been on public display.

Born in 1903 in Epsom and educated at the Richmond School of Art and the Royal College of Art, John Piper was one of the most versatile artists of the century. His career spanned over seven decades until his death in 1992.

Especially famous for his paintings of churches, Piper was also a major contributor to the 1930s abstract painting movement. Always interested in architecture, he collaborated with the poet John Betjeman on the famous Shell guides and was commissioned by the government to document the devastation of British cities during World War II.

Renowned for his stage designs, particularly those done for Benjamin Britten’s operas, Piper also received major commissions for stained glass windows such as the great Baptistery window in the new Coventry Cathedral.

Narborough Hall is in the village of Narborough, to the west of Swaffham, Norfolk, just off the A47, postcode PE32 1TE 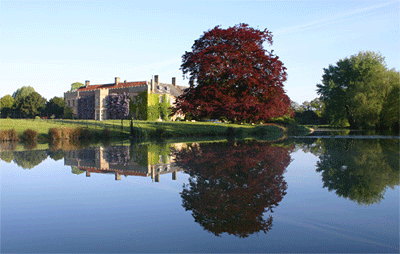