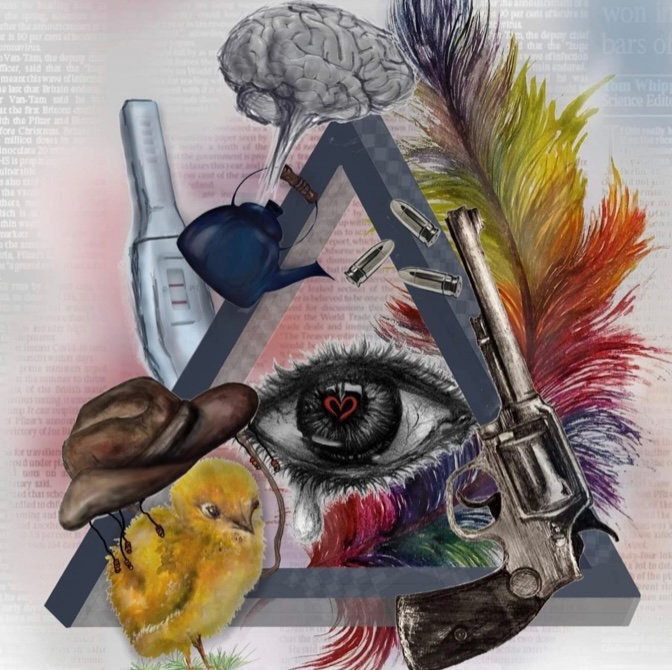 Professional standard, student performed productions celebrate the plays of Caryl Churchill, one of our most innovative writers

The University of East Anglia’s (UEA) School of Literature, Drama and Creative Writing is presenting a celebration of the plays of Caryl Churchill, hailed by The Guardian as ‘one of theatre’s most innovative and provocative dramatists.’

Under the season title LOVE TRIANGLES, third year drama students will present two of her plays, Love and Information and Blue Heart. They will run on alternate days between Tuesday 7th and Sunday 12th December (see listings below for full date/time information).

In the current worldwide climate of political and personal uncertainty the plays, which address questions of identity, politics and love, are extremely relevant.

This will be the first time that Churchill’s work has been presented to the public at UEA since 1979.

First produced by the Royal Court Theatre in 1997 (at Bury St Edmunds), Blue Heart comprises two short plays: Heart’s Desire and Blue Kettle. A kitchen sink drama with a distinct sense of humour, Heart’s Desire features a mother and father, a daughter returning from Australia, two gunmen, a government official, a dead body, a hoard of small children and a ten-feet-tall bird. On its US transfer The New York Times praised it as ‘achingly, aggressively funny’.

In Blue Kettle, a con-man convinces elderly women that he is their long-lost son. As his lies unravel, the characters lose their ability to speak coherently until they’re babbling monosyllabic nonsense. The Guardian described it as ‘brilliant’ and the Evening Standard as ‘a mix of droll realism and loopy inventiveness’.

The anthology play Love and Information opened at London’s Royal court in 2012 and has since been performed all over the world. It features almost 60 short scenes and over 100 characters. From themes of torture to infidelity to animal testing and climate change, Churchill explores human relationships in the modern world. Mistrust in modern media and politics are prevalent throughout the short scenes, which delightfully juxtapose doom and gloom with humour and wit.

‘Speaks volumes about the fast turnover of modern life’ The Guardian

Love Triangles Director James Robert Carson said ‘Caryl Churchill is one of our great playwrights, an exceptional wordsmith who has a profound fascination with language. These plays have very open structures which invite the director to visualise the settings, making each interpretation a uniquely entertaining experience’.

James Robert Carson is a Senior Lecturer at the University of East Anglia. He has well over 20 years of professional acting and directing experience with the likes of The Citizens Theatre Glasgow, Greek National Opera, Holland Park Opera, and Aldeburgh Festival.

LOVE TRIANGLES showcases the talents of UEA third year drama students. Their productions have previously given early exposure to the likes of Matt Smith (Doctor Who, The Crown, Official Secrets), Olivia Vinall (The Woman in White, National Theatre Live: King Lear), and Greg James (BBC Radio 1 Breakfast Show). Is there a star in the making in this year’s shows?

A celebration of the plays of Caryl Churchill