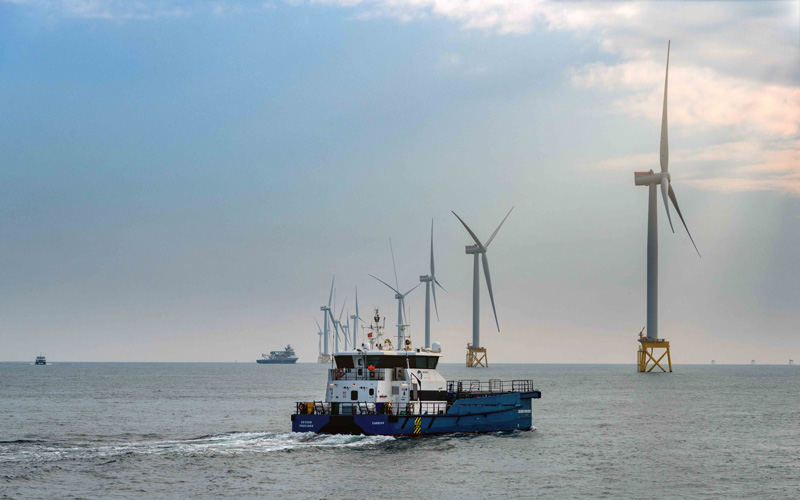 James Fisher Marine Services, part of James Fisher and Sons plc, which has a number of bases across East Anglia including in Lowestoft and Great Yarmouth, has been awarded the £5.6 million ‘Above Water Balance of Plant’ contract. ‘Balance of Plant’ usually covers all of the supporting components for a power plant and in this instance will see the company providing scheduled and corrective maintenance to the windfarm. Work will include statutory inspections, equipment maintenance and structural integrity checks for components.

The three year contract, which has an extension option after the initial contract term, will see staff from James Fisher Marine Services working both onshore and offshore servicing the windfarm. The significant value and length of the contract will provide around 20 new jobs at the company’s Lowestoft base.

James Fisher Marine Services has been awarded a number of contracts to support the construction of East Anglia ONE totalling over £35 million, including integrated marine services and removal of unexploded ordinance.

This contract is one of a wide range ScottishPower Renewables has awarded to companies across the East of England. As well as the £5.6 million awarded to James Fisher Marine Services, the leading wind energy developer has already committed to spending over £70 million with businesses across the region on the East Anglia ONE offshore windfarm.

Charlie Jordan, Project Director at ScottishPower Renewables, said: “We’re delighted to have such a strong supply chain in East Anglia and we’re really pleased to be furthering our working relationship with the James Fisher team.

“Many fantastic companies from across the East of England have played important roles in bringing East Anglia ONE to fruition and we are committed to working with the region’s businesses on our current and future East Anglia windfarms.”

Scott McMillan, operations and maintenance director at James Fisher Marine Services, said: “We’re delighted to have been selected by ScottishPower Renewables and extend our close working relationship with the East Anglia ONE team.

“As a company rooted in Lowestoft, we are really proud to be part of a local supply chain that celebrated a collective achievement when the wind farm generated first power earlier this year, and made huge strides towards helping to produce the clean energy the UK needs, whilst also providing opportunities to the people and businesses of East Anglia.”

The announcement of the Above Water Balance of Plant contract award comes hot on the heels of the opening of ScottishPower Renewables’ state-of-the-art new operations and maintence base at Lowestoft Port, which will see up to 100 long-term employees based there, with hundreds of supply chain companies frequenting the site every year, contributing substantially to the local economy. 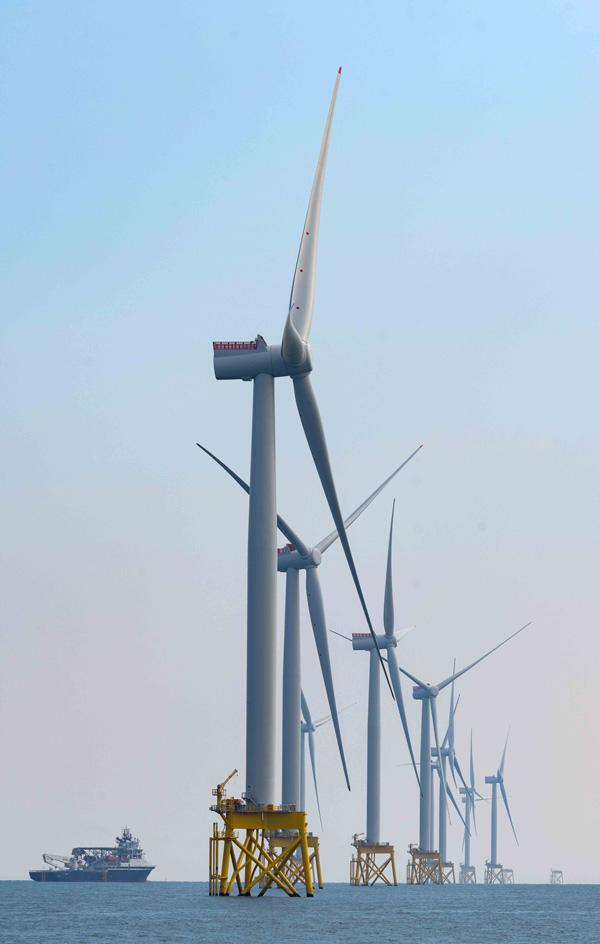 Located 43km off the Suffolk coast, East Anglia ONE is a joint venture between ScottishPower Renewables and Macquarie’s Green Investment Group (GIG). The windfarm supplied its first power to the grid in September and once fully operational in 2020, the £2.5 billion project will provide enough clean energy to power the equivalent of more than 630,000 homes annually*. East Anglia ONE is the first of four offshore windfarms ScottishPower Renewables is developing in the region. For more information about East Anglia ONE visit: www.spreastanglia.co.uk