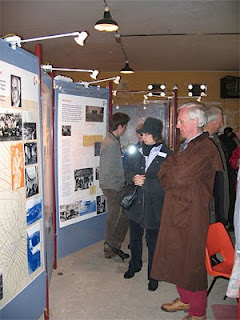 Heritage Lottery Funding has enabled an Oral History Project, Shout & Whisper, to record the memories and experiences of many people who worked at Bawdsey before, during and after WW2. A further grant from the Heritage Lottery Fund in 2009 has enabled the Trust to commission the writing of a play, First in the Field, by Suzanne Hawkes. The play is to be produced at various local venues during spring 2010. 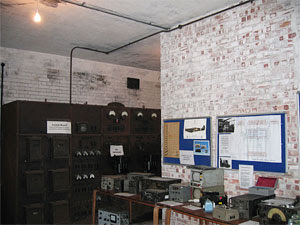 First In The Field ‐ The Secrets Of Radar

An Island of Secrets – rumours of a Death Ray – strange towers rising above the Manor ‐ flashing lights in the dead of night and the ever present threat of invasion. Will life for the villagers of Orford and Bawdsey ever be the same again? And will the boffins come up with a workable plan before the Luftwaffe start their bombing raids in earnest?

After the ‘War to end all Wars’ there was no stomach among politicians in Britain to contemplate another conflict. But by the middle years of the 1930s it was obvious to some that there would be no choice. What was also obvious was that this next war would be won or lost in the air – and Britain was very unprepared.

For those who recognised the threat one question seemed to have priority – what will stop the bomber getting through?

The answer lay with a small group of boffins on a windswept spit of land on a desolate stretch of the East Coast who against the odds, with minimal resources, Heath Robinson prototypes and with time running out worked in secret to perform a miracle and develop the ultimate in defence technology – the system that would become known as RADAR.

This is their story – and the story of the ordinary men and women who worked alongside them both on Orfordness and at Bawdsey Manor in the years leading up to the pivotal battle of the skies in 1940 ‐ the battle that would determine whether Britain would stand or fall to the German might.

This is a fictional drama based on fact. Using documented records of the boffins and the oral and written records of those who worked with them as assistants and radar operators, ferrymen and security guards, this play will dramatise the events leading up to the Battle of Britain as seen through their eyes, and the struggle to develop a working defence chain of radar stations before the threat of German invasion became reality.

Suzanne has written a number of successful plays about local issues including Refugee Café, Breaking the Chain, Becoming Orwell and Suffragette! which have been performed in venues including Sir John Mills Theatre and the New Wolsey Studio.

First in the Field
The Secrets of Orfordness, Bawdsey and RADAR
We now have confirmed performance dates for this exciting new play which are as follows:
Sat 1st May Bawdsey Manor 2.30pm 7.30pm
Sat 1st May Bawdsey Manor 7.30pm
Sun 2nd May Kesgrave Community Hall 7.30pm
Tues 4th May Waldringfield Village Hall 7.30pm
Thurs 6th May Landguard Fort, Felixstowe 7.30pm
Fri 7th May Landguard Fort, Felixstowe 7.30pm
Please Note: The performances at Landguard Fort will make use of a number of different locations within the Fort and so will not be suitable for those who have difficulty with walking or standing.
Tickets: £8/£7 (concessions) are available by phoning 07821162879 or email [email protected] or from The Wharf 102 Hamilton Rd, Felixstowe or 6 Thoroughfare, Ipswich.
Numbers will be limited at Bawdsey Manor and Landguard Fort so it is advisable to book early.
Thurs 1st July New Wolsey Studio, Ipswich
Fri 2nd July New Wolsey Studio, Ipswich
Sat 3rd JulyNew Wolsey Studio, Ipswich
Tickets: £8/£7 (concessions) are available from the Box Office 01473 295900.