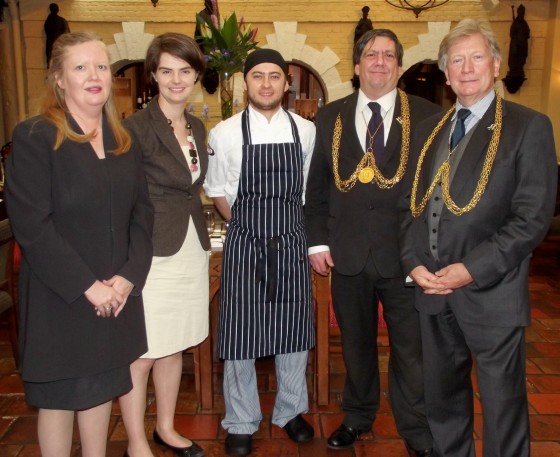 Head Chef Marcin Pomierny explained: “We change the menu every two months to reflect seasonal produce, and begin testing the next menu on our menu du jour around two weeks before launch. Working with our Norfolk and Suffolk suppliers, I have designed a menu inspired by traditional English dishes using the best local produce.”

“The flavour and the texture of each dish are very important. I often use two cuts of meat in a dish to present different textures. The ingredients must all work together to produce a quality dish which can be well cooked and presented in our busy restaurant and most important be enjoyed by our customers.”

Highlights from the new menu:

Marcin Pomierny was appointed Head Chef last September. He trained as a chef in Poland and has worked in Norwich since 2005. He arrived in the UK with minimal English, secured a job as a kitchen porter and has learned the language and the British way of running a kitchen on the job, to become a Head Chef in just eight years. He was a finalist in the Craft Guild of Chefs Young Chef of the Year competition in 2008.

English Tourism Week is a weeklong celebration of events co-ordinated by VisitEngland, showcasing the quality and vibrancy of the visitor experiences and the value that tourism brings to the nation.