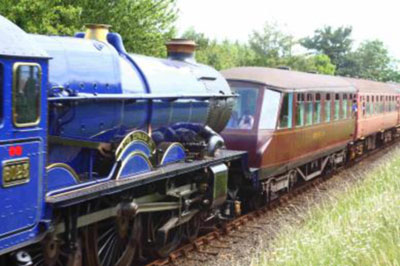 This will NOT be double headed, but will be steam hauled.

Booking Forms are now in the Ticket Office and on the Special Event page of the
website.

Saturday night’s Fish & Chip Train hauled by King Edward II was so very well
received that a Party from Norwich has written an “Ode to King Fish&Chips”, to be
found overleaf. Photo overleaf by Fred Chapman, copyright given by Fred

Further details of the MNR may be found on our website www.mnr.org.uk.