Mushroom picking, food or poison! The feast, the fear and the fungi

Mushroom picking:The feast, the fear and the fungi

As the clouds send down a seemingly endless barrage of water, Clive Houlder is in seventh heaven.

The recent rain has created perfect conditions for many of the world’s most highly-prized mushrooms. Better still, Houlder knows he faces little competition for the fungi that are sprouting everywhere.

On the Continent, the woods would now be crawling with families scouring the leaf mould for chanterelles, saffron milk caps and cepes.   But our woods are deserted, for Britons seem instinctively wary of “toadstools” and many refuse to touch, let alone taste, anything lacking a Cellophane wrapping on a supermarket shelf.

As if to reinforce our instinctive distrust, it was reported last week that a woman had died after eating death cap mushrooms* on the Isle of Wight. Two weeks earlier, Nicholas Evans, author of The Horse Whisperer, and three of his companions were taken ill after unwittingly consuming toxic mushrooms (Deadly webcap, Cortinarius rubellus**) on a Scottish holiday.

Understandably, millions of Britons are now more wary than ever of harvesting wild mushrooms. Yet, with common sense, the dangers can be minimised – particularly when there are so many to choose from in this record-breaking season.

Back home, check with a definitive encyclopaedia (Roger Phillips’s Mushrooms is best, or see his website, www.rogersmushrooms.com) and make sure your identification is correct in every detail. If you are in any doubt at all, don’t eat the specimen in question, but check with an expert mycologist. 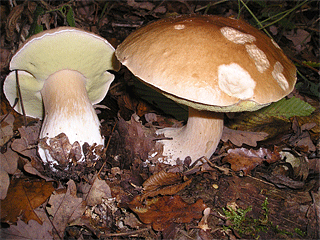 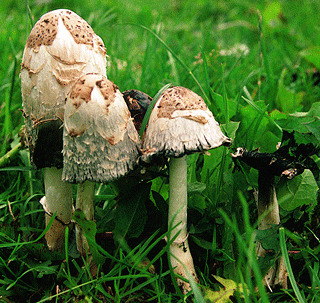 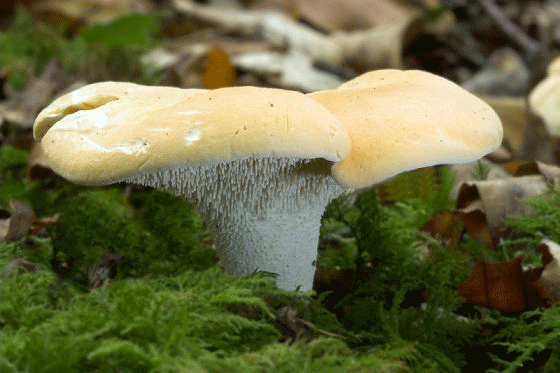 “They are coming up the length and breadth of the country and as long as it keeps raining, they’ll keep coming,” enthuses Houlder. “The London wholesalers are full of Scottish girolles and winter chanterelles and the New Forest is positively overflowing.” 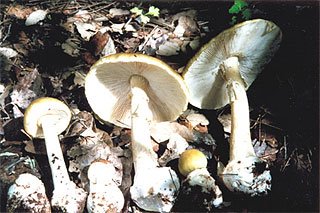 Death cap (Amanita phalloides)*
Just one of these widespread and innocuous-looking mushrooms is enough to kill an adult. 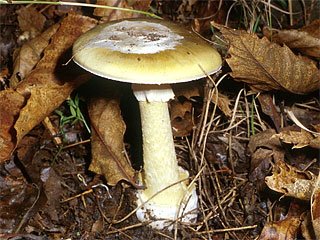 Destroying angel (Amanita virosa)
As toxic as the death cap, but rarer. To be safe, autumn beginners should avoid all pure white mushrooms. 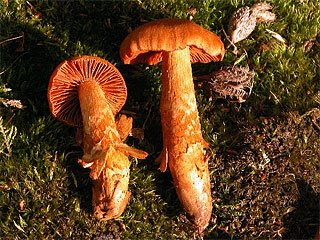 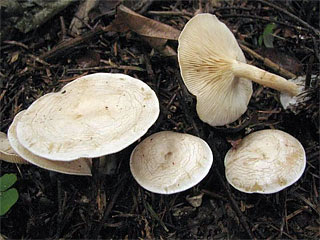 False fairy ring (Clitocybe rivulosa)
Extremely toxic and resembles the delicious fairy ring champignon (Marasmius oreades). The gills of the fairy ring curl up into the cup; but those of the poisonous version curl down the stalk. 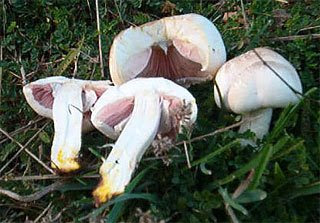 Yellow stainer (Agaricus xanthodermus)
Responsible for more poison cases than any other because it looks like a normal field mushroom.