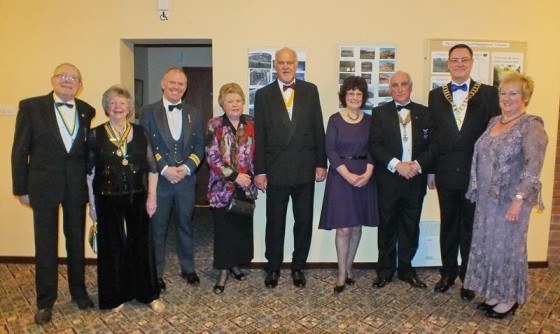 Mr Daniels praised Mr Allen for his dedicated work over many years for the club and for the Rotary movement in general. He served as club president in 2006-07, and has been club secretary for several years. He also regularly attended the district 1080 meetings and the annual district conference on behalf of the club.

The award was present to Mrr Allen by 1080 District Governor Trevor Sayer, who also praised his commitment to the movement. 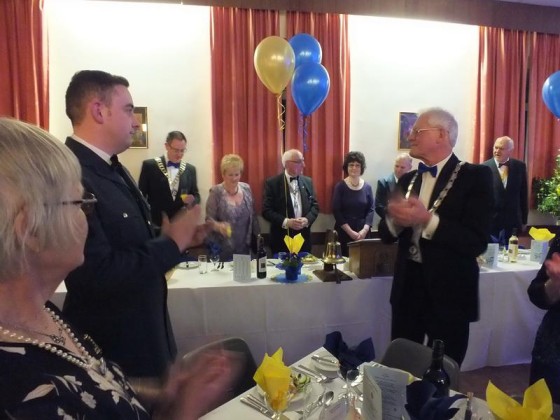 Mr Allen, who knew nothing of the award until he received it, said it was a great honour for him to receive the Fellowship. He enjoyed the fellowship of Rotary, and praised the good support he had from his fellow Rotarians and successive presidents.

Earlier, in proposing the toast to the Bungay club, Mr Sayer highlighted the many ways in which it was serving the community and club members, and said it was held in high esteem in the district for its activities. The club was a fine example of all that was good about Rotary. 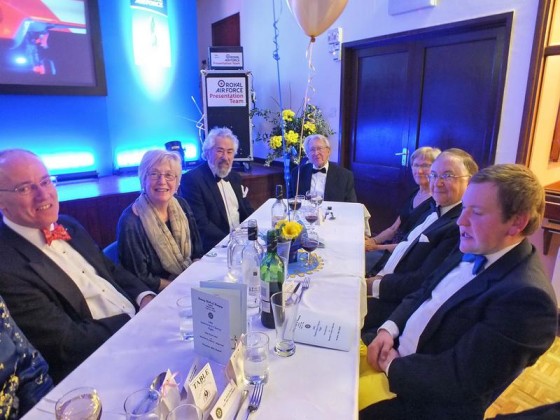 Mr Daniels responded to the toast, and thanked the district organisation and the club itself for their support during the year. His fundraising for his year of office is to benefit Canine Partners, which provides highly trained caring dogs for servicemen and woman who have been severely disabled in conflicts around the world. 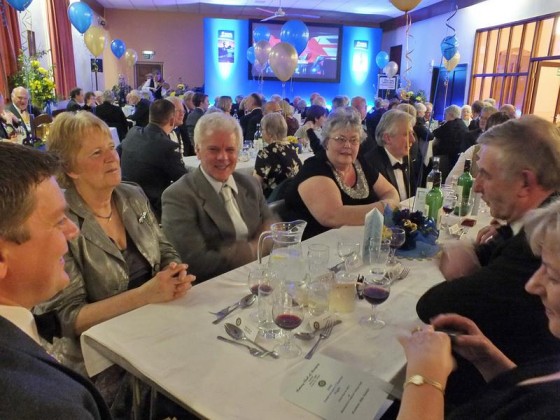 Guests also included assistant district governor Nick Cork, and the Town Reeve of Bungay, Richard Cundy, and the Mayor of Bungay, Terry Reeve, who are both members of the Bungay club.

The raffle at the dinner was in aid of the Mayor’s appeal to raise £7000 to provide a bladder scanner for Bungay Medical Centre, and it realised £450. 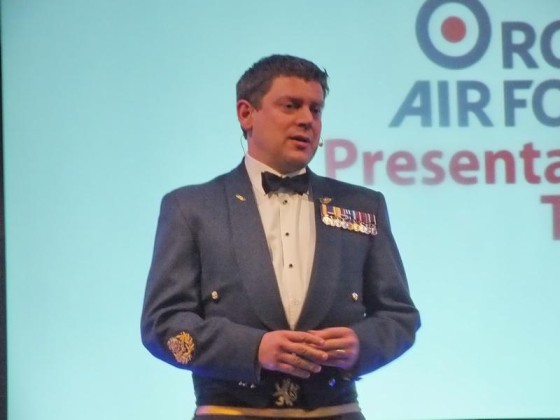 The RAF Presentation Team, based at RAF High Wycombe, and led by Squadron Leader John Riddell, gave an absorbing hour long presentation about the work of the service and how it protected the country and cared for its 37,000 personnel. They were thanked by Howard Birch.

Music during the meal was provided by the group Mulberry Hawk.