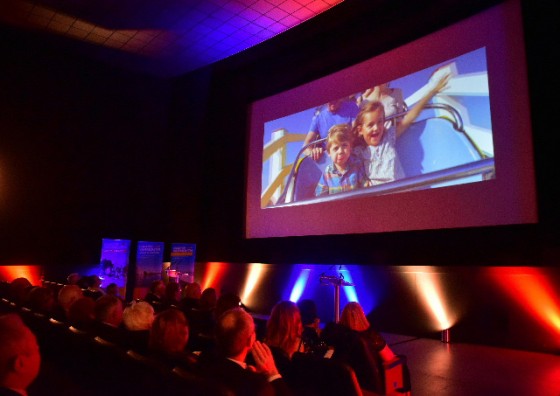 Greater Yarmouth Tourism and Business Improvement Area Ltd (GYTABIA) launched its 2016 campaign on Tuesday 8 December at the Hollywood Cinema to an audience of over 200 local tourism and business professionals.

The centrepiece of the launch was the première screening of 15 new films, including a special extended version of the new TV advert, all to be shown online in 2016. These new films, produced by Norfolk based Ember Films for internet use, are aimed at the growing audience of online viewers who use YouTube as a search engine and the trend of watching ‘on demand’ online, both of which are increasing as traditional media loses viewers to the internet.

The themed films look at different aspects of Greater Yarmouth, highlighting all sorts of things that visitors can do, from shopping to exploring heritage, from enjoying indoor or outdoor attractions to discovering what’s open in winter for holidays out of season, as well as taking a more in-depth look at some of the stories behind tourism.

David Marsh, Interim GYTABIA Chairman said: “We want to inspire a new generation of visitors through a medium that is current, relevant and accessible and create an online social buzz by focussing on the key strengths of our destination and on the lives of some of the people who make our destination great.”

The mini films will be released through various online channels over the coming months but those curious to sneak a peek now can watch the extended new TV advert on the Visit Greater Yarmouth YouTube Channel:

The launch was also an opportunity to reveal the 2016 Holiday and Short Break brochure and to announce some of the projects that the BID will be able to support in 2016 and beyond.

Cllr Barry Coleman, GYTABIA Vice Chairman said: “Business leaders from all over the borough from east to west, from Winterton-on-Sea to Hopton-on-Sea have recognised that the BID is an amazing opportunity to galvanise communities and groups of traders to work together towards a common goal: to increase customer numbers, customer satisfaction and customer spend.”

“Of the 40 or so ideas submitted, the BID will be supporting a range of projects including an Eating Out Week, a National School’s Sailing Regatta in Gorleston and Hopton’s 10th Anniversary Fete and Carnival.  There will also be continued support for the Wheels Festival, Great Yarmouth Arts Festival,  the Film Festival,  Martham Scarecrow Festival,  UK Beach Volleyball in Gorleston, the summer fireworks in Great Yarmouth and Hemsby, Gorleston’s annual Christmas Switch-On and for the popular Maritime Festival.”

The BID Board has also allocated funding to assess the feasibility of staging an Air Show in Great Yarmouth in 2017.

David Marsh said: “This is a probably our most ambitious and challenging project so far and we will need every day of the 18-month lead in time to make sure everything is in place.”

“The BID is also about helping create a good first and lasting impression so we are pleased to be able to support floral projects in Hemsby and Filby as well as developing new trails around Winterton-on-Sea.  Working with the Community Trust the BID is also supporting the ‘Station Hosts,’ a team of meeters and greeters who provide information to visitors arriving and departing through Great Yarmouth railway station.”

All priority projects identified at the November board meeting are being worked up now for final approval in January.

Cllr Coleman who is also GYBC’s portfolio holder for tourism said: “Tourism is a key sector in the borough’s economy; some £130 million, or 24.5% of the annual tourism spend, is contributed by tourism businesses spending with other businesses.  We look forward to continuing to work with partners across the borough to make a real difference over the next few years.” 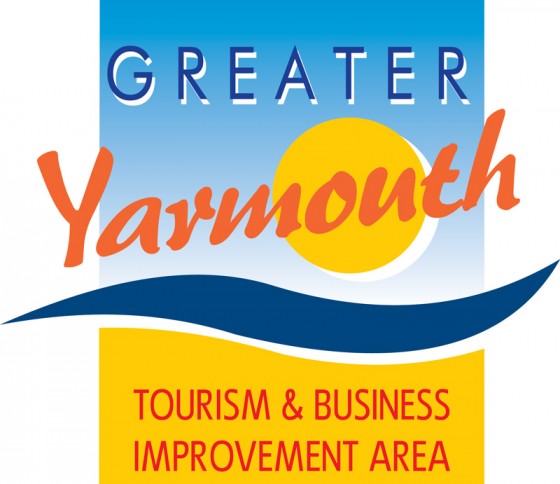 The Greater Yarmouth Tourism and Business Improvement Area, whose 24 directors are all volunteers from across the tourism industry, is a not for profit company with these aims:

 To improve the visitor experience and increase repeat visits

 To provide incentives and opportunities for local businesses

GYTABIA is the first tourism and business improvement area in East Anglia.