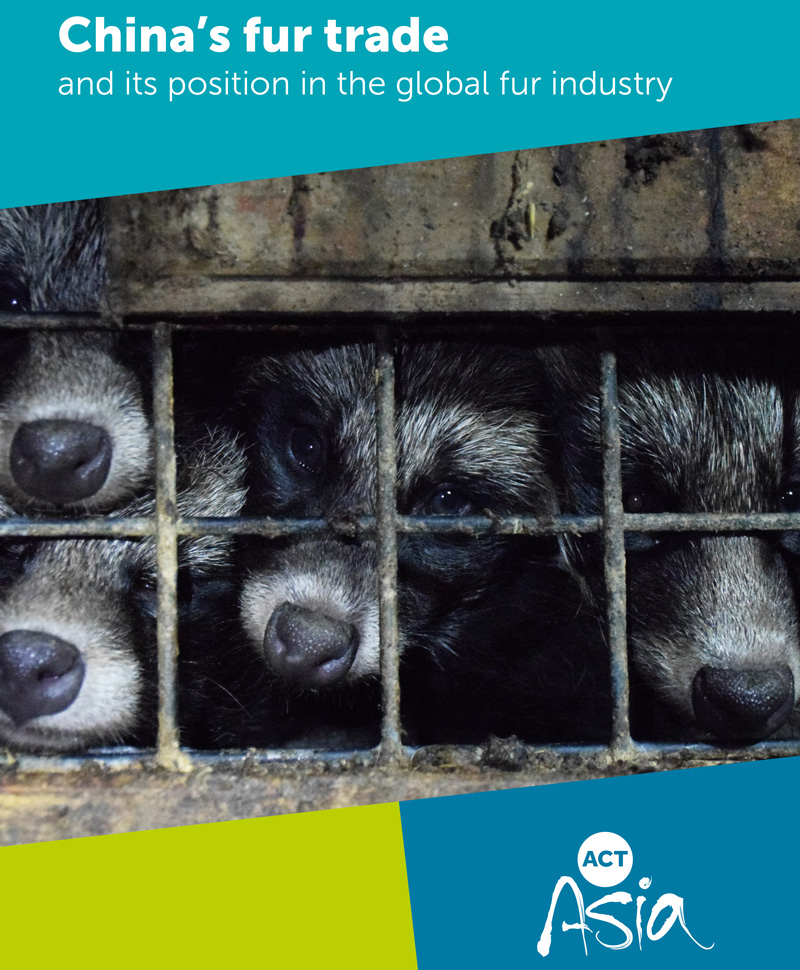 New research highlights the growing influence of China’s fur trade on the world’s fur industry, according to not-for-profit organisation ACTAsia. The report, China’s fur trade and its position in the global fur industry reveals the emergence of a persistent, steady level of supply and demand for real fur in China. International partnerships between China, Europe and North America are helping to consolidate China’s fur-farming industry, as it establishes strong foundations that would enable expansion to meet growing demand in future. Live export of stud animals to China, knowledge-sharing, join student design and business programmes, and a growing reliance upon China by the west for healthy profits signal close international partnerships.

In 2014, China’s factory farm produced a staggering 60 million mink – more than half the global output – and the surplus from that year, still in cold storage, continues to supplement annual production for the global market. Foreign investment in China has strengthened the industry with mutual benefit, modernising China’s fur farms and supporting the trade in Europe and North America.

ACTAsia points out that although production numbers have slowed down since 2014, this is largely due to shifts in the market. There has been a moveaway from coats made entirely from traditional mink towards a preference for fur trim, often derived from other species including fox and raccoon dog. Production of fox pelts has recently grown in China. While the majority of China’s fur is consumed domestically, a significant quantity is exported to supply high street brands and market stalls across the world.

John Lau is Associate Dean at the London College of Fashion. “Many luxury brands have joined the Fur-Free movement and banned fur from their collections in recent years,” he said. “But fashion colleges, students and consumers also have a responsibility to consider the impact of fur on the environment, and on animal suffering, and use their creativity to source alternative materials. It’s equally important that fashion colleges consider their policies, their partnerships with China, and work more closely with retailers to promote sustainable fashion and a Fur-Free policy.”

The change in global output away from established commercial leaders in Europe and North America towards factory farming in China, takes advantage of limited legislation around animal welfare and disposal of toxic industrial waste. Foreign industry is moving its resources towards China, reaching for bigger profits where there are no demands to meet regulations. ACTAsia claims that as a result, welfare and pollution problems have increased.

Last year Finland’s ‘monster fox’ shocked an international audience when it was revealed how blue fox have been bred through genetic selection to create an animal bearing an oversized, more profitable surface area of fur pelt, which seriously compromises its wellbeing. New partnerships between Finland’s ‘monster fox’ breeders and China were recently exposed when a farm in Jinzhou city, Liaoning Province, was found to be importing ‘monster fox’ from Finland late in 2018.

Other welfare concerns include the common use of melatonin in China to stimulate animal growth, reducing the time it takes for animals to reach maturity from eight down to five months. Its use is prohibited in Denmark and Finland on welfare grounds.

ACTAsia is asking consumers across the globe to make Fur-Free fashion choices. It is also calling for the international Fur-Free movement to continue to set a precedent by banning fur farming in the west, but to address the enormity of China as a driving force.

ACTAsia’s Founder and CEO, Pei Su, said, “China’s appetite for fur is insatiable and education is the key to changing consumer behaviour. We must help consumers understand that real fur is cruel, environmentally destructive and contributes to climate change. Success in banning fur in Europe is encouraging, but China is a driving force for sustaining the industry, and should not be ignored.”