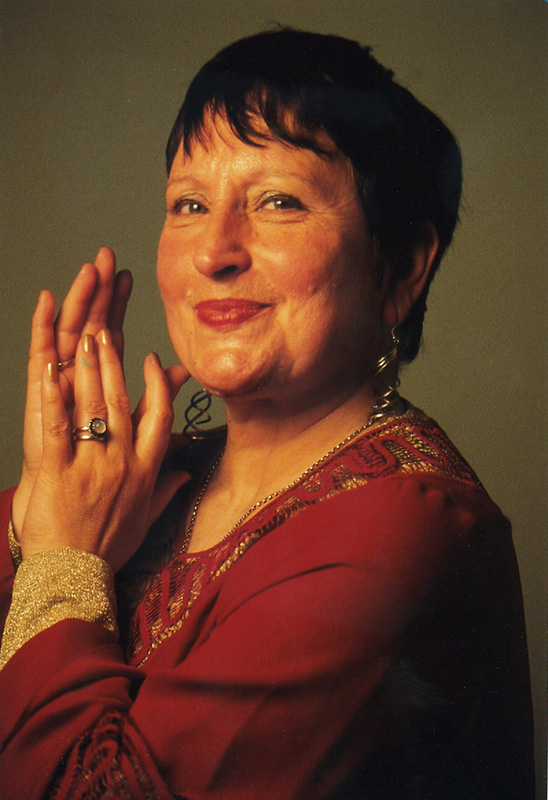 Chamber Orchestra Anglia and the University of East Anglia are presenting a concert with Norwich born international soprano Jane Manning at The Assembly House, Norwich on Thursday, 20 February. She is performing Shoenberg’s Pierrot Lunaire, a piece which has probably not been heard live in the city for decades. Jane has performed the work more than 100 times since the 1960s.

The concert begins at 7.30pm in the Noverre Suite. Jane Manning is giving a pre-concert talk (included in ticket price) at 6.15pm. Tickets are £15, concessions £12 and students £5, available from Prelude Records and St George’s Music Shop in Norwich and UEA Box Office www.ueaticketbookings.co.uk/events.

Pierrot Lunaire employs the technique of Sprechtstimme – requiring the vocal line to be half-sung and half-spoken. The presentation of the music featuring a vocal part with the backing of a small ensemble is similar to that of a cabaret, with the singer/speaking voice narrating a story. In the case of Pierrot Lunaire, the ‘story’ is told through 21 separate poems, originally written by the French poet Albert Giraud; Schoenberg uses the German translations by Otto Erich Hartleben.

The Assembly House concert is a unique opportunity to experience this extraordinary piece of music by one of its greatest proponents, Jane Manning, who has performed it more than 100 times. She has performed and recorded the work with great musicians such as Daniel Barenboim, Pierre Boulez, Simon Rattle, Zubin Mehta, and has written a book on the performance and history of Pierrot Lunaire published in 2012 to coincide with the centenary of the composition of the piece.

Sharon Choa, Chamber Orchestra Anglia, conductor on February 20, said: “it is an immense honour to have Jane Manning to perform this for us with principal players of Chamber Orchestra Anglia. The difficulty of the piece is such that only very few singers in the world could successfully tackle it; As a result, it is not often heard in a live performance and Norwich has certainly not experienced this music for decades. Jane Manning will also be giving a talk before the concert ensues – this promises to be both enlightening and entertaining. Audience members are encouraged to come both to the talk and the evening’s performance which also includes Brahms’ beautiful Clarinet Trio in A minor as a prelude of the evening’s programme.” 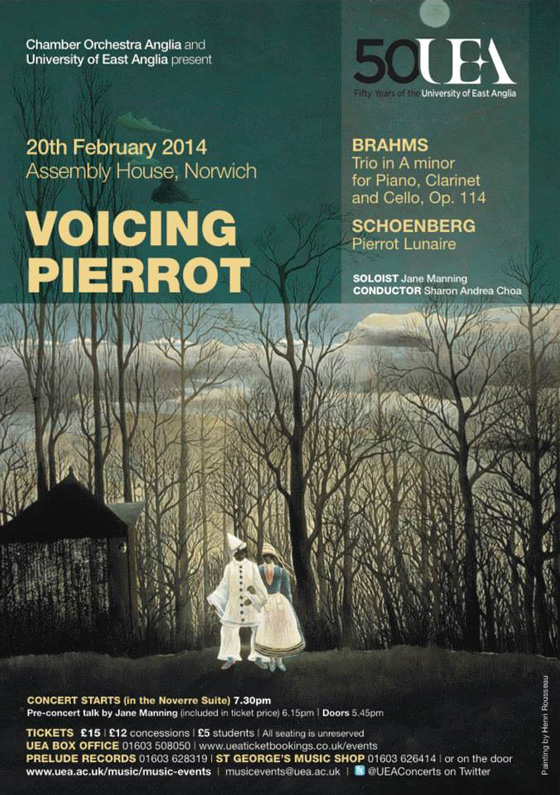