Rustie’s cooking up panto fun in Lowestoft this Christmas! 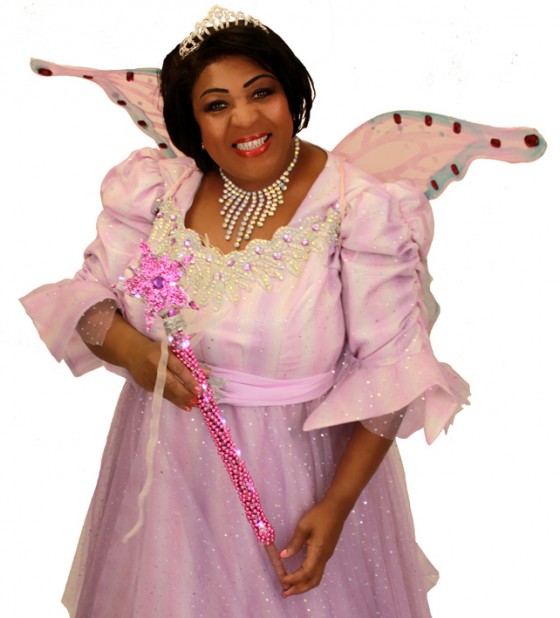 She’s known to millions for her infectious laugh and the star of this year’s big Lowestoft pantomime will certainly be cooking up some festive fun as it has been revealed that Rustie Lee is to headline the cast of Sleeping Beauty at the Marina Theatre this Christmas.

Joining Rustie are John Lyons, best known for his role as Detective Sergeant George Toolan in the long running series A Touch of Frost, and West End Experience and Benidorm vocalist Asa Elliott.

Sleeping Beauty runs at the town’s Marina Theatre from December 15 through until January 2 and will once again be produced by the award winning team behind recent record breaking Marina pantomimes Snow White & Cinderella, Paul Holman Associates.

Much-loved TV cook and personality Rustie Lee is set to sizzle as the enchanting Lilac Fairy in the magical story of the princess who fell asleep for 100 years. With appearances on Loose Women, This Morning and Saturday Night Take Away, Rustie is never far from the spotlight and remains a firm favourite in people’s hearts. She first burst onto our screens with her infectious laughter and fun-loving personality as the chef on the set of TV-AM. Seven successful years on the channel followed as the nation woke-up to a delicious world of Caribbean delights as Rustie cooked for guests including George Best, Ringo Starr and Les Dawson. In addition to her recording career Rustie has appeared in several pantomimes as well as musicals including Smokey Joe’s Café & South Pacific.

Rustie said: “I’m really excited to be coming to Lowestoft this Christmas and sprinkling some magic fairy dust. It’s a great production of one of the best loved pantomimes and I look forward to performing at the Marina Theatre. Let’s make it a happy Christmas together this year! ”

John Lyons who takes the role of King Crumble is best known for playing Detective Sergeant George Toolan for 18 years in the hugely popular series A Touch of Frost. An accomplished stage, television and film actor John has appeared in a host of productions including George & Mildred, The Sweeney, Upstairs Downstairs, Doctors and the Onedin Line as well as appearances in London’s West End including Agatha Christies The Mousetrap.

Every pantomime needs a hero and swapping the sunshine and cabaret of the Costa Blanca, from the award-wining comedy hit Benidorm, is Asa Elliott as Prince Valiant. Asa first appeared in the popular comedy having been spotted by writer Derren Litten, who created the unique role for Asa, playing himself as the regular singer at the Solana Resort. Last September Asa stole the show as the lead vocalist in the critically acclaimed production of musical celebration The West End Experience which premiered at the Marina before touring the UK.

Producer Paul Holman said, “I am thrilled Rustie is joining us in Lowestoft in a most enchanting pantomime. Audiences will definitely be in a spin with colourful costumes, spectacular scenery, creative choreography and a mix of modern and traditional music, and we guarantee laughter will be loud, long and definitely raising the rafters! Rustie will have audiences eating out of her hands as she brings the Lilac Fairy to life in her own warm and welcoming style. John Lyons brings a touch of class and comedy in his role as the king and Asa Elliotts’s fine vocals and charming personality see him perfectly cast as the Prince”

Karen Thompson Marketing manager for the Marina added, “We are thrilled to announce the casting of Rustie, John & Asa for this year’s big Lowestoft Pantomime. Featuring a host of colourful comic characters, spectacular sets, fabulous costumes and lots of audience participation (oh yes it will!) advanced bookings are already at record levels so it really is time to set your alarm clocks for the east coast’s largest full scale professional pantomime here at the Marina this year.”

Sleeping Beauty opens on Tuesday 15 December with performances up to and including Saturday 2 January 2016.

It's finally here! Ipswich Music Day is back in Christchurch Park today from 12pm-8pm. 🎸 As well as live music across six stages, there will also be fairground rides, street food, and a marketplace.Visit our website to see the full programme: www.ipswichentertains.co.uk/ipswichmusicday/ ... See MoreSee Less