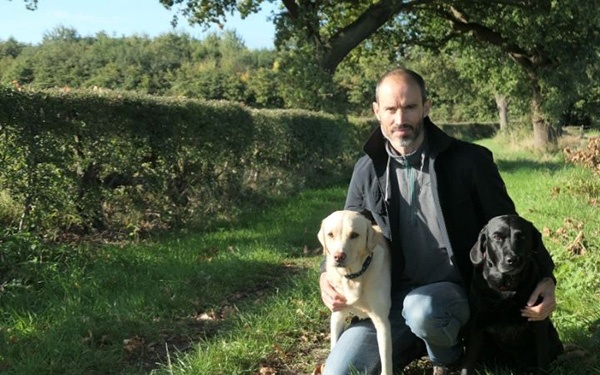 Andrew Cotter began 2020 as one of the most recognisable voices in sports broadcasting. But now, he is a ‘bone’-a fide internet sensation, only slightly eclipsed by his canine companions and overnight global superstars Olive and Mabel.

Andrew’s hilarious commentary in a series of online contests between his two adorable Labradors brought people across the internet together during the toughest days of lockdown. Uplifting and heart-warming, the series, including Game of Bones, went viral and has since been viewed more than 50 million times on social media.

Join Andrew, Olive and Mabel for this very special live event, as Andrew gives a commentary of a different kind: the heart-warming story of his life with his two famous Labradors, of his bond with his dogs, and their many adventures together. Both touching and laugh-out-loud funny, this is a treat for the whole family. 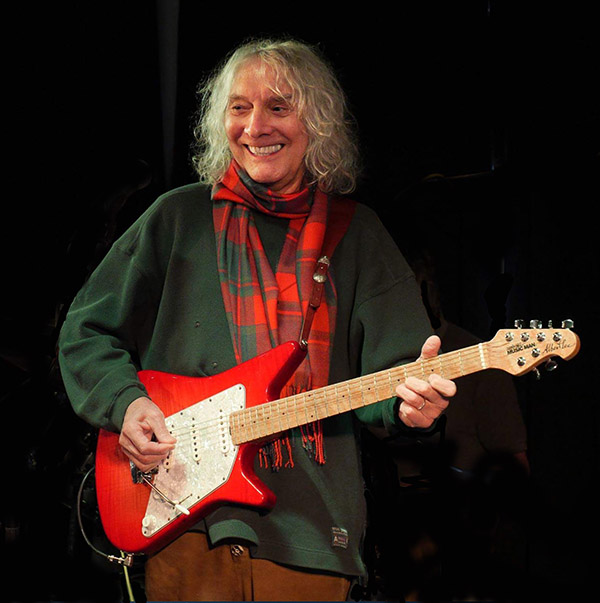 Co-writer of Country Boy and twice Grammy Winner Albert is revered by both professional musicians and fans alike as one of the finest guitarists the world. 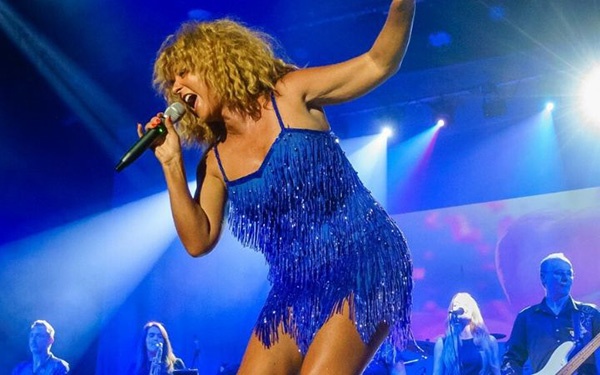 With Julie Nevada as Tina, this fully live show pays tribute to one of the world’s most iconic performers Full of hits like ‘Private Dancer’, ‘Nutbush City Limits’, ‘Proud Mary’, ‘River Deep Mountain High’ and ‘Let’s Stay Together’ to name but a few. 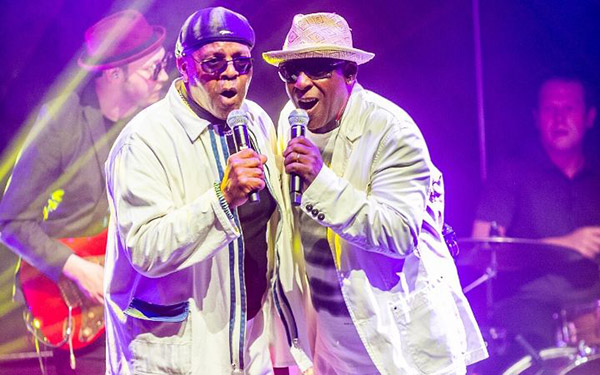 Original vocalists Chris Amoo & Dave Smith and their 5-piece band are out touring on the back of a new movie ‘Everything’ and a Greatest Hits Album containing their million-selling No 1 Hits ‘You To Me Are Everything’ ‘Can’t Get By Without You’ & ‘Feel The Force’. Plus a lost song recorded in 1976 but never released, ‘Someone Ought to write a song about you’, currently receiving lots of radio airplay. 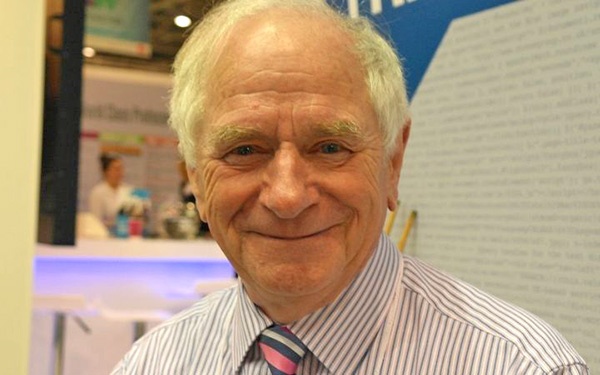 Without a single moment of maths boredom, the master communicator and ex stand-up comedian, Johnny Ball uses his trademark enthusiasm for mathematics to fill every moment of this quite delightful, fun packed motivational show for all the family.

Johnny’s Think of a Number TV shows inspired a whole generation and now their children and grandchildren are being caught up by his engaging and infectious style with this show that is delighting audiences around the country.
Recommended age 9+ 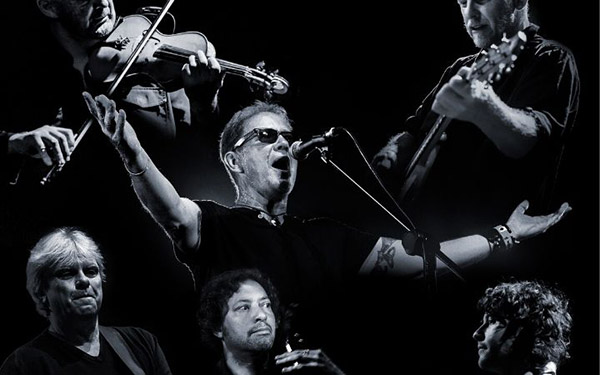 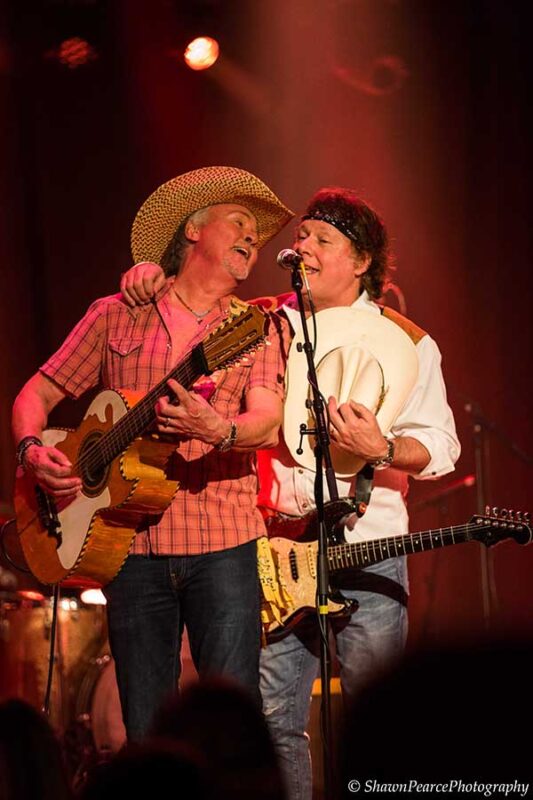 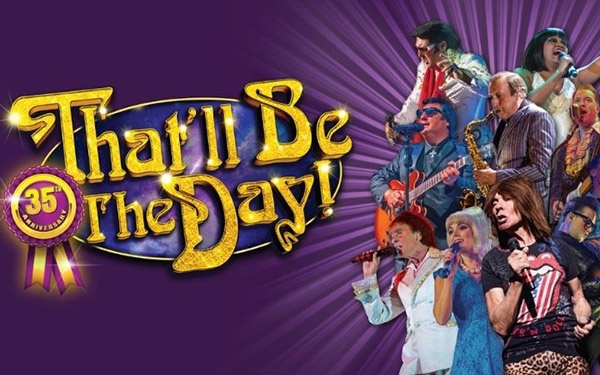 The nation’s premier Rock & Roll variety production returns with hits from the golden age of pop music, mixed with a whole lot of fun and laughs along the way. 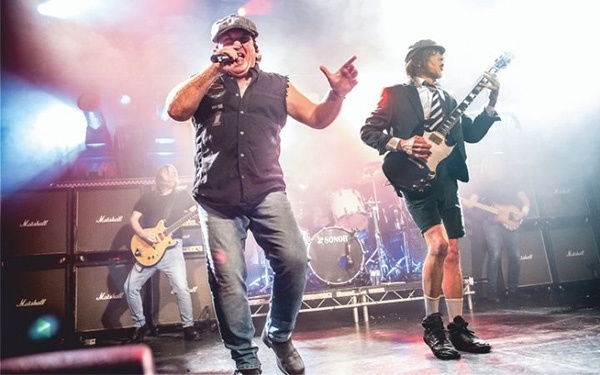 The hugely successful and unique six-man tribute to rock music’s greatest band AC/DC, complete with cannons, a wall of Marshalls’ and over two hours of High Voltage Rock ‘n’ Roll in a show critically acclaimed for its closeness in look and sound to the real thing. 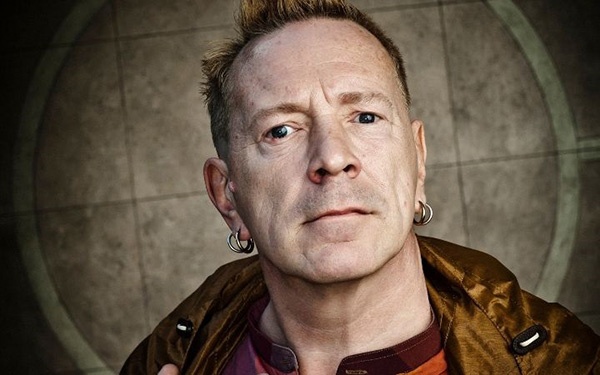 John Lydon – aka Johnny Rotten – changed the face of music and sparked a cultural revolution. The frontman and lyricist of the Sex Pistols and Public Image Ltd (PiL) caused a political earthquake and transformed music for good. To coincide with the publication of his new book, the brilliant, funny and insightful ‘I Could Be Wrong, I Could Be Right’, Lydon will talk about how he sees life, along with his unique and extraordinary career, and take audience questions. 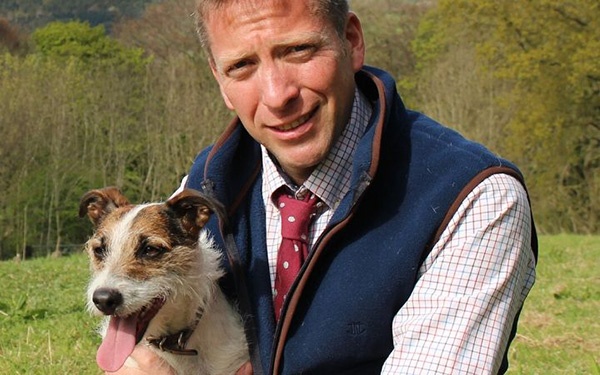 The Yorkshire Vet will share stories from his veterinary work in North Yorkshire. Sometimes sad, but often funny, these warm and compassionate anecdotes will bring to life the drama, as well as the humour, in the daily routine of a rural vet.

Following in the footsteps of James Herriot, Julian has captured the hearts of the nation in Channel 5’s The Yorkshire Vet, which is currently in its ninth series 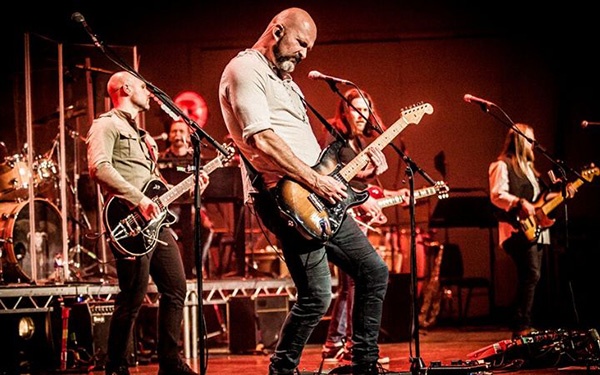 The World’s Official No.1 Eagles tribute return for another outstanding show of stunning vocals, tight harmonies and awesome guitar riffs. Described as ‘flawless’ by The Express, The Illegal Eagles are internationally renowned for their outstanding ability to recreate the Eagles’ distinctive sound with both flare and incredible authenticity.

Featuring all of the Eagles’ classic hits including Hotel California, Take it to the Limit, Life in the Fast Lane, Take It Easy, Lyin’ Eyes, Desperado and many more.

“The Eagles’ famous harmonies were sublimely replicated” – The Independent. 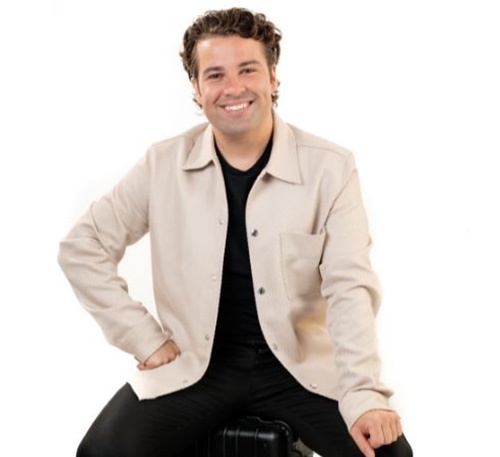 With his cheeky character and 24 carat gold voice, Joe is an all-round entertainer. He was Joseph in Joseph and His Technicolour Dreamcoat where he received amazing reviews, and more recently in Club Tropicana where he played the lead Garry. 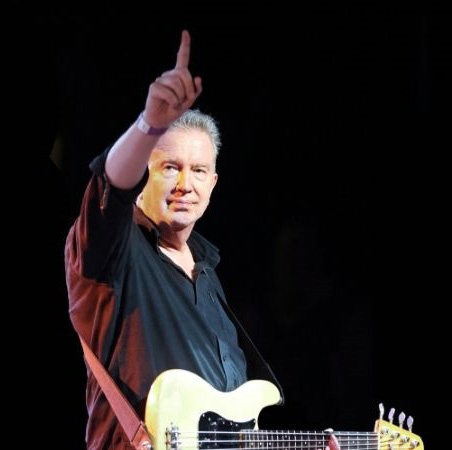 Never Too Late 70th Birthday Tour: the broadcaster and songwriter marks 70 years on the planet by embarking on a month-long tour with his incendiary live band playing highlights from his 45-year career in music: ‘Motorway’, ‘War Baby’, ‘Up Against The Wall’, ‘Too Good To be True’ and of course the anthemic ‘Glad To Be Gay’. 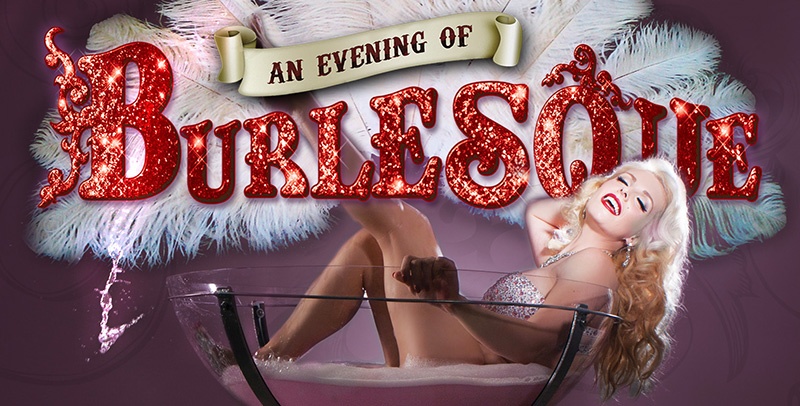 Join us as we celebrate our 10th sizzling year of touring throughout the world. Featuring some of your favourite stars from last year alongside the most outrageous and extraordinary new talent we could find, naughty has never been so nice!

“Sprinkled like the glitter from their costumes… Las Vegas glamour to 1940s Hollywood showgirls with comedy, magic and music” – STV, Edinburgh 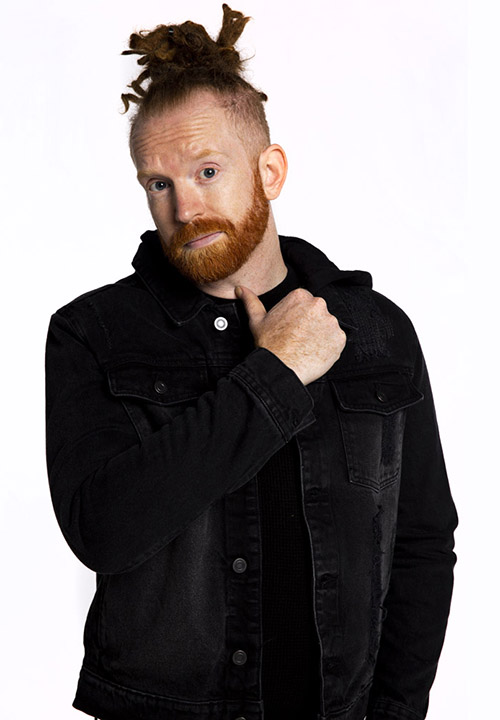 Soulful acoustic blues with a pop edge and a distinctively laid-back style. His music covers many genres, including folk, blues, soul and country.

Throughout Newton’s immensely successful career, he has sold over 1.5 million records with 180 million streams, making him one of the UK’s most successful singer-songwriters this millennium.

Click here or on image for our What’s On Poster 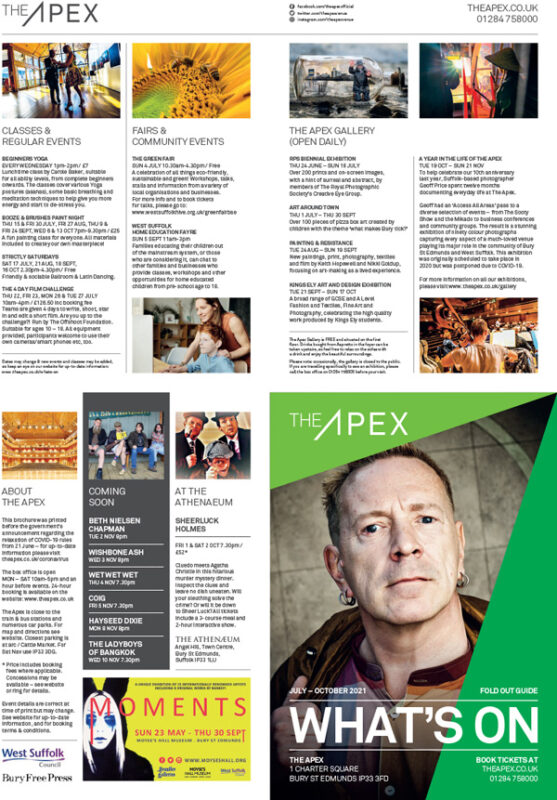 Beware wassap scamThe National Fraud Intelligence Bureau (NFIB) is warning the public about the continued increase in reports about scams where victims are targeted on WhatsApp by criminals pretending to be someone they know – typically their children.Between 3rd February 2022 and 21st June 2022, there have been a total of 1235 reports made to Action Fraud linked to this scam, with total reported losses exceeding £1.5mn.Criminals will usually begin the conversation with “Hello Mum” or “Hello Dad” and will say that they are texting from a new mobile number as their phone was lost or damaged. They will then ask for money to purchase a new one, or claim that they need money urgently to pay a billThe criminal will provide bank details for the payment to be made to, with some coming back with further demands for money.If you receive a message like this from a friend or family member, don’t send any money until you’ve had a chance to call them and confirm their identity. Taking a moment to stop and think before parting with your money or information could keep you safe.How to protect yourself:STOP. THINK. CALL. If a family member or friend makes an unusual request on WhatsApp, always call the person to confirm their identity.You can report spam messages or block a sender within WhatsApp. Press and hold on the message bubble, select ‘Report’ and then follow the instructions.Never share your account’s activation code (that’s the 6 digit code you receive via SMS). ... See MoreSee Less