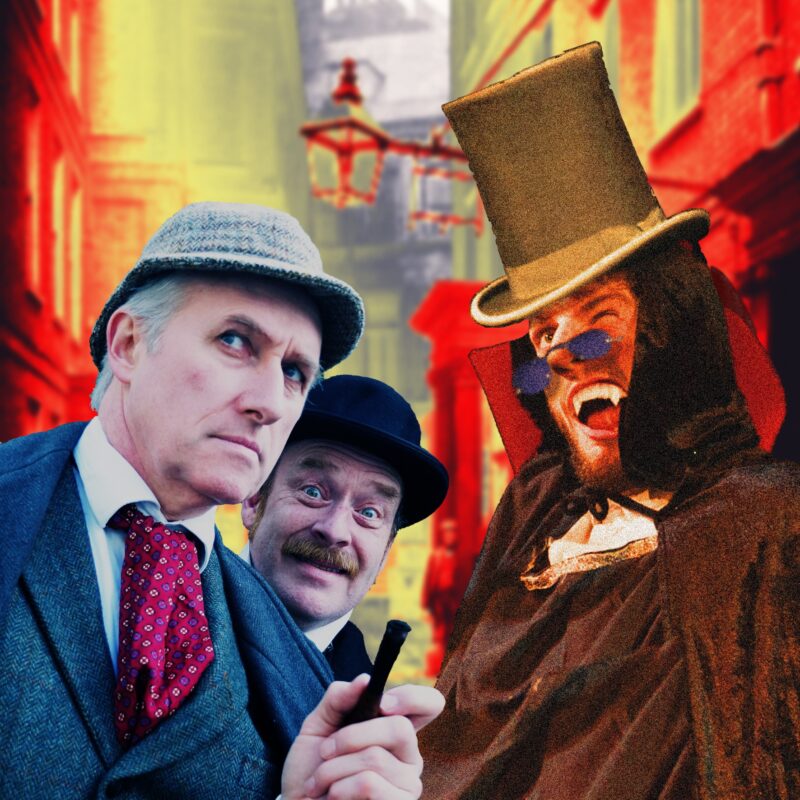 Pat Whymark & Julian Harries, the creative team behind many Xmas shows in the Eastern region over the years – for Eastern Angles and Common Ground – bring you another classic Xmas comedy thriller.

Lady Emilia Adwater engages the services of Sherlock Holmes to investigate the disappearance of her head butler and other domestic staff in her neighbourhood, down in deepest Suffolk. The disappearances coincide with the arrival there of the mysterious Count Dracula who has moved into nearby Carhorn Abbey.

Dr. Watson, masquerading as a life insurance rep. is sent to assess the situation, and on his return to Baker Street starts behaving rather strangely.

Sherlock Holmes faces his most dangerous adversary. Will he get to the bottom of the mystery, before the Count can carry out his dastardly plan to infiltrate British high society? Can he save the London season from becoming a ravening gorefest? It’s a case he can really sink his teeth into! But will the effort of solving it drive him completely bats?

Suitable for adults and older children

The Rotarians of Kelvedon Hatch & Villages

Below are some memories of our 2019 Xmas show,

SHERLOCK HOLMES & THE WARLOCK OF WHITECHAPEL 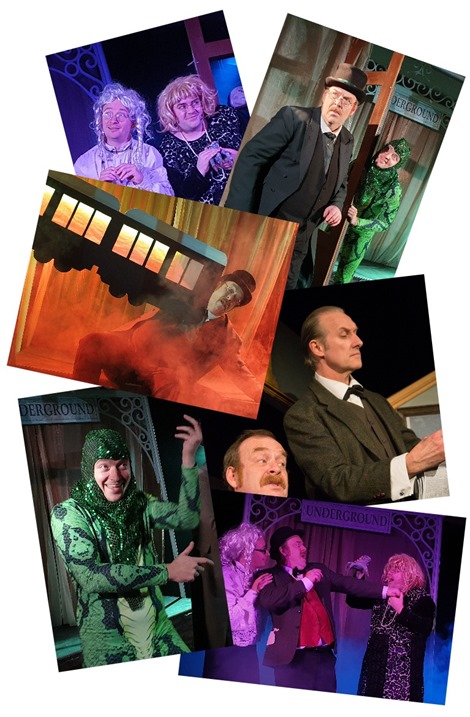