SOUTHWOLD RUGBY ROMP TO AN EASY WIN IN THE LOWESTOFT RAIN 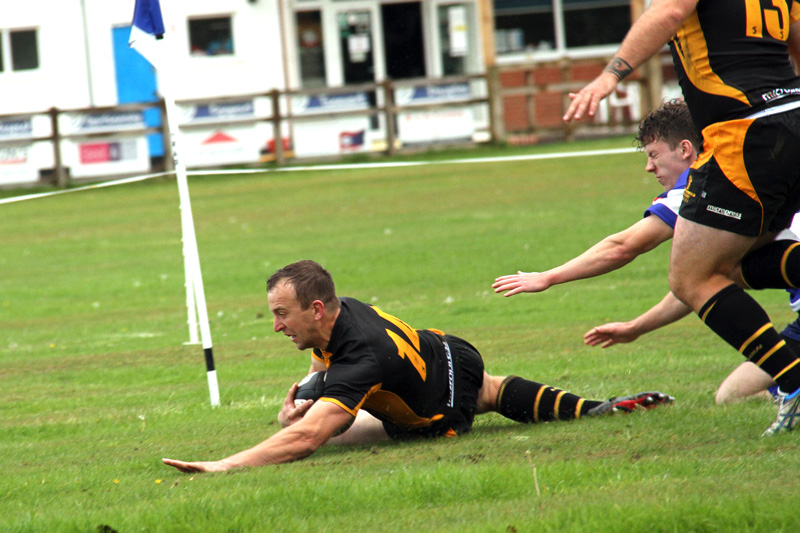 SOUTHWOLD ROMP TO AN EASY WIN IN THE LOWESTOFT RAIN

It’s a tough thing to say but the final score did not really reflect Wold’s total dominance in this rain and injury interrupted local Derby.

Even the three points L and Y did record from a penalty with what proved to be the last kick of the game were generous to say the least as the ball sailed high over the posts but just the wrong side of the upright, flagged as missed by the touch judge but awarded by the referee.

But for the weather it could have been a cricket score for Wold who dominated all over the pitch, but as the match progressed and the rain persisted the ball got wetter and wetter and the handling got harder and harder with loose passes and dropped passes keeping the Wold score in check.

With Des Brett starting on the bench along with Luke Wade it showed the strength in depth at the moment of this young Wold team when players of that statue are not in the starting line up due to recent absence but the team is not weakened in any way.

The sun was actually out at the beginning of the game and L and Y managed by a mixture of desperate defending and Wold’s over anxiousness to convert possession in to points, to keep the score at 0 – 0 for fifteen minutes or so but eventually Ritchie Thickett powered over right in the corner for the first try and Ben Felton slotted beautifully slotted the conversion from out wide to give Wold a seven point lead.

The try and points clamed Wold down and the rest of the half saw Wold never really come out of the L and Y half and three more tries were to follow the first all duly converted by Ben Felton. 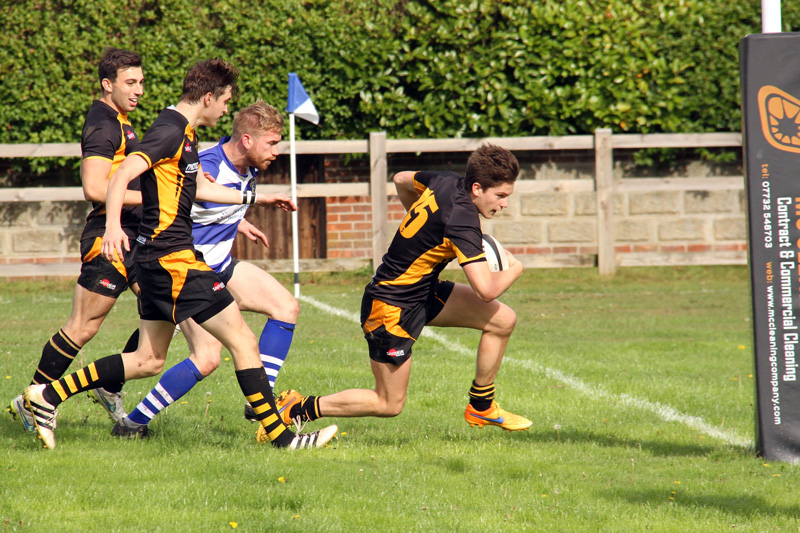 Josh Wallis cut a fantastic angle coming in to the line from full back to race in under the posts for Wolds second and then Callum Anthony stepped right through the L and Y back line to unselfishly put Ben Felton in for Wold’s third. 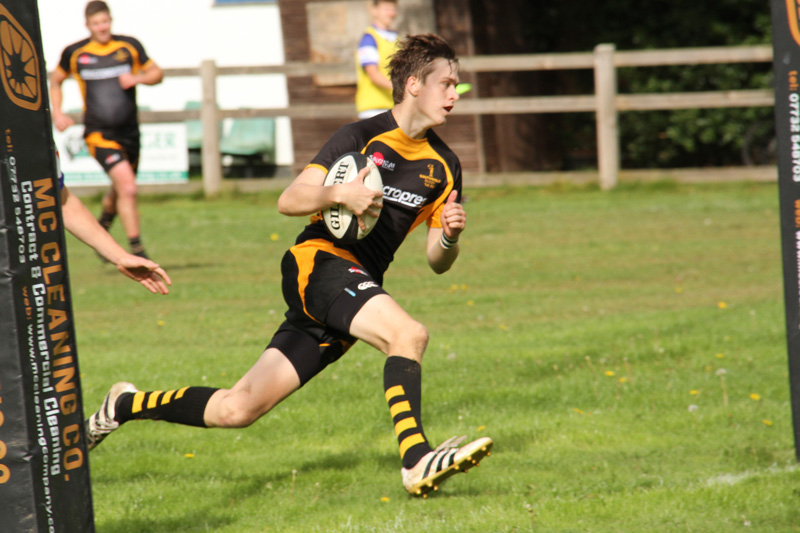 Callum Anthony who had a great game at 10 then repeated the process but raced clear to score the fourth try himself again under the posts at by half time Wold had a 28 point lead.

Adam Smith got a nasty accidental clout on his forehead about ten minutes before the break and although not seriously hurt was replaced by Des Brett at prop and the pack’s dominance simply and seamlessly continued with L and Y unable to win any ball from their own scrum as they were pushed constantly backwards.

The rain had pretty much held off to that point but a neck injury to one of the  L and Y lads lead to the calling of a precautionary ambulance and his position on the pitch resulted in the teams and spectators moving to a second pitch, all of which took time as the half stretched to nearly an hour in length.

Best wishes to the player concerned and we all hope the young lad’s injury is not serious and wish him a speedy recovery.

The second half saw the rain intensify but the score continue to mount in Wold’s favour with Cemil Duruk opening Wold’s try account with a strong run and great finish.

Wold were awarded a penalty on the half way line and quick thinking by skipper James Hall took a quick penalty, darting forward while La nd Y were stiil a little asleep and the Wold backs duly ran with him resulting with Luke Wade , on at full back in the second half putting Jacob English in under the posts duly scoring his first try for the ones on his full debut. 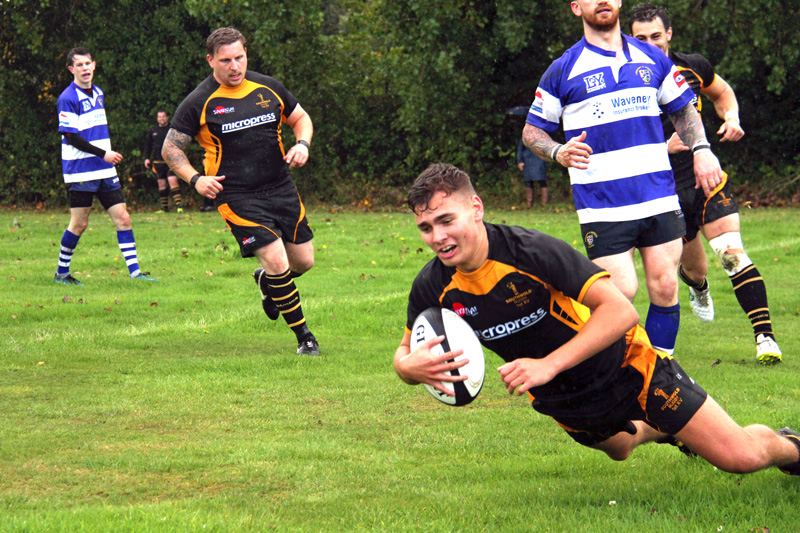 These two second half scores were among several missed chances due to the earlier mentioned handling errors as conditions worsened  but the Wold pressure was relentless and their superior fitness was very telling and as the game progressed. L and Y  conversely suffered from a series of injuries as things went from bad to worse for them, but the injuries broke up the flow of the game and there was no doubt that this restricted the Wold probable score with the constant stoppages that resulted combined with the problematic weather conditions.

Two more trys were to follow with Ritchie Thickett running in easily for his second and Dominic Hill powering over for the final try.

Only one missed conversion from the seven trys meant Wold had amassed a respectable 54 points without reply until that dubious last minute L and Y penalty kick saving them from a duck.

Phil Pymer had a great game in the back row and it was he who won the ugly face of the day competition narrowly from Adam Smith as his left eye was marginally more swollen than Adam Smith’s forehead.

A great team performance and a second bonus point win sees Wold top of the newly formed London NE3 Eastern Counties League just ahead of Thetford on points difference, both teams having a maximum ten points each from their opening two league games.

Next Saturday sees a home tie against Wymondham, the first VP Pre Match Lunch and hopefully what will be a third win on the spin for the black and golds. All aboard the Wold train!