To Keep Their Title Hopes

Thetford put the first points on the board after only a minute when Wold were penalised for holding on to the ball in the tackle, and as the kick sailed over from nearly forty metres it seemed Wold would in for a real battle to do the double over the visitors. Those early three points inspired Thetford and they dominated both territory and possession for the first twenty minutes or so,  but failed to add to their score as Wold, as they so often do, and with the wind and rain lashing in their faces, duly soaked up all the early pressure and then struck back with a vengeance for the entire remainder of the game, and Thetford were simply overwhelmed all over the pitch, albeit they fought bravely right until the end.

In the 25th minute Wold were awarded a penalty and kicked for the corner, The ball was taken well at the lineout and the pack drove over the line for Zak loader to open the scoring with a great forwards try wide on the left, which made the conversion against the wind pretty impossible. Five minutes later as Wold now began to dominate there was a carbon copy when Wold again were awarded a penalty almost on the same spot and following the resulting lineout in the corner , Wold again gathered the ball and drove at the line this time Zak loader breaking through the defensive line and running round to score to the left of the Thetford posts. This time the conversion was good and the score moved on to  12-3 in Wold’s favour. 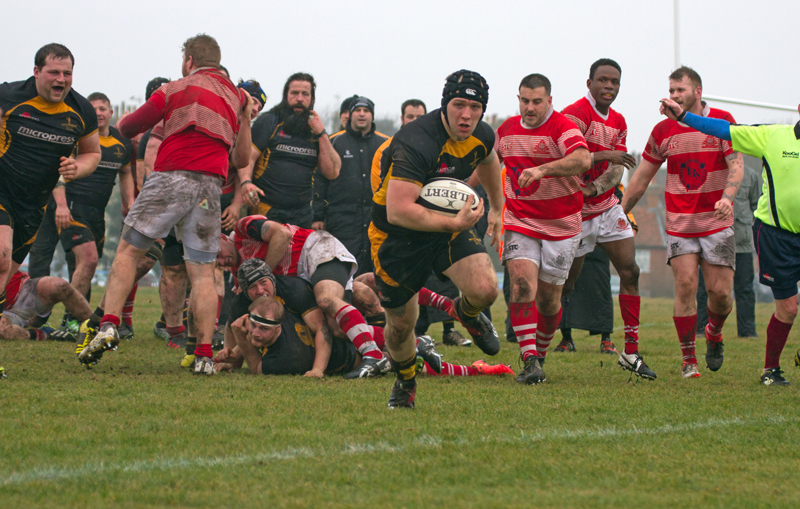 It was now clear the game was becoming a little one sided and the next Wold try came when Josh Wallis finished a flowing series of Wold drives and passes when he crashed over under the posts. There was a doubt as to whether the high conversion went the right or wrong side of the upright but the referee decided against both touch judges that it had gone outside and the score at halftime  therefore moved to only 17-3 to the home side.

If the result of this game remained in doubt at the end of the first half, there was no doubt by six minutes in to the second half, by which time Wold had scored two more tries, the first, and bonus point try, coming straight from the kick off when skipper James Hall eventually collected the ball nearly on the halfway line and simply raced away to score in the left corner. Again the conversion was narrowly missed from wide but soon Wold were scoring again when Dom Hill broke away and fed Jobe Brooks to score on the right of the posts and this time the conversion was good. With the score now 29 – 3 Wold were pretty much assured the win and the  five points as the Thetford lads battled on but simply could find no way through, barely getting in to the Wold half.

Two tries then followed from Jonathan Utting, who had a great game at full back. The first came when he backed up winger James Barton’s break and the second when he backed up Jacob English’s great break on the opposite wing. Two great tries, both converted,  from the young Wold backs, who were now dominating their Thetford opposite numbers, and who’s frustration began to show in some unnecessary stupidity leading to an eventual warning from the referee. 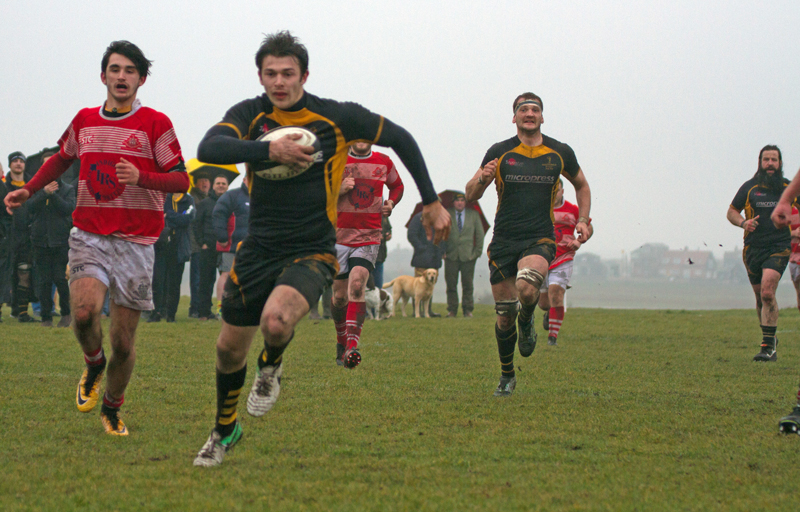 It was now 43 – 3 to Wold with about fifteen minutes to go , but that was not the end of the Wold scoring as ten minutes from time James Barton, who was back to his best, sprinted through the Thetford defence to score under the posts and Wold had another seven points.

The score of 50 – 3 remained until the final whistle which was gratefully received by the players, the referee and crowd alike as the rain , wind and cold temperatures took their toll.

A good all round Wold performance who kept pace with Stowmarket at the top of the league, following Stow’s commanding bonus point win at Newmarket. It means the league title is still totally in the balance, not forgetting Ely in third spot who also came out on top against West Norfolk and are very much in the hunt, and they travel to Stowmarket next Saturday, for what should be a real battle.  Wold travel to West Norfolk the same day. 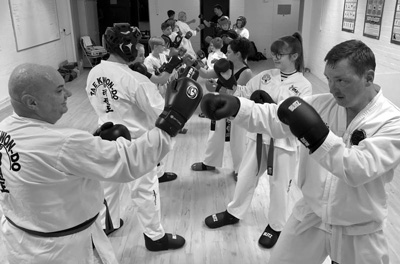