A major new exhibition of photographs by Justin Partyka, which explore an agrarian way of life in Norfolk, Suffolk and Cambridgeshire, opens at the Sainsbury Centre for Visual Arts, University of East Anglia (UEA), Norwich, on Tuesday 29 September 2009 and runs until Sunday 13 December 2009.

Images of Norfolk feature prominently and include sugar beet farming near Knapton, carrot and Brussels sprout harvesting in the Fens, drilling wheat for thatching near Bungay, rabbit catching, turkey plucking and landscapes of family farms.

“Justin Partyka’s photographs portray a way of rural life that is largely forgotten or unknown. As works of art these images move beyond the documentary to reveal his personal response to the landscape, people and places he has encountered”
– Sarah Bartholomew, Curator, Sainsbury Centre.

Norfolk-born Justin Partyka began photographing in rural East Anglia in 2001. His project has taken him across the Norfolk, Suffolk and Cambridgeshire where he has discovered a largely forgotten rural world. 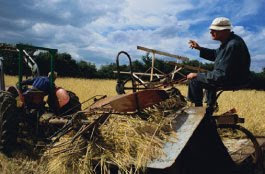 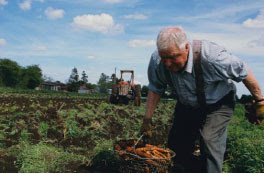 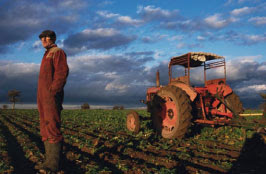 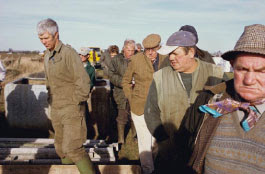 “My work tells the story of what I see as the last of East Anglia’s agrarian community. It is a place where traditional methods and knowledge are still very much depended upon, and the identity of the people is intimately shaped by the rural landscape upon which they live and work. Stoical small-time farmers, reed cutters and rabbit catchers: these are the East Anglians – the forgotten people of the flatlands who continue to work the land simply because the need to is in their blood”
– Justin Partyka.

The East Anglians comprises 58 colour photographs. They feature people working on the land and harvesting crops such as sugar-beet and potatoes using traditional methods, farmhouses and farms where time appears to have stood still, and skilled rural workers such as reed cutters and rabbit catchers. Other images such as those of abandoned farms, farms sales and deteriorating machinery together tell the global story of rural decline. 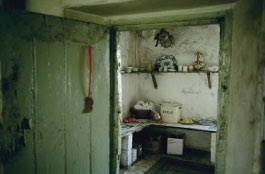 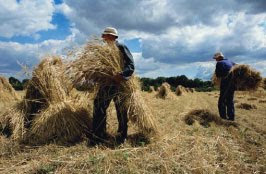 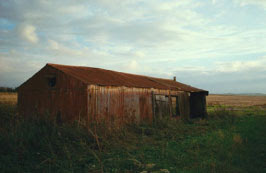 “It is under the melancholy monochrome light of a still winter’s day that the agrarian landscape of East Anglia best reveals it timelessness. This is when I prefer to walk the small fields of the farms: crunching across an unploughed stubble, or sidestepping my way through a crop of leeks or Brussels sprouts. As if I was entering a secret door, I push myself backwards through the boundary hedgerow of ash, willow, and hawthorn. Emerging out on the other side, I might find myself standing on the remains of an old drove that at one time accessed an isolated farmstead now long since vanished. In the distance, wind breaks of poplar and oak stand like skeletal ghosts—their silhouettes serving as reminders of the past men and women who once laboured these soils”
– Justin Partyka.

Subversive Spaces: Surrealism and Contemporary Art, runs concurrently with The East Anglians. This fascinating exhibition looks at the impact of one of the most influential art movements of the twentieth century. Work by contemporary artists including Lucy Gunning and George Shaw will be on display alongside work by artists such as Salvador Dali and René Magritte. Subversives Spaces has been curated by the AHRC Research Centre for the Studies of Surrealism and its Legacies, and developed by The Whitworth Art Gallery at The University of Manchester. Click here for more information. 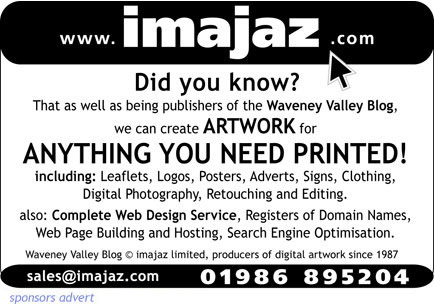