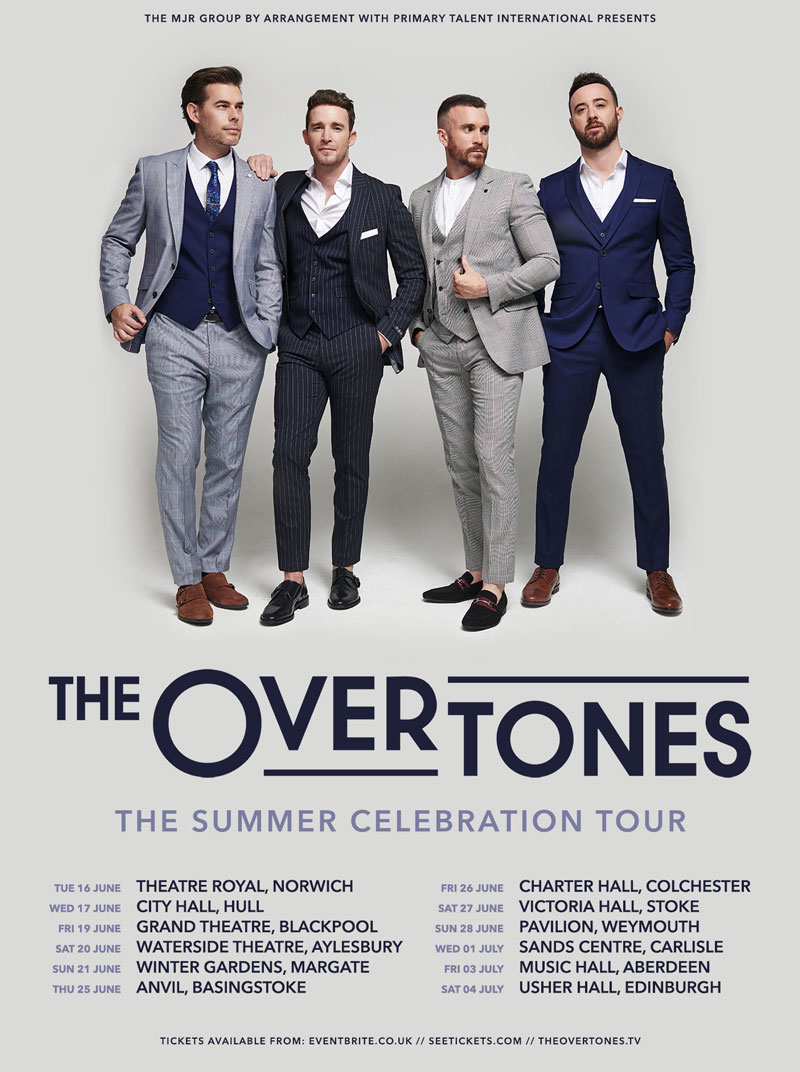 Tickets go on general sale – Friday 13th December at 10.00am from https://nvite.com/community/theovertones

With 5 top 10 albums and 10 sold out UK Tours, The Overtones will embark on their 11th UK Tour taking place next Summer.

For the last decade, The Overtones have been a household name after appearing on dozens of television shows across the UK and Europe including Dancing On Ice, BBC Breakfast and This Morning to name just a few.

After headlining at world renowned venues like The London Palladium and the Royal Albert Hall.  The Overtones have built a name for themselves as one of the UK’s most prolific live acts.  From performing at the Queen’s

Diamond Jubilee at Buckingham Palace to singing at the Brandenburg Gate in Berlin in front of one million people.  The Overtones have entertained at some of the biggest events on the planet.

In 2019, the group welcomed new member, Jay James who rose to prominence working with the likes of John Legend and as a finalist on The X Factor.  The announcement heralds the start of an exciting new era for The Overtones.

The Overtones member Mike Crawshaw says, “We love performing classic songs and favourites from our albums, there will be plenty of surprises on tour next Summer”, says Mike Crawshaw.

“Over the last 11 years we’ve learnt a thing or two about throwing a party!  People come to our shows to let their hair down, get their spirits up and dance their hearts out. We want everyone to leave an

Overtones concert with a huge smile on their face and a spring in their step.  Next year will be our best tour yet!”

With their innate charm and adherence to vintage-modernist style, and a devotion to the timeless appeal of male vocal harmonies, The Overtones are a bridge between pre-rock’n’roll classicism and lively 21st Century entertainment.

They’ve sold over a million albums, made countless TV appearances and filled venues to capacity on tour after tour, all the while building a relationship with their fans that has real depth and devotion.

2018 saw the group release their sixth album ‘The Overtones’. 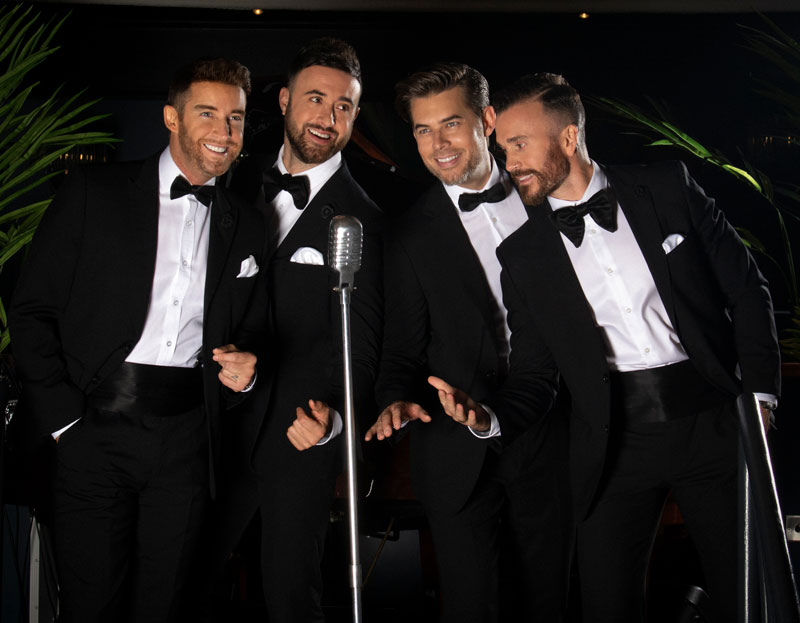 Tickets on general sale from Friday 13th December and are available from
https://nvite.com/community/theovertones 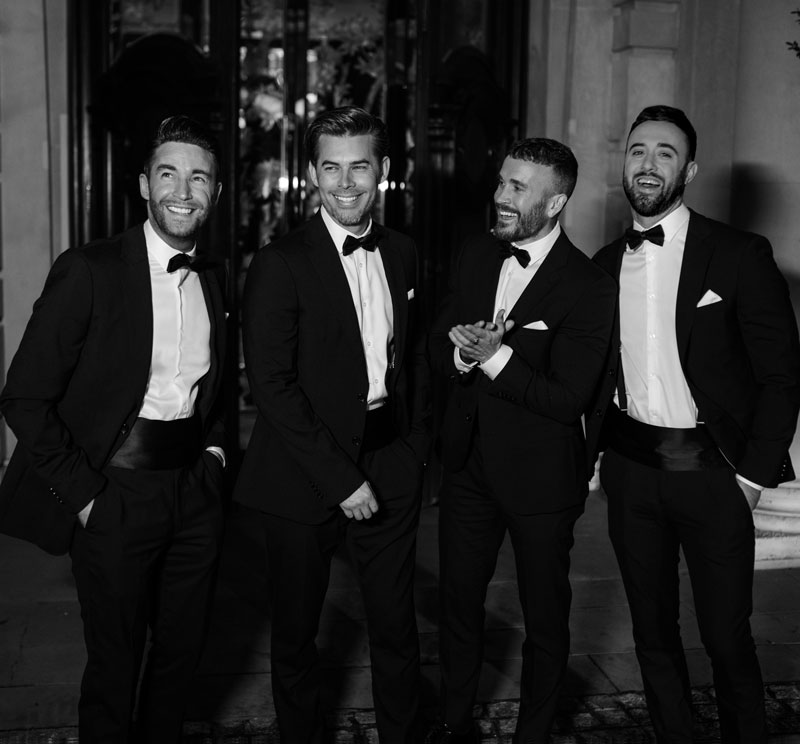 For further information on THE OVERTONES, check out the following website / social media links: