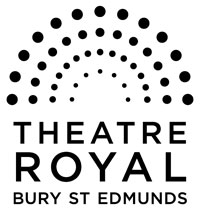 Please see below a brief digest of upcoming events in October.

Among these are Miriam Margolyes new one-woman show Dickins’ Women (featured recently on the Graham Norton show); Edinburgh Fringe sell-outs Piff the Magic Dragon, and Alvin Sputnik: Deep Sea Explorer; music from the UK’s no1 Roxy Music tribute band Roxy Magic; and a half-term treat from the People’s Theatre company and their new production of There Was An Old Lady Who Swallowed A Fly.

devised and written by Miriam Margolyes and Sonia Fraser

As part of this year’s celebrations for the bi-centenary of Charles Dickens, audiences have the unique opportunity to witness the extraordinary passion and talent of Miriam Margolyes (credits include Harry Potter and Blackadder) as she portrays over 23 of Dickens’ best-loved characters in a stunning demonstration of versatility and acting performance.

Piff the Magic Dragon embarks on his first major UK tour accompanied by Mr Piffles the World’s First Million Dollar Chihuahua™. Will Piff find his princess? Will Mr Piffles defy the Cannon of Certain Death? Will you be able to say you were there if he doesn’t? Hilarious comedian/magician, fresh from appearances on ITVs Penn and Teller: Fool Us and BBC Radio 1’s Fun and Filth Cabaret. Definitely not for kids, but definitely entertaining!

The Alchemystorium Cafe dispenses coffee in a highly unusual fashion. More unusual still is the supernatural service offered as an accompaniment to your cappuccino. Using silent physical comedy, striking visuals and puppetry, Gomito present a new comic romance. Enter a curious world of absurd magic as the inhabitants of The Alchemystorium get their first taste of love. Suitable for non English speakers.

Queen at 25, political phoenix and famously unmarried, she was the most educated woman of her age – but who was the woman beneath the crown?

Using only Elizabeth’s words, solo performer Rebecca Vaughan explores the queen’s struggle to reconcile the desires of womanhood with the duties of sovereignty.

History is laced with tales of how men prey on women and how women employ intellect and wit to counter unwelcome and presumptuous advances. These two short plays, from the pens of two very accomplished authors of the period, illustrate how two different eras deal with the eternal problem. In passing, Fielding takes every opportunity to castigate the hypocrisy of the Catholic church whilst Planché has great fun at the expense of the 19th century reality of arranged marriages.

A witty and exciting interpretation of Rossini’s jolly classic based on the Cinderella story. Artistic Director Rosie Johnston, (The Magic Flute, The Marriage of Figaro, Eugene Onegin, Così fan Tutte and Dido and Aeneas) and Peter Cowdrey, composer, conductor, ornithologist, pianist and Suffolk Opera’s musical director since 2008, work together to produce a magical evening of glorious song, fun and romance brought to you by the Suffolk Opera chorus and some of the region’s finest solo operatic talent.

VARIETY AT THE ROYAL

A unique comedy spectacular for all ages!

A cabaret show like no other, packed with live music, top turns, circus stunts and riotous routines. This unique theatrical experience is full of heart stopping stunts and classic comedy.

A Hazelwood fundraising event in aid of the Theatre Royal.

adapted and directed by Paul Hodson

From the first moment through the turnstiles at Highbury, Nick Hornby was hooked…

This hugely successful play, adapted from the best selling book, digs deep into the mind of an obsessed football fan.

Hornby’s story of his Arsenal fixation is also a tale of family, football, class, identity and joy. Harking back to the days when football was the people’s game rather than the plaything of corporate sponsors and

Direct from sell out seasons in New York, Sydney, and Auckland.

Seas have risen, billions have died. Alvin Sputnik is our only hope.

He must venture to the bottom of the ocean to find his wife’s lost soul and save humanity.

The Adventures of Alvin Sputnik is a tiny tale set in the deepest dark blue sea, of a solitary explorer with a heart as big as a whale.

All the hits are flawlessly performed in this authentic tribute show. They create, entirely live, material that spans four decades; from futurist/nostalgic art rock, through classic standards to sophisticated adult oriented rock. Their aim is to give the audience a fabulously entertaining evening.

Everyone will remember Tommy Steele in this story of a drapery store clerk who inherits a fortune and then loses it. Will Arthur Kipps remain faithful to his sweetheart Ann, who holds the other half of the sixpence they bisected to signify their undying love, or will his head be turned by the socialite Helen Walsingham?

The terrific musical score includes If the Rain’s got to Fall, She’s Too Far Above Me and the show stopper Flash, Bang, Wallop. And this new version has nine extra songs!

THERE WAS AN OLD LADYWHO SWALLOWED A FLY

And now you can too as they bring one of the world’s best loved nursery rhymes to life for the very first time.

Presented by the team behind How The Koala Learnt To Hug, this magical new show has been written especially for parents to enjoy with their children, so come and relive the delights of this most charming of tales with a feast of first class games, colourful animal characters and heart warming family fun.

‘Halloa! Below there!’ From looking down the line, he turned himself about again, and, raising his eyes, saw my figure high above him…

Join us this Halloween for a spine tingling reading of Charles Dickens’ ghostly short story. Along with spooky special effects, this chilling re telling will have you on the edge of your seats.

Book now as capacity is limited.

These early gardens offer opportunities to get out into the countryside, enjoy woodland walks, and a time to appreciate narcissus and all the other spring flowers, as well as that essential cup of tea and piece of cake.Find out more here: icenipost.com/spring-into-a-garden-open-for-the-national-garden-scheme/#gardens #opengardens #NGS #norfolk #walks #gaytonhall ... See MoreSee Less
View on Facebook
· Share
Share on Facebook Share on Twitter Share on Linked In Share by Email
View Comments

ASD Consultants and Engineering offer services for a diverse range of clients from individual householders to large corporations, from their base in Halesworth, Suffolk.

Here at ASD we pride ourselves on being able to offer a friendly and personal service whilst maintaining the highest levels of technical expertise. All parts of the ASD group are free to act individually but our close partnering arrangement allows us to offer the efficiencies of an integrated service where required. ... See MoreSee Less

An apprenticeship is a great way to kick-start your career in local government.

Ellana joined East Suffolk Council as an apprentice in 2021 and is now working as an Assistant Design and Content Officer in our busy Communications Team.“I have grown so much throughout my apprenticeship, and it has allowed me to gain skills and confidence that I simply didn't have before I started. “As I have been able to learn from my team at East Suffolk Council and my training provider I am now equipped with a wide range of skills and experience that will help me progress in my career. “I am very fortune to have secured a permanent position with my team and I am excited to continue on my journey that started with an apprenticeship.”Find out more about apprenticeships at www.apprenticeships.gov.uk/apprentices/becoming-apprentice #NAW2023 ... See MoreSee Less
View on Facebook
· Share
Share on Facebook Share on Twitter Share on Linked In Share by Email
View Comments