Then and Now – Autonomous Councils!

Some Cities and large Towns like Norwich and Ipswich have announced they are now making an effort to break away from County Council control and become autonomous. In days gone by, even small Towns who were governed by Urban District Councils worked very well this way. People are now asking if it would be to their advantage.

Before the last Great War, Town Councils like Bungay were totally responsible for the welfare of their inhabitants. Gas was produced from their own Gas Works. The flame shooting from the chimney was a familiar sight, especially after dark when it was visible from any part of the Town.

Streetlights were lit at dusk and extinguished in the morning by the Gas-lighter who was easily recognised by the long pole he carried on his shoulder. 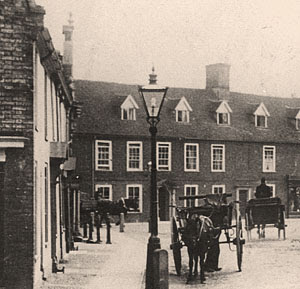 Piped water pumped from the Common was starting to replace well pumps that were the only source of water for many families. This now allowed householders to have water closets and a tap over a shallow sink in the scullery.

Even so all through the 1930’s the Council still had to provide a ‘Night Cart’. So called because it was used to remove the contents of privies by night. This distasteful task was usually carried out by the same men who, emptied the dustbins throughout the day. 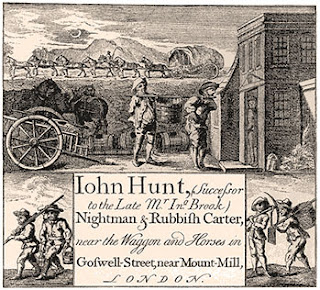 Dustbins were mostly galvanised iron and very heavy, especially when full of ashes and all the other rubbish householders had to dispose of. Those who worked at night received a free packet of ten Woodbines.

There were many tasks for Councils of that day. For example: The pipe laying meant digging the roads up. This was all manual work done with picks and shovels. Fortunately, if a job came up suddenly there were always men available from the Dole queue. 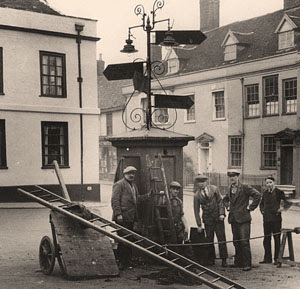 This is where they got the labour when faced with tasks like organising the plough and clearing the pavements after a heavy fall of snow. Road sweepers didn’t have to clear up the kind of litter found in our streets today. There were cigarette ends and packets, fish and chip papers and the odd sweet wrapper but their main job was cleaning up after the horses, who were still the major means of transport.

Small Towns had their own Police Stations and cells with a Sergeant in charge. This was backed up with the Courthouse and local Magistrate’s who might sit as often as once a week. Most crimes were petty and committed by persons well known to the police. When everyone knew everyone else there were not many ways for a stranger to get out of a Town without being seen. 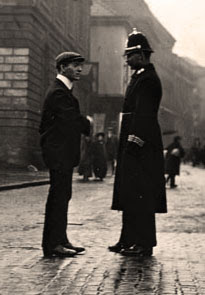 As well as the task of keeping the Town running and prosperous the Council had to consider the people’s welfare. Families were often large and very poor. Wages for those who had a job were low and were barely enough to live on. Those who found themselves unemployed could sign on the Dole and if they had enough stamps on their card they would receive a pittance. There were no Social Services to subsidise them.

For a small Town Council, or a large one for that matter, to have the licence to make and implement major decisions affecting the residents sounds very attractive. In days gone by it worked very well but things have moved on and are very different now.

People of the past found their work and pleasure within the confines of their Town and rarely had reason to go out of it. Today, many are satisfied to reside in an area but choose to look further a field for everything other than day-to-day necessities.

Local Social gatherings, which used to have almost 100% backing, are now having to compete with major National events. In theory autonomy for Councils would solve many problems and answer lots of questions: But would it in practice?