Then and Now – Eating Out?

It has been reported that there’s a big drop in the number of people eating out. One hundred million fewer meals were eaten in hotels, restaurants and public houses last year. Even fish and chip shops, takeaways and burger bars were down by 6.6%. This is not brought about by a change in lifestyle, it’s the result of the rises in mortgages, power bills and other increases.

Did You Know?
Not many people used to go out for a meal in the evening. If they did it would be before or after they attended a show or some form of entertainment. No one spent an evening just having a meal unless they were staying in a hotel and there was little else to do.

More people were likely to eat out lunchtime on special occasions especially when they were out for the day. Perhaps on a shopping expedition they would take time out in a restaurant to have a roast lunch followed by a choice of dessert. Fruit pies and various puddings with custard were always popular. Each table was covered with a gleaming white linen cloth with place settings precisely positioned.

Waitresses dressed in black wearing a white starched frilly apron with a small headband to match would greet the customers and take their order. This kind of treatment was not available to most ordinary folk. Their experience of eating out was more likely to be a fish and chip lunch when they took their family to the seaside for the day. That was often eaten out of the newspaper it was wrapped in but it was still luxury to them. 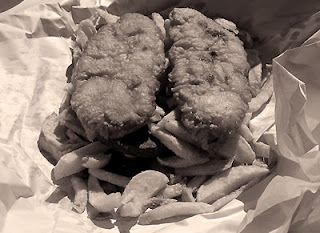 There were lots of cafes around where workmen could get a dinner. Here they paid for their meal when they ordered it at the counter and often all had to sit together at long wooden tables. The food was reasonably priced and usually consisted of a large nourishing dumpling or pie with lots of vegetables and a sweet to follow. Tea Rooms were a feature in every Town and very popular with certain ladies who met to enjoy their afternoon tea and pastries. 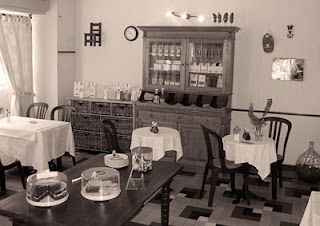 So why did the whole population take to going out for an evening meal? In the 1950’s the nearest we got was fish and chips after we had been to the cinema. Soon after, the rapid expansion of television confined most families to their homes in the evenings. This popularised the Takeaways which expanded rapidly.

People were getting more affluent now and many bought their first car. At the same time the novelty of television began to wear off and the public became more selective about what they watched. During these years more and more workers were put on shifts and flexitime. 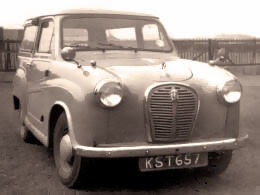 There was then a big increase in part time workers which, in many cases, made it necessary for both members of the family to work to make ends meet. However, it gave them the opportunity to get to know more people and consequently have a wider circle of friends. This resulted in there being more occasions to celebrate. All kinds of restaurants with varied cuisines sprung up everywhere to accommodate these parties and eating out soon became the ‘in’ thing to do.

The present increases are unlikely to disappear very quickly! With today’s pressures it is essential that we all find ways of relaxing. Eating out has become a very popular way of doing this and is responsible for the growth of a very big business.

We are all only too aware of the price rises they reported but what they failed to mention was how expensive it has become to eat in almost all large and small outlets. If this latest report gives them concern about their future perhaps all of them from the hotels down to the burger stalls should review their prices.

In the meantime should we look for an alternative and move on again? We have been through the epoch of Afternoon Tea, Mid-day Lunch and Evening Meals. So what’s left? Most of the residents staying in hotels don’t hesitate to indulge in a full English Breakfast. 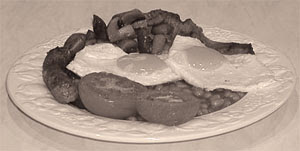 In years gone by no one with a regular job had the opportunity to go out to breakfast but now, with variable working hours, there are probably as many people at home in the mornings as there are in the evenings.

So why not meet up with friends for breakfast? It is already happening in some places! It has advantages over eating in the evening:

Firstly, it is better for you to have a meal at that time.
The children are at school.
You’re not tired after a days work and there is plenty of time to do the chores later.
You don’t have to dress up as you do to go out in the evening.
There’s no cooking or washing up.
You just place your order and your food is brought to you.

Above all, the price compared to an evening meal is ridiculous! Especially at places like Bungay Rainbow where their Breakfast, consisting of sausage, bacon, egg, beans, hash brown and slice of toast, is on special offer at £1.99 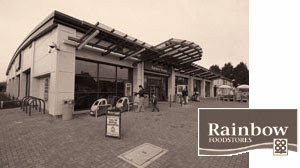 Forget all about ‘Candle-Light Dinners’ and go for a ‘Rainbow Breakfast!’ – I’ll see you there in the morning!!?