Then and Now – Sunday Rest?

Sunday has always been known as a day of rest. How many of us can find time to relax for longer than we do at any other time?

It was not so long ago when shops and stores were not allowed to sell anything other than sweets, ice cream or newspapers on Sunday. Nobody worked on that day unless they were doing an essential job – Like those involved with animals or manning the Railways, Buses and other Essential Services. All Cinemas and Theatres were closed and no competitive sport was played. Dances and social events held on Saturday night had to end before midnight.

Women still had the dinner to cook and children to see to, but household chores were kept to a minimum. Knitting was acceptable but not sewing or darning. Men sometimes attended to their allotments but they would finish before twelve o’clock when the Pubs opened. They closed at two! 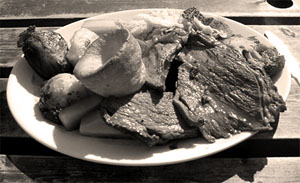 The day was reserved for the family when every household sat down together to enjoy a hot dinner. For most, if they could afford it, it would be roast beef with all the trimmings.

Afterwards, the children would be dressed in their best clothes, while the very young ones were put onto a fancy pillow in their prams and covered with a spotless blanket. Then it was mum and dad’s turn to don their Sunday best. The next two or three hours would be spent walking, relaxing by the river or visiting friends and relations. 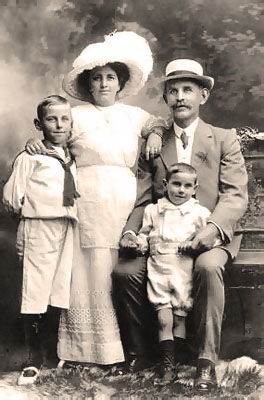 Many of the older children went to Sunday school. There was usually an increase in the numbers attending in the late springtime when the annual outing to the seaside was being planned. In those days more people went to church, and in the morning and evening the bells could be heard chiming loudly across the whole Town to remind everyone of the time. Generally, congregations were much larger for Evensong than they were for Matins.

The service finished about seven o’clock leaving plenty of time for a nice long walk. There were many favourite routes to choose from, and deciding which to take usually depended on the time of year and the weather. No matter which one you took, there were always people walking in front and behind you, as well as some who preferred to sit wherever they could by the roadside and greet everyone that passed. Of course there were several popular shorter walks for the young couples who wanted to be on their own.

So what do we do on Sundays now?

When we can, many of us take advantage of an extra hour or two in bed. Then for mother it’s back to the washing, ironing, household chores and all those jobs she hasn’t had time to do in the week. Father has the car to clean and garden to tidy. At least fewer of us have to cook lunch every week. There’s an unlimited number of establishments plying for our custom with special offers. However, this is rarely, if ever, an alternative for some families. Sunday is also the day the children invariably have somewhere they have to go or something they must go and see. Then of course for some the weekly shopping has to be done while there are two of you to carry it!

It seems progress doesn’t always improve things for everyone!