The Thetford Players need MEN of all ages! No experience is necessary, but if you fancy becoming involved on stage with the group then please email [email protected] for further details. Membership is currently just £5 per year.

Following on from the success of last year’s Thetford Historical Character Walk by members of the Thetford Players, the Historical Walk will return throughout the summer of 2013, promising to be even better than last year!

The Walk will once again include Thomas Paine – English-American political activist, author, political theorist, revolutionary and one of the Founding Fathers of the United States. Paine will be joined by many other characters, including Elizabeth ‘Betty’ Radcliffe (former owner of the Bell Inn), Father John Brame of St. Mary’s Priory, and perhaps the most famous of all – Boudica, leader of the British Iceni tribe.

The script, written by Stuart Wright, member of the Thetford Players and Mayor of Thetford, has been rewritten for 2013 and features additional characters to those featured last year, who played a part in the town’s remarkable history, such as Charles Burrell and Henry Cabell (one of the founding families of Australia). The wheelchair-friendly circular walk, suitable for all ages, lasts just under 90 minutes and takes in the most historic parts of Thetford, starting in what is now known as Whitehart Street (formerly Bridgegate Street) where Paine was born in 1737, ending at King’s House in King Street, fittingly by the golden statue of Paine 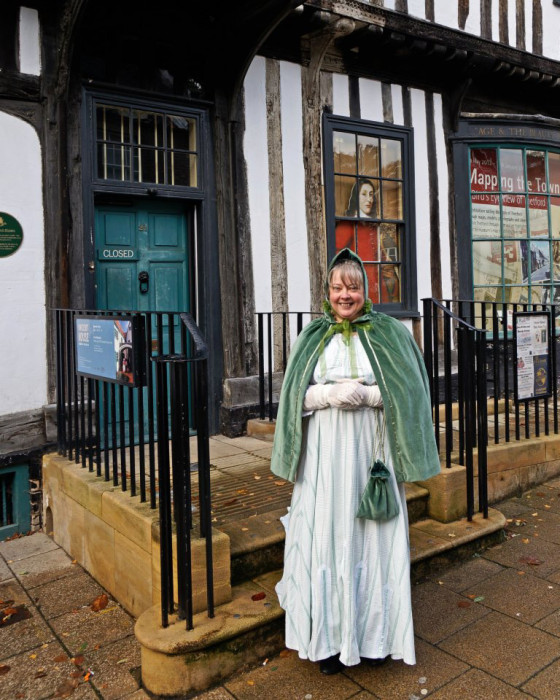 Thanks to a recent grant awarded by Moving Thetford Forward, the Thetford Players have been able to purchase additional authentic costumes overseen by Wardrobe Mistress, June Lewis, who will also be able to purchase material to make other costumes.

Time:
2pm, assemble at the Thomas Paine Hotel
(*10.30am additional walk on this date)

“Midsummer Madness” … an afternoon of comedy!

The Thetford Players are proud to announce details of its “Midsummer Madness” production. This will be an afternoon of two one-act comedies with strawberries and cream and non-alcoholic ‘bubbly’ served during the interval to the sound of live music performed by “The Klicks”; a group recently formed by three members of the Thetford Players who sing popular songs from the 1930s to the present day.

The two comedies to be performed are “Just the Two of Us” by Ros Moruzzi and “Easy Stages” by Nick Warburton. Both are set in the modern day and promise to be very entertaining. “Easy Stages” sees the stage crew of an amateur dramatic society struggling to play their part in the group’s production of Hamlet, whilst “Just the Two of Us” explores the impact and repercussions of modern science in an explosive and hilarious way. The audience is encouraged to bring along picnics, chairs and blankets to either venue. The ticket price includes the interval refreshments and entertainment.

Can we DRAW you in?