The Changing Shape of Waveney and Blyth landscape

The Changing Shape of Waveney and Blyth landscape 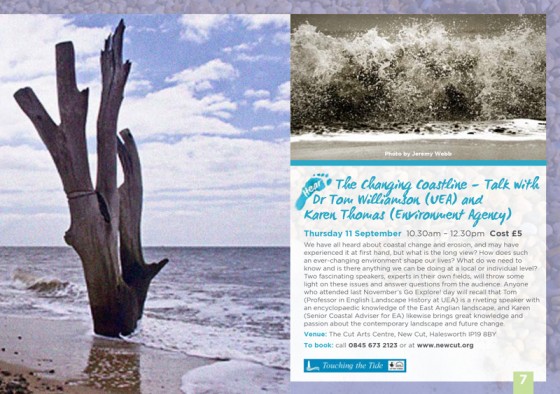 Anyone who is interested in why the landscape of south Norfolk and north Suffolk looks as it does will be intrigued by a morning of talks about the way past, present, and future climate change has shaped, is shaping, and may shape the Waveney and Blyth valleys landscape, rivers and coastline.

BBC Radio 3 serialised Richard Mabey’s “Turned Out Nice Again”, about our “outrageous, beautiful, violent, glorious, mysterious and simply down-home-ordinary weather” and broadcast it as a series about our “Changing Climates” in 2013.In “Turned Out Nice Again” Richard Mabey writes “…hanging over all of us now is that more sinister, unpredictable, climate change. It’s already happening, and there are few encouraging signs that we’re willing, or able, to do anything about it…But if we are bequeathed a new climate of whatever sort its bouts of maverick weather won’t necessarily be unfamiliar” because “ every extreme and nuance of weather has been experienced in Britain before, at least for a spell”: something our landscape history shows only too well. 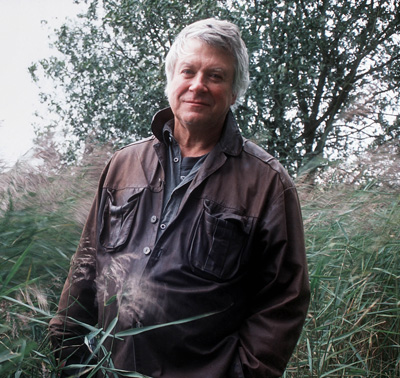 Millennia ago Britain was not an island.The North Sea did not exist and Britain was just another part of Europe.You could walk across continuous dry land archeologists named Doggerland between what is now England and what is now Denmark, Germany, Holland, Belgium, and France.But climate change caused ice caps to melt and sea levels to rise and more and more land became submerged.Finally, a landslide caused a tsunami that created the North Sea and made Britain an island.

Just a thousand years ago, in Roman times, Great Yarmouth was only a sandspit at the neck of a vast river estuary that stretched from Gorleston in the south to Caister on sea in the north. Then sea levels dropped, the river silted up and what was river became terra more or less firma.

Professor Tom Williamson will explain how the Waveney and Blyth valleys’ land, river and seascapes have changed as a result of historic climate changes.Tom Williamson is an expert on all things East Anglian and has numerous published books and articles to his name, demonstrating the depth and breadth of the knowledge that informs his always engaging and popular talks.

Karen Thomas is an Environment Agency expert on coastal erosion and she will talk about our changing coastline.If, as the Daily Mail maintains, “the Agency wants to stop maintaining flood defences around the Blyth Estuary near Southwold, putting 170 homes and major roads at risk” a move that “will lead to regular flooding of the A12, damage archaeological sites and risk contamination of the water supply……” Karen Thomas’ talk may well prove controversial!

The talks are financially supported by the Heritage Lottery funded Touching the Tide project and are just one of the twenty two events and activities that are part of Waveney & Blyth Arts annual environmental arts festival, “Celebrate the Waveney & Blyth”

The three speakers are likely to provoke an interesting debate. To join the audience tickets are available for £5 from www.newcut.org or ring 0845 673 2123.

You can find information about all the events and activities by picking up a free Celebrate the Waveney & Blyth booklet, looking on www.waveneyandblytharts.com, following Waveney & Blyth Arts Community on Facebook, or emailing [email protected]

Waveney & Blyth Arts is entirely volunteer run. It was formed in November 2010 to connect creative individuals and organisations in the communities in the Waveney and Blyth valleys and use the arts to celebrate the special character of the Waveney and Blyth. It has over 100 individual and organisational members and membership is open to all. It is run by a volunteer management committee made up of a Chair, Treasurer, Secretary, Membership Secretary and volunteer Local Co-ordinators for the areas in and around Diss, Harleston, Bungay, Beccles, Lowestoft, Great Yarmouth, Halesworth and Southwold.