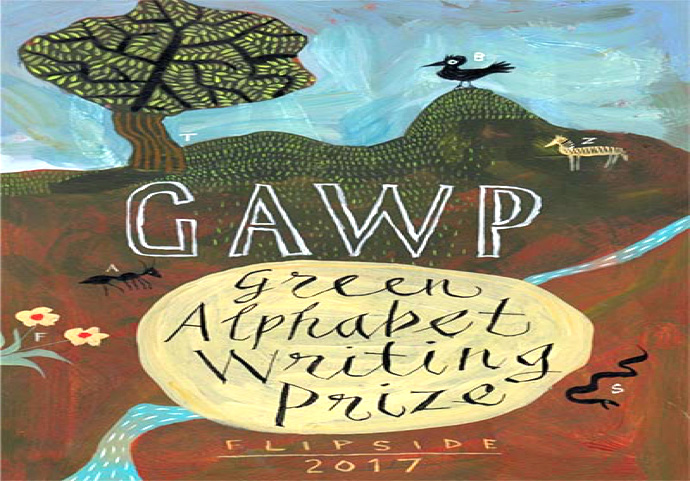 In its debut year, FlipSide’s environmentally-themed writing competition, the Green Alphabet Writing Prize (GAWP), drew a large number of entries from locations as far as Europe, the US and Australia.

At an event at the FlipSide Festival at Snape Maltings on Saturday October 7th, Jackie Kay announced the winners and presented the winners with their cash prizes: £500 for the adult winner and £250 for the Under 16 winner.

The adult category was won by Grace Blackwood with ‘S  for Survival’, a post-apocalyptic instruction manual for regenerating the world’s flora. Second prize was awarded to T.J. Marshall-Nichols for ‘Queuing at Yoshinogawa’ and third prize to Diane Jackman for ‘The Naming of Flowers’.

Grace Blackwood writes short stories in between working for a children’s literacy charity and bringing up three sons. She has had work performed at the Liar’s League and published in the London Journal of Fiction. She lives in South London but spends as much time as possible on small Scottish islands.

In the Under-16s category, the winner was  Dhylan Patel for ‘The X Animal Museum’. Second prize was awarded to ‘Ice Caps’ by Iona Mandal and third prize to ‘The Tale of the Carrot Tree’ by Amelie Meek.

Writers were asked to submit fiction, non-fiction or poetry with a green theme and to take just one letter of the alphabet as their starting point. GAWP was run in conjunction with Friends of the Earth. 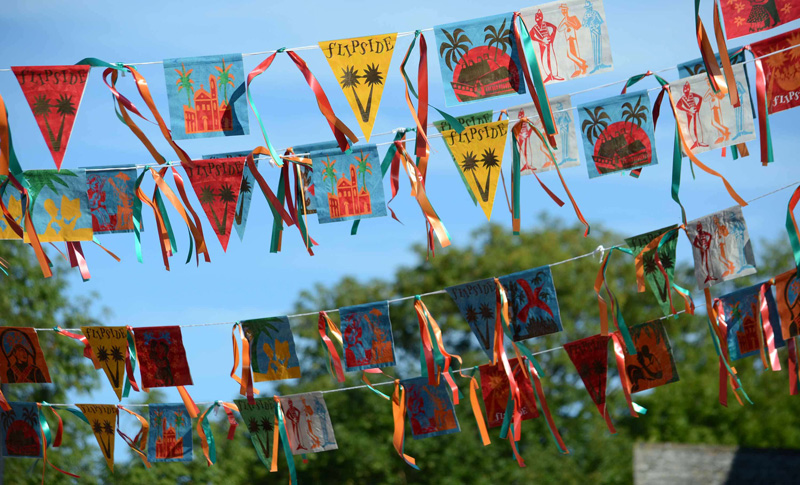 FlipSide was founded in 2013 by Liz Calder, Genevieve Christie, Louis Baum and John Christie.  In its inaugural year it welcomed writers from the UK and Brazil including Ian McEwan, Will Self, Milton Hatoum and Bernardo Carvalho.   In January 2015 FlipSide became a Registered Charity (1160164).  FlipSide is the sister festival of FLIP (Festa Literaria Internacional de Paraty), South America’s first and largest international literary festival.

The organisation’s aims are to produce the FlipSide Festival and a growing calendar of schools and community literature, music and arts events, opening a window onto a world of new cultural experiences.

Bristol Blenheim Mark IV, R3600, of No. 110 Squadron RAF, undergoes an elaborate servicing for the photographer at RAF Wattisham, Suffolk. Armourers unload 250lb GP bombs and Small Bomb Containers (SBCs) of incendiaries from a trolley, while other ground-crew refuel the aircraft and attend to the engines, the cockpit and the gun-turret, accompanied by a pet dog on the engine cowling. June 1940

No 110 Squadron's R3600 is here being armed with 250 lb HE bombs and SBCs (small bomb containers) of 416 incendiaries at Wattisham in June 1940. Apparently it is being refuelled at the same time, ground crew attention is more numerous than usual and included is a squadron pet—all of which suggests a special display for the photographer. This aircraft survived until 6 May the following year when it was shot down while attacking a convoy.

During the spring and summer of 1940 it was the Blenheims of No 2 Group which sustained the heaviest losses—nearly 6 per cent of sorties flown. Operating chiefly by day, they were used to support the withdrawal of British forces from France and then to harass ports where an invasion fleet might be assembled. In June their operations were extended to Germany with the intention of preventing the deployment of some Luftwaffe fighter units to the Channel coast. Maximum bomb load was 1,000 lb for a 600-mile radius of action. (airpages.ru)

James Paget University Hospital have asked for some items.

Crochet is accepted but only if there are no holes in the design, as holes can get babies fingers caught.

Please include a note to say you’re knitting for the Warm Baby Project!💜 ... See MoreSee Less

Timeline PhotosWe're delighted that Asda, Bury St Edmunds has chosen us to be part of their green token scheme until end of March, in support of our Brave Art programme! Why not pop into the store, take a green token at the end of your shop and choose us as your charity. Brave Art Asda ... See MoreSee Less

Timeline PhotosWe are super excited to welcome Fressingfield Scouts group to the studio in March for 🌷 Mother’s Day gift painting 🤗 If you run a social club and looking to fulfil your badges 🏅 or simply run an event - get in touch! Group discounts apply for whole studio bookings 👩‍🎨 ... See MoreSee Less