Fairhaven Woodland and Water Garden’s ancient King Oak, believed to have been a sapling at the time of the Battle of Hastings and one of the oldest trees in Norfolk, has been given a ‘trim’ to ensure it’s long-term health.

Four years ago, the King Oak’s crown was suffering from die-back and was reduced in size to help stabilise the tree. The path was also moved away from the garden’s champion tree to give it more breathing space. Visitors’ feet were compacting the roots and suffocating the tree. 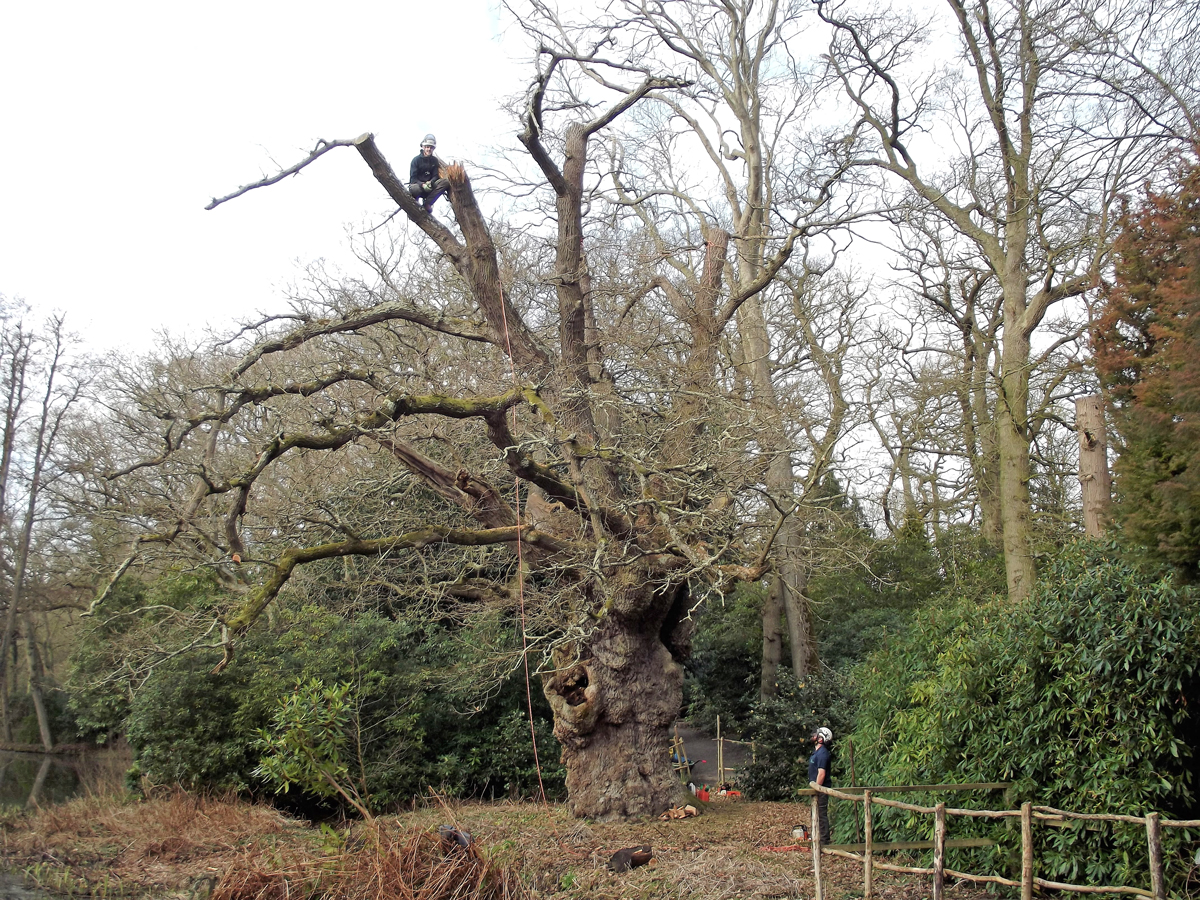 Matt Jordan, Fairhaven Garden’s Head Forester explained: “We give the King Oak an annual health-check, along with regular visual inspections, looking for broken limbs and aggressive fungi. The tree has survived so long, because it was actively pollarded for many centuries and also grew next to a good supply of water. More recently, it has also responded well to the footpath being moved away from it’s root system.”

”We had planned to do some tree surgery last autumn, but a hornet’s nest prevented the work. So it has been good to get back up the tree and carefully remove some of the reactive growth that has appeared following the reduction in the size of the crown four years ago. The tree is strong and healthy, but by thinning out the four year-old growth, it will allow more air and light into the crown and encourage new shoots and a successful growing season. We have also been thinning out branches that are rubbing against each other, so we can prevent fungal infections in the wounds.”

Visitors can still get close to the King Oak and its neighbour, another ancient pollard know as the Queen Oak, and marvel at the trees’ longevity.

Fairhaven Woodland and Water Garden is at South Walsham, signposted off A47, half way between Norwich and Great Yarmouth at B1140 junction, t. 01603 270449, www.fairhavengarden.co.uk

There is wheelchair access throughout the garden, including a Sensory Garden and boat trips (April to October, additional charge). Visitors requiring special facilities are advised to telephone in advance, mobility scooters available.