Meet and Eat Chinese with Fuchsia Dunlop at the Sainsbury Centre 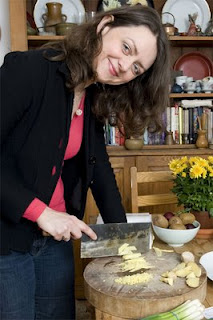 The Revolutionary Cooking event, which includes a fascinating talk by the writer and chance to enjoy a two-course dinner inspired by her recipes, will explore her passion for Chinese culture and cuisine.

The latest date for booking is 16 March

“Through her brilliant prose and clear recipes, Fuchsia is our guide to some of the most mouth-watering food and exciting cooking in the world. Her authoritative writing not only evokes her personal experiences, but her skilled translations of an often ambiguous language and her understanding of its exotic ingredients open the way to some of my favourite flavours in the whole of China”
– Ken Hom (from the foreword of Fuchsia Dunlop’s Revolutionary Chinese Cookbook, published by Ebury Press).

Fuchsia is the author of Shark’s Fin and Sichuan Pepper: A Sweet-Sour Memoir of Eating in China, an account of her adventures in exploring Chinese food culture, and two critically-acclaimed Chinese cookery books, Sichuan Cookery and the Revolutionary Chinese Cookbook (people will be able to buy signed copies at the event from the Sainsbury Centre Gallery Shop).

Her work has appeared in publications which include Gourmet, Saveur, The Financial Times and The New Yorker. She is a regular guest on radio and television, appearing on shows including Gordon Ramsay’s The F-Word and The Food Programme on BBC Radio 4. She was named Food Journalist of the Year by the British Guild of Food Writers in 2006 and has been shortlisted for three James Beard Awards in the United States of America.

Fuchsia Dunlop’s passion for Chinese culture and food began when she first visited China in 1992. She had been working in the Monitoring department at the BBC, sub-editing news reports from Asia-Pacific region. In 1995 Fuchsia was the first westerner to study at the Sichuan Institute of Higher Cuisine. Since then she has travelled all over China, studying in restaurant kitchens and researching culinary culture.

“China has one of the world’s great cuisines, and yet nothing you see in the West can prepare you for its diversity and sophistication. On my first visit to Chengdu in 1993, I was bowled over by the flavours of Sichuanese cuisine. Fifteen years later, I am still amazed. On every trip to China, I discover new ingredients, new cooking techniques, and new regional styles of cookery. And food in China is not just about eating: it’s about health and medicine, ritual and politics, business, love and hospitality. For me, it serves as a kind of gateway into Chinese culture”
– Fuchsia Dunlop.

People coming to the event will be welcomed with an arrival drink and then will have a special opportunity to enjoy a fascinating talk from Fuchsia.
“ I hope that I’ll be able to open people’s eyes to some of the splendours of Chinese food culture, by sharing with them some of my own experiences over the last fifteen years”
– Fuchsia Dunlop.

The talk will be followed by a sumptuous two-course meal inspired by Fuchsia’s knowledge of Chinese cuisine. The menu for the evening has been created by Sainsbury Centre Head Chef Gemma Claxton, in collaboration with Fuchsia (please see accompanying menu for details of the dishes and the stories behind them). 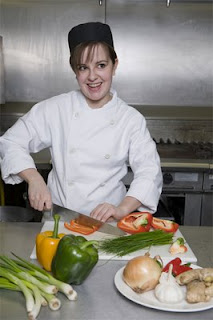 “It has been very interesting working with Fuchsia to develop an unusual and delicious menu. I am very excited about the event and I’m looking forward to cooking the dishes which will showcase the high standard of food we offer here”
– Gemma Claxton, Head Chef at the Sainsbury Centre.

Revolutionary Chinese Cooking accompanies the major new Sainsbury Centre exhibition, China China China!!!
The exhibition features 18 contemporary Chinese artists from cutting-edge independent galleries in Beijing, Shanghai and Guangzhou. The centrepiece for the show is an enormous artificial moon made from thousands of low energy light bulbs created by artist Wang Yuyang. On display visitors will also find spectacular sculpture, painting, photography, new media and film. Amongst the works in the exhibition are a dress made from human hair, a fallen angel from the recent China show at the new Saatchi gallery in London and Art Chickens which are ‘loose’ in the gallery space. The exhibition opened on Tuesday 10 February and runs until Sunday 3 May.