Norwich launches a new brand for the city – Norwich, the City of Stories 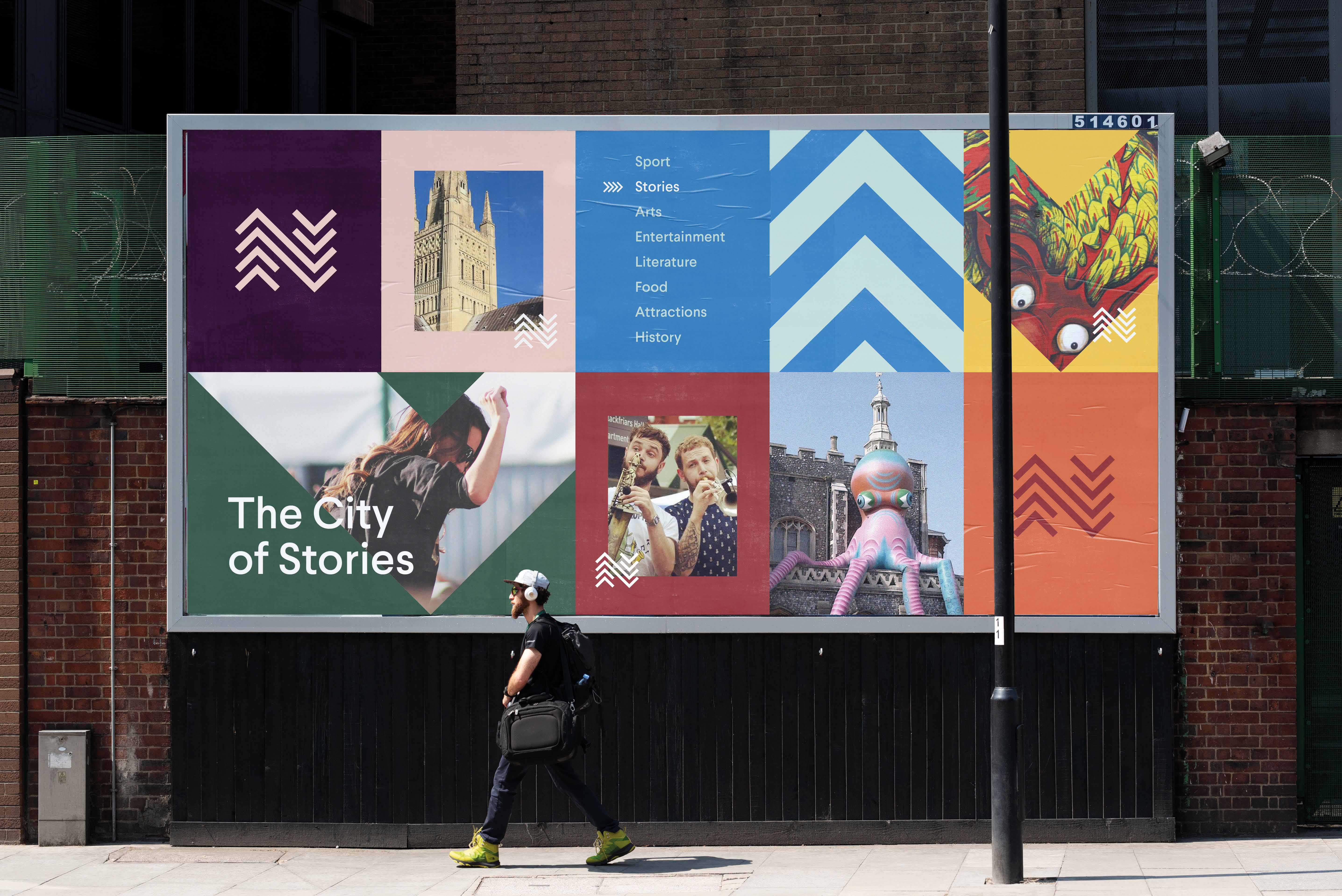 Norwich Business Improvement District (BID) and VisitNorwich are proud to announce that we are launching a new brand for Norwich. This is part of a wider initiative to put Norwich ‘on the map’ as a top UK tourist and business destination.  Following market research and aligning with Norwich City Council’s 2040 vision, now is the right time to introduce a fresh look across the city ahead of an incredible year of events taking place in 2020.

City of Stories initially launched as a VisitNorwich marketing campaign in 2014, and has since evolved into the brand positioning due to its popularity and a number of unique literary firsts: these include being awarded England’s first UNESCO City of Literature (2012), University of East Anglia (based in Norwich) pioneering the MA in Creative Writing course (1970) and the city being home to the only National Centre for Writing in the country (2018). Yet Norwich’s stories reach beyond just the literary.

From commissioning an annual brand awareness survey with Ipsos Mori of over 2000 people nationally, to in-depth qualitative research using mobile ethnography (where participants film their viewpoints using their mobile phones) we learnt that Norwich offers all the ingredients for an ideal UK short break.

Caroline Mayers, Head of Marketing at Norwich BID and VisitNorwich said the time was right to create a new chapter for destination Norwich following VisitNorwich becoming part of BID in 2017.

“We have a unique opportunity to make the most of VisitNorwich being part of Norwich BID, which is represented by over 19 organisations within the city including Norwich City Council and Norfolk County Council. Through our collective projects, we can align our messaging to drive a consistent, confident and creative narrative for the city.

Norwich, the City of Stories is born out of truth and insight. It’s an exciting positioning about celebrating where we’ve come from, what’s happening now and where we want to go in the future. We’re a city on the move and always have a story to tell.

And we want to welcome everyone to our buzzing, big-hearted city, beneath the big Norfolk skies. And we’re going to be building the brand in a way that celebrates the collective voice of the city, starting with asking residents to share what makes Norwich special to them. It’s all about shared ownership, pride, participation and authenticity.” 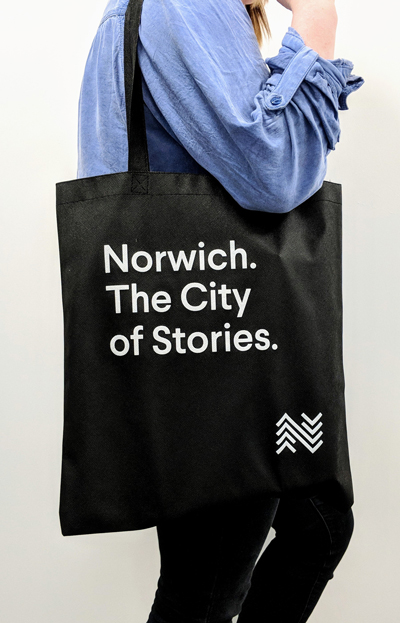 As well as VisitNorwich marketing and PR activity, Norwich, the City of Stories will be used by Norwich BID for new wayfinding totems, which are due to be unveiled across the city in summer. In addition to this, Norwich BID is launching the new-look Norwich Map in May – featuring eight new districts to clearly define unique, historic and interesting things to see and do across the city.

Stefan Gurney, Executive Director, Norwich Business Improvement District said: “We are proud and excited to launch our next chapter today. As a progressive city we have created a fresh, confident and vibrant look which will help raise awareness of Norwich as a must-visit destination.  As a city full of stories, we look forward to taking people who work and live in the city, as well as visitors, on our page-turning journey – we ask everyone to get involved”.

Today commences with a poem for Norwich – ‘What is a Norwich?’ – commissioned by VisitNorwich and written by award-winning poet Piers Harrison-Reid, an A&E nurse in Norwich. This is just the start. Our planned activity, to be rolled out throughout the year, includes new: print collateral, website (autumn), seasonal marketing campaigns, podcasts, imagery and brand film. A toolkit for local businesses will see our assets shared across the city and VisitNorwich members to further spread the word and amplify the story.

Between 11am and 3pm branded totes and enamel badges will be given out in the city centre.

10-postcard limited edition pack giveaway and competition to win one of five prizes by sharing individual stories of Norwich.

Commissioned live performance of ‘What is a Norwich?’ by Piers Harrison-Reid on BBC Radio Norfolk, 3pm and film for all to see available on Instagram.