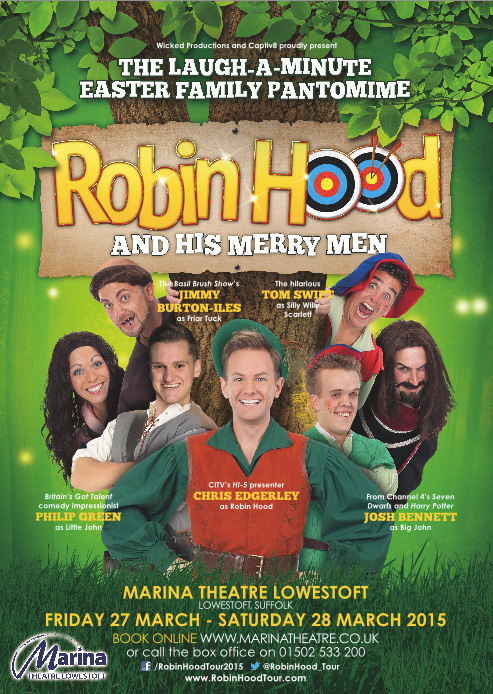 Join our hero Robin Hood, played by CITV’s Hi-5 Chris Edgerley, as he puts right the wicked Sheriff of Nottingham who rules over the good people of Sherwood, collecting taxes to pay for his own evil plans. Silly Willy Scarlet (played by the hilarious Tom Swift) is eager to help and join the Merry Men (Britain’s Got Talent comedy impressionist Philip Green as Little John, and from Harry Potter and Channel 4 Seven Dwarfs Josh Bennett as Big John). Josh will be exchanging a pick axe for green tights.

The auditions for ‘Sherwoods Got Talent’ are the perfect distraction as the Sheriff kidnaps Maid Marian – will Robin Hood and his very Merry Men be able to rescue her in time??

Join the gang and enjoy this adventurous Easter Pantomine with laugh-a-minute jokes, animated projections, spectacular effects, and a collection of toe tapping, original, sing-a-long songs designed for the whole family. Wicked Productions has joined forces with Captiv8 Productions to create this new belly-laughing comedy, it’s going to be great fun and great value. 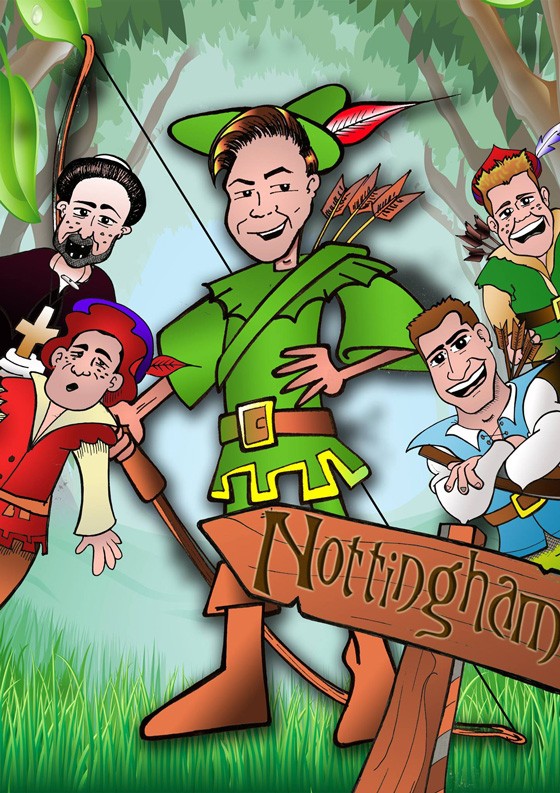 CITV’s Hi-5 presenter Chris Edgerley in the title role of Robin Hood said “I am so excited to be returning to Lowestoft, I had a great time here when I played Jack in Jack in the Beanstalk with Sue Hodge & Bobby Crush a few years back. The Marina is a brilliant venue with great staff, and the audiences in Lowestoft are always a hoot! I look forward to being back!”.

Britain’s Got Talent Philip Green who is playing Little John said “I am extremely excited to be returning to Lowestoft after a brilliant pantomime season in Snow White with Denise Nolan this Christmas. The area, theatre, and audiences are brilliant! I am very much looking forward to Robin Hood easter pantomime!”.