Then and Now – National Service and Discipline!

It has been suggested the reintroduction of National Service for all youngsters when they reach eighteen is the best way to teach them discipline. This is often debated among certain sections of the public who are of the opinion that it is the only solution to the crime and vandalism being inflicted on them by members of this age group and younger who seem to have little else to occupy their time. 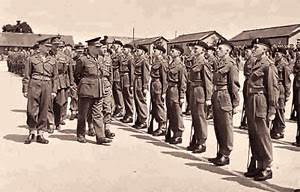 It is not as prevalent in Rural areas as it is in the Towns and Cities but it is having an effect all over the Country. Two things contribute to this situation getting out of hand. The first is our children’s early years between birth and five when they all follows the example set by their parents. Thank goodness the old ideas that they should be ‘seen and not heard!’ and ‘speak only when spoken to!’ have long gone.

However, we must be aware that what a baby learns in its first five years is the foundation for everything it will adhere to in later life. This is when their individual character starts to take shape and they begin to learn right from wrong. Every day their obedience, respect and good manners grow steadily with confidence as they find there are more things they can do.

During these early years their tuition is invariably in or around the home and as they grow up, no matter where they go or what they do, their home and parents are their sanctuary. How far have we drifted from this basic inborn principle for which there is no substitute?

The second thing is the deterrent. Much is said against physical punishment for offenders and the psychological effect it might have on them. Perhaps this sympathy and understanding for criminals has gone too far! No one would suggest we bring back flogging, but the older generation who suffered the Headmaster’s cane, and now and then got the well deserved hiding, would say it was a lesson well learned and it did much more good than harm. 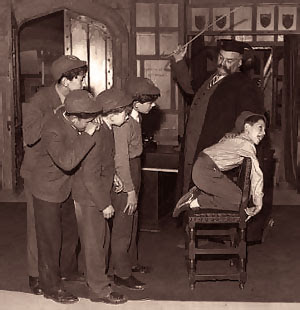 Our prisons are full. The only hardship for the inmates seems to be their confinement. Wasn’t there an instance when one was even allowed home for the weekend? They are all entitled to cigarettes, a good selection of programmes on television, snooker, darts as well as other games and they are all well fed with three meals a day. No wonder some of the regulars are not too bothered when their petty crimes get them sent down again and again. It’s got to be better than working!!? What happened to ‘Hard Labour’ and ‘sewing Mail-bags’. 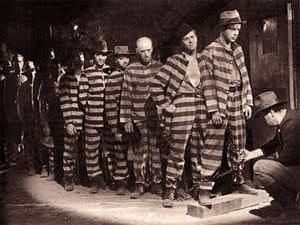 There is one obvious deterrent: Make all people detained in prison pay for their keep. If they have no money take their assets. If they have no assets make them work for their keep. The weekly rate should compare with that charged to our Elderly when they are put into a home and have personal savings. (About £480). The most severe form of punishment is probably Solitary Confinement which, without home comforts like television, papers, books etc. could be very effective.

Children of all ages, no matter what kind of upbringing they had, will always get up to mischief, and so they should! It is all part of growing up and at some time they all make a challenge to see how far they can go without being censured. Nevertheless, even from the earliest age, if they persist there must be a form of punishment which they will remember because it hurts, mentally if not physically.

Before we are able to feel safe in our homes and on our streets we must make every effort to ensure our children enjoy that essential love and guidance in a secure and stable home environment especially in those early years.

Then we must find a deterrent to use against those who have already reached that age and are already offending. It will be very difficult to occupy them with any sport or pastime which will give anything like the buzz they seem to get from the fear and distress they inflict on innocent people.

One thing for sure, something has to be done soon and no matter how successful the solution is, it will be some time before everyone is able to go about their daily lives without intimidation.