Then and Now – School Holidays

School holidays seem to come around more quickly than they did years ago! Concern has been expressed as to how children should be helped to occupy themselves during that time. This will be of most interest to those families where parents are working. 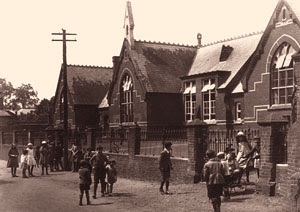 Before the days it became necessary to have two wage packets to maintain a decent standard of living there were parents who looked forward to School holidays. Especially larger families where a break in the daily routine of getting the children up, giving them breakfast, putting on clean clothes and hurrying them out of the house was welcome. It was a big help for any parent to have the older children at home to amuse and look after the younger ones, run errands and do other chores.

Getting her work done quickly enabled the mother to have more time with her family. One way she could reward them during the Summer holidays was to have a picnic. Packing a few cheese or jam sandwiches and making up a bottle of lemonade the family would head off to the Common or down to the river. 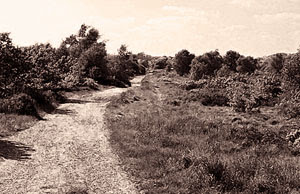 Here, depending on their ages and abilities, the children could paddle or swim. Calling at the Bazaar on the way, some were able to buy a net for a penny (or mum might have made one out of an old piece of muslin) so they could catch a few Gudgeon or tiddlers. They needed a jam jar with a string tied around the neck to form a handle so they had something to put them in. At about five-thirty when father finished work he would join them so they could all relax and have tea together. People accepted the dangers of the river and everyone, including the Schools, made a concerted effort to teach children to swim at an early age.

Generally, those under about ten amused themselves in their own back yard or one of their neighbours. Most of the dwellings were in tightly packed rows. Some had a small garden and others just a yard at the back. People mixed and supported each other quite a lot in those days and it was easy and quite safe for even young children to run from one house to another. 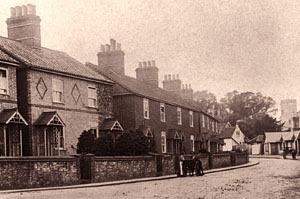 Teenagers had no problem finding ways to pass the time. When the Schools were closed they knew what time they had to be home for dinner and tea and that was their only restriction. Those on the new estates or living on the more congested streets and roads might join up with others their age and form a gang to organise games and sports.

The Saturday afternoon film shown at the local Cinema often had a bearing on what they did and where they went. If it was Cowboys and Indians they could act it out almost anywhere. For Jungle stories they had to take to the woods. Many youngsters asked their mother for a towel and were quite content to spend all their time swimming in the river or larking about on the bank. If they had access to a boat it was even more fun. 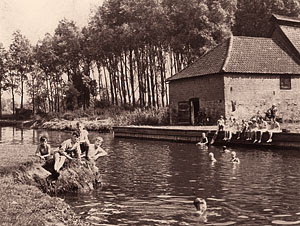 Of course, some of them got up to mischief and those that were caught had to be punished. Often twice – Once by the person they had offended and again by their parents when they found out about it. The important thing was they knew right from wrong and were fully aware of the consequences of their actions before they were caught. It was a lesson well learned. For most, the fun was in the excitement of the challenge to prove themselves and there was very rarely any malicious damage done.

So what can be done to help modern youth pass the time? A computer game, arranged sporting events or perhaps trips to various places of interest. Would any of these silence the familiar cry, ‘I’m bored!’

Children all appear to have so much these days and yet there seems to be little or nothing to arouse their adventurous instincts enough to get them to organise their own activities and pastimes.

Can they have experienced a thrill to equal the one their Grandparents got on finding an Elder bush which was accessible and ideal for the Pop-Gun they had always wanted to make. Or the joy when it was completed and they fired it for the first time.

Perhaps in today’s Computer Age our Offspring have their own ways of achieving that same feeling of satisfaction.