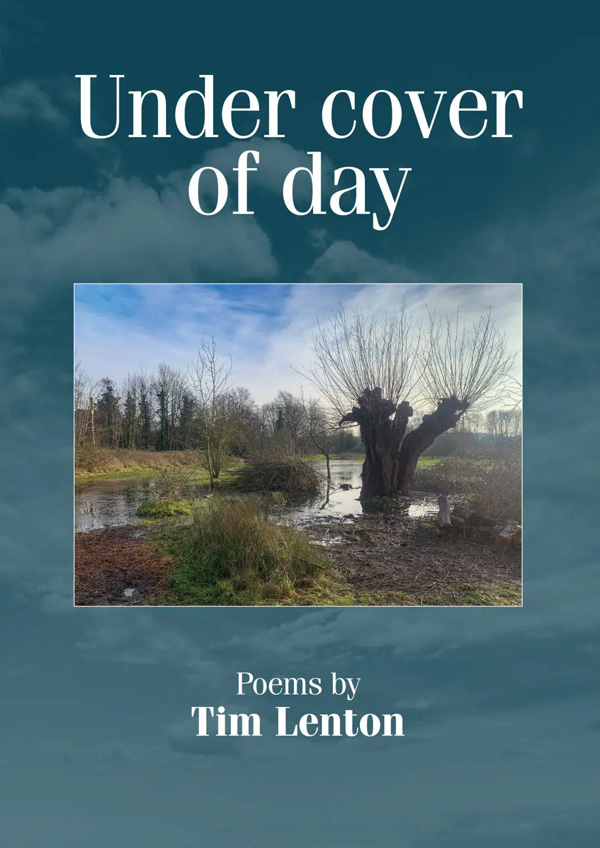 Award-winning Norwich poet Tim Lenton presents a new collection of his work, Under cover of day. Written between 2010 and 2020, Tim’s poems have been inspired by a wide variety of subjects, notably the Norfolk landscape, UK and overseas travel, Norwich Cathedral, The Rosary Cemetery in Norwich and the Covid-19 pandemic.

Under cover of day, price £6, is published by Paul Dickson Books www.pauldicksonbooks.co.uk .

Tim Lenton explains the background to his work: “These poems were written largely between 2010 and 2020. They reflect various places and styles. Although I enjoy writing to a strict structure, as in haiku and tanka, most of my poems are based mainly on rhythm and aim to be accessible and a bit mysterious at the same time.

“Life is in many ways a mystery, and to ignore this will make writing in verse forms too facile and unrewarding. But the poet must have a philosophy of life – a belief, if you like – that attempts to make some sense of the mystery.

“Poems must have a certain depth to make them worthwhile. But of course different readers will enjoy swimming at different depths. My aim as a poet is to make my words deep enough, but not too deep – rather as Einstein urged us to make everything as simple as possible, but not simpler.” 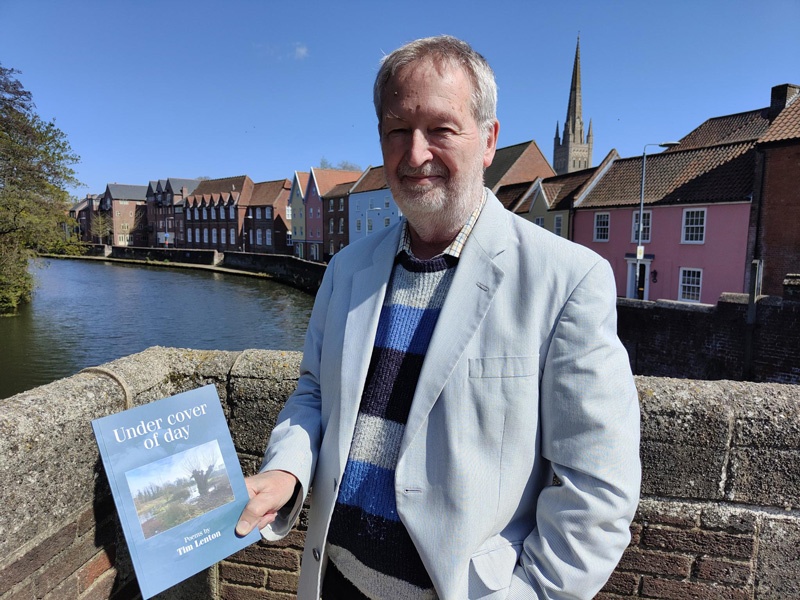 Tim Lenton is a prize-winning poet who has been writing and performing poetry for many years. He is a winner of the Fish International Poetry Prize and the Norwich Writers’ Circle Open Competition.

Tim’s work has appeared in a number of anthologies and he has published several books, sometimes with photographs and sometimes in conjunction with Joy McCall, an internationally recognised tanka and ryuka poet. These books include:

The Road Ends, Pictures and poetry from Iona, Cockleshell Press, 2014

Waving from a Distance, Skylark Publishing, 2016

He has also edited books and written poetry on behalf of the Paston Heritage Society. Published by Cockleshell Press, these include Another Country (2011), Oxnead: A Paston Treasure (2013) and In the Footprints of the Pastons, which includes a guided walk round medieval Norwich (2017).