A keen cook has made the most of a fantastic opportunity to brush up on his kitchen skills while gaining inspiration for healthy, nutritious new recipes after winning a Healthy Ambitions Suffolk competition.

Robin Wilkinson, from Ipswich, won a day-long cookery course at the Cooking Experience in Hadleigh after entering the prize draw during a visit to the Suffolk Show. He took part in a specialist seafood course, run by chef Mark David, and said it had given him the inspiration to try a host of nutritious and delicious new dishes. 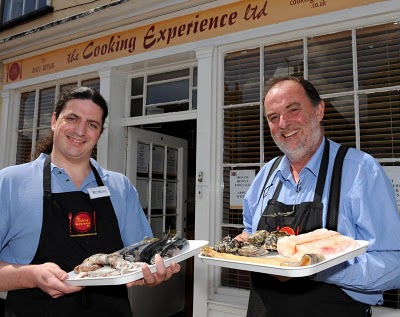 Mr Wilkinson, who is married with a 15-month old daughter, picked up his prize after filling in a form while at the Healthy Ambitions Suffolk cookery theatre and stall at the Suffolk Show. He had also received his show tickets free after Healthy Ambitions Suffolk gave out 100 to families to encourage them to get into the kitchen and start trying out some quick, easy and healthy recipes.

“I was surprised and delighted when I received the call telling me that I’d won the cookery course,” said Mr Wilkinson, who enjoys cooking for his family, as well as holding dinner parties for friends.


“I chose to go on the ‘seafood extravaganza’ course as I don’t cook much in the way of fish or seafood. My wife is vegetarian, so I only really cook fish for guests or relatives. My in-laws are also particularly fond of seafood, so I’m always keen to try preparing something new when they come to stay.


“The course was extremely enjoyable. There was a full complement of eight students, who were all really pleasant people, so in addition to the cooking it was also a nice sociable day.


“I found it useful to see how to prepare seafood properly as well as to cook it. I’d never been on a cookery course before, and got lots of new ideas, not just with the seafood but with the accompaniments as well. It had never occurred to me to cook cucumber before, but I’ve now learnt a wonderful recipe for a hot cucumber and dill side dish.” 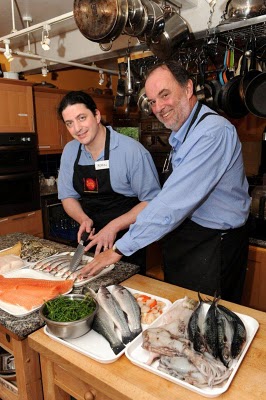 
“In addition, we wanted to show people that making simple changes to their diet can also have a big impact on their long-term health by helping them maintain a healthy weight while reducing their chances of suffering illnesses such as heart disease and diabetes.


“We were delighted to be able to offer 100 families the chance to go along to the show for free, while also giving one lucky winner this fantastic cookery course as a prize. We’re really pleased that Robin enjoyed the course and has discovered some delicious new recipes to enjoy in the future as a result.”